This past Sunday offered a free five hour-long nature show witnessed by half the planet; a nice alternative to the glowing screens many of us find ourselves staring at before we start the new week. Out of all those eyeballs and telescopes fixated on the Super Wolf Blood Moon, one incredibly perceptive viewer noticed a small flash on the lunar surface as it was exiting Earth’s penumbra, quickly realizing he had witnessed a meteorite impact in the middle of an eclipse!

Reddit user u/ahecht spotted the impact at 4:41 a.m. UTC (coordinated universal time) from his location in the Northeast United States, before confirming it on webcasts from observatories in Morrocco and California.

Footage of the meteor’s impact can be seen in a very brief flash of light around 2:11:01 in this video posted on YouTube.

While the moon is struck by meteorites of this size on a weekly basis, this may be the first time one has been officially spotted in the midst of an eclipse, according to National Geographic. The impact was unsurprisingly received with skepticism at first but was quickly corroborated by a number of recordings and viewers across the western hemisphere.

The strike was later confirmed by astrophysicist Jose Maria Madiedo from Spain’s University of Huelva.

As excitement quickly spread across the internet among amateur and professional astronomers alike, scientists began scouring the moon to find the new crater created by the meteor’s impact.

Despite the relatively bright flash captured by observatory telescopes, Madiedo told NatGeo the meteorite may have been as small as a football. But with the lack of any significant atmosphere, he estimates a rock that size could leave a crater up to six miles in diameter. Still, pinpointing a depression that small on a moon pockmarked with thousands of craters can be tricky.

Witnessing an event like this can be difficult as sunlight reflected off the moon is typically too bright, obscuring the flash that might be created from such an impact. But in this case the dimming caused by the eclipse allowed for that brief flash to be visible to viewers on Earth.

These events are the latest phenomena that add to quite a bit of recent interest in the moon, particularly in the wake of China’s Chang’e 4 probe landing on its dark side.

With all of this newfound excitement and attention, what else might we soon learn about that strange rock orbiting our planet? 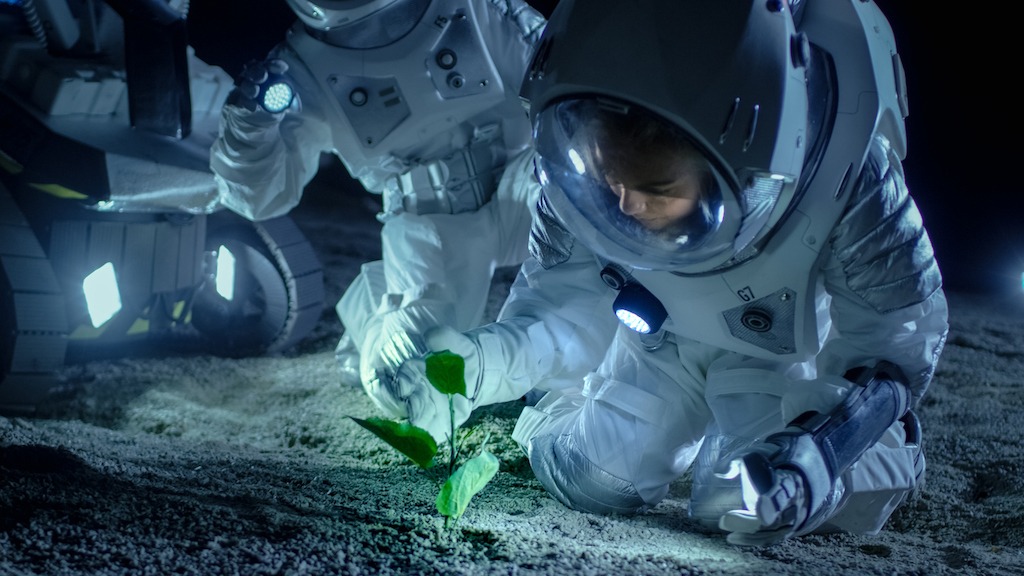 Researchers Discover Space Anomalies In Our Solar System That Will Shock You
February 15, 2017