Embracing Who You Are Right Now: The Magic of Writing for Yourself

It’s 5:30 in the morning, and I’m sneaking out to my living room, working hard to avoid making a sound and refraining from turning on any lights, in order to ensure that my three sleeping babies (and puppy) aren’t disturbed. Having safely made it to my cozy corner next to the fireplace, I reach for my laptop out of habit, only to be seriously annoyed by the harsh light beaming off the screen.

Next to me, in a small wire basket dedicated to my son’s arts and crafts supplies, I spy a small green journal, the same one he uses to write down sweet messages, doing his best to spell out things like, “I love you Mom. Come play with me.”

Holding the notebook up to the fireplace, I find a few blank pages in the back and begin to write down my thoughts. Although it has been several days since I’ve written with an actual pen, my hand quickly remembers how to move, allowing my thoughts to fluidly transfer to the page.

I start with a prayer of sorts, thanking the universe for my sleeping children, my husband who is quietly stirring chai in the kitchen and my warm fire. I allow my gaze to fixate on the fire, its crackling sound and its intense color. Suddenly my writing transitions to a poem, short lines, steady rhythm.

Taken by the beauty of the fire, my pen can hardly keep up with the voice in my head, which is now enthralled and entranced, unable to believe that I haven’t noticed the magic of the flames dancing in front of me.

The words pause. I close my eyes, still acutely aware of the heat from the fire and its blazing reds and oranges and blues.

I allow the voice in my head to rest as I move my attention to my breath, allowing its strokes to paint the walls of my nostrils. Ten in. Ten out. Repeat.

Slowly the noise in my home starts to win my attention.

The happy sounds of my son, Max, only seven months old, cooing in the bed next to his brother and sister who are still sleeping, compel me to stand up, inviting me to move mindfully to the next part of my morning ritual.

Get inspired about the power of presence

Why I Write (For Myself)

As someone who writes for a living, spending several hours each and every day crafting letters into words and words into sentences, you might think that I would want to do anything but write in my spare time.

And, for awhile, I thought so, too.

Having ditched writing for myself, however, for several months, I was amazed at how much I actually missed it. And, more surprisingly, how much I really needed it.

Writing for yourself is completely different than writing for someone else. Personally, it feels like allowing yourself to breath versus being told when to breathe. Your breath can only go so long when it’s dealing with constraints before it gets weary.

When you take time to write for yourself, giving yourself the freedom to explore without forcing the results, you experience something very similar to a meditation practice. In fact, you could argue that it is absolutely meditative. Just like meditation invites you to practice the art of non-grasping, so does writing and journaling. By allowing the words to flow seamlessly to the page, without putting forth any effort to control what’s coming out on the other end, you give yourself the space and opportunity to mentally let go of thoughts, ideas, and things, some of which you might not even know are on your mind!

When I removed space to write for myself for those few months, I physically felt a build up of tension and anxiety. I didn’t sleep well (and it wasn’t just because I was waking up to breastfeed). I was more irritable than usual.

In fact, it was that irritability that compelled me to pick back up my morning writing practice.

One afternoon, I found myself talking so short with my five-year-old, ordering him around and getting annoyed if he didn’t jump to my requests as fast as I’d like, that I scared myself. Angry, upset, and sad, my son shut himself in his room. A few minutes later, he slid a handwritten note out from under his door. It read, “I DON’T LIKE YOU MOM”, accompanied by a picture of what I assume to be me with a big X through her.

It broke my heart.

Right then and there I decided I needed to recommit to “tending to my mind,” as I like to call it. I set my alarm for an hour and a half earlier than I was getting up and thumbtacked my son’s message on my bulletin board to remind me why.

It is no exaggeration when I say that even just one morning of writing, meditation, pranayama, and asana made all the difference.

I found myself calm again. I was able to deal with interruptions, arguments, obstacles with so much more ease. I listened more attentively that day. I, above all, felt this strange sense that I was lighter.

Using Journaling as a Form of Detox

Now, several months back into my morning writing ritual, I am sold on the importance of writing for yourself. The effects it has had on me are so life-changing that I have started creating space for it in the yoga classes I teach, as well as for my family.

A student of mine the other day, wanting to skip the ten minutes of writing I had set aside to work on her handstand, asked me why it was important.

“Give me a good reason and I’ll do it!” she joked.

I thought for a moment and decided that the best way I could explain it was that it was like a detox, only instead of for your gut, it was for your brain.

Intrigued, she sat down with the blank journal I gave her and began, joining in the silence with the rest of the class that morning. The ten minutes went by and everyone, including this woman, were still writing feverishly, pens ceasing to stop. Then another five minutes passed. Then ten. 22 minutes later I could feel a collective release. Pens slowly dropped to the floor. Eyes closed. Smiles formed.

“That felt good,” she told me as she packed up her bag. “Are we doing it again tomorrow?”

If there’s anything yoga and meditation love to teach students, it’s the art of being present. Tuning into the “now,” as teachers say, and letting go of the before and after allow you to drop into a space that is surprisingly peaceful.

If you’ve experienced that space, you know exactly what I mean.

And, if you haven’t or have struggled with the quiet practice of meditation, I would recommend watching the video with Sally Kempton below right now.

Teaching The Mind Its Own Freedom

What I love most about being present, whether it’s through writing, meditation, yoga, or simply observing your body and breath, is that it reminds me that I am perfect. Right here. Right now. Not “perfect” in the impossible sense, but perfect in the imperfect kind of way.

Who we are as individuals is constantly changing. There is no stopping that. It’s part of being alive! But, for so many of us, we are consumed only with that change, always looking at what’s next, how to be better, how to improve…

The magic in life, however, isn’t in looking ahead. It’s in looking in. And you can only do that when you’re still, present.

5 tips to get started with journaling:

1. Set aside intentional time to do it, just like meditation, and make it a habit.

2. Don’t come to your journal with a specific “to do” in mind. Allow yourself (and your mind) the freedom to explore.

3. If you’re used to typing, change things up by writing with pen and paper. If you write with pen and paper a lot, try a different tool (like a marker or pencil) to signal to your brain that you’re doing something different (i.e. it’s not a grocery list!)

4. Give yourself some quiet time to digest the process. Just like Savasana is necessary after practice, so is some stillness after a good journaling session.

5. If you’re really stuck for inspiration, start by looking around. What do you see? As you write, try to pay attention to more and more subtle details. What do you smell? Hear? Feel? Work from the external world, in.

Julie Schoen is an internationally acclaimed yoga teacher, retreat coordinator, copywriter, brand storyteller, and content marketing strategist. She is also the Founder and Head Writer at Buzzyblogs.com. She is a leading female social entrepreneur in the United States, author of over twenty best-selling books, mom of three, wife of one, and an expert at putting her foot in her mouth, figuratively and literally. Julie currently lives in New Mexico and Colorado. 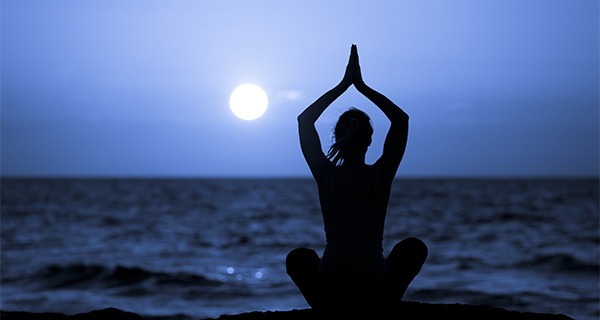 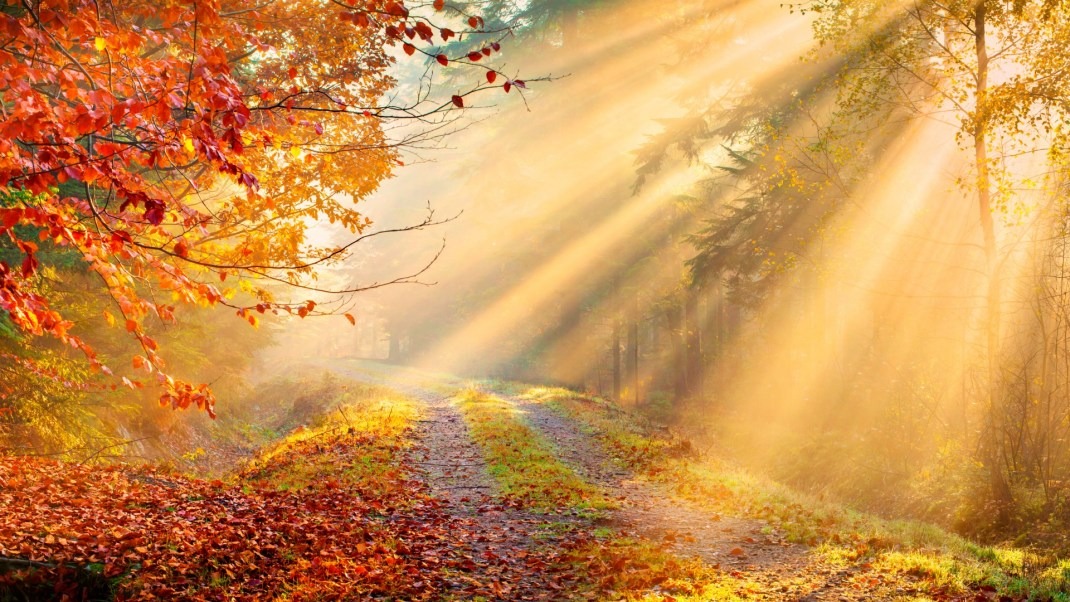 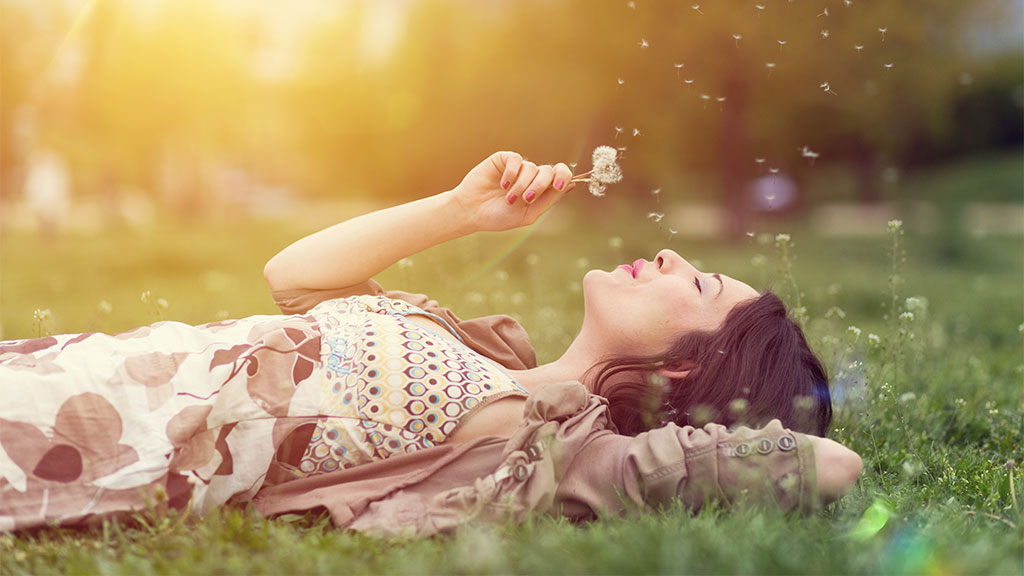 Five 5-Minute Rituals That Will Instantly Transform Your Summer
May 24, 2018 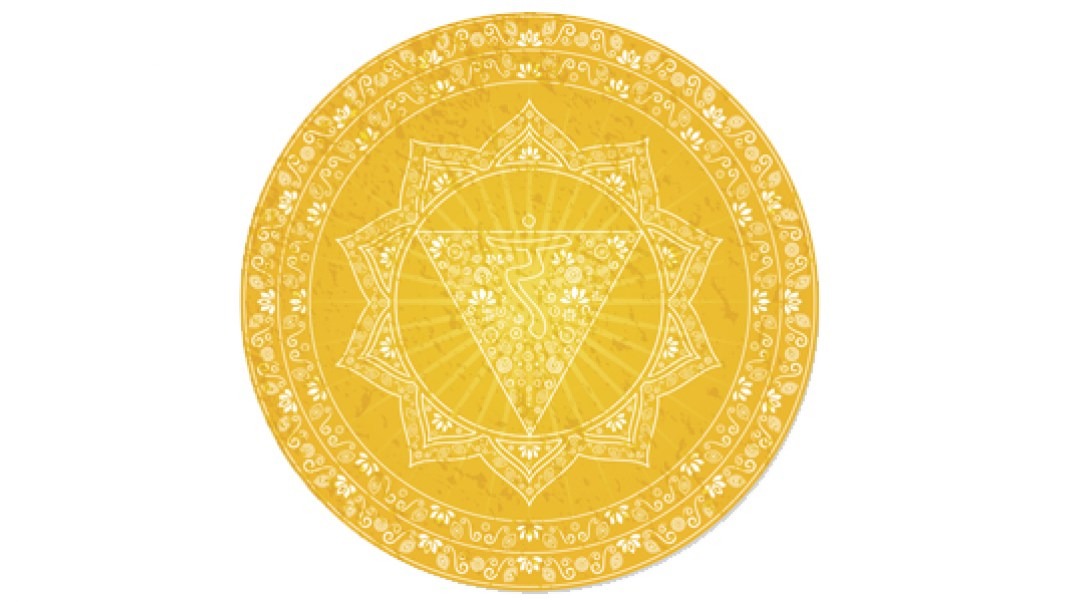 How to Balance Your Solar Plexus Chakra
April 28, 2016