The UAE Plan to Colonize Mars; Who Will Make It First?

Several years ago, the United Arab Emirates announced its intent to develop a space program, with a long-term plan to colonize Mars. Joining the ranks of several other nations as well as a few private organizations, the Emirates set a not-too-lofty goal of establishing its colony by 2117, an entire century from now. So, how will this country’s social, economic and political dynamic stack up with other entities planning on achieving this same feat?

Sheikh Mohammed bin Rashid al Maktoum is the vice president and prime minister of the Emirates, he is also the ruler of Dubai. His city has been at the forefront of modern urban development, pushing the limits of civil engineering and design, with his eyes now set on the final frontier.

With the announcement to start a space program and eventually develop a colony consisting of over half a million residents, the UAE aims to cultivate scientists and engineers within its own borders, while also collaborating with members of the international community. The country has designated over $5 billion for space technology, beginning with the development of a probe to orbit the red planet.

The program is part of Sheikh Mohammed’s plan to move the country away from its dependence on oil as its driving economic factor, instead shifting in the direction of tech and aerospace engineering. With pending budget cuts to NASA, the country is likely to attract some of the top minds in the field, including students from several American universities already involved in the development of its first probe. 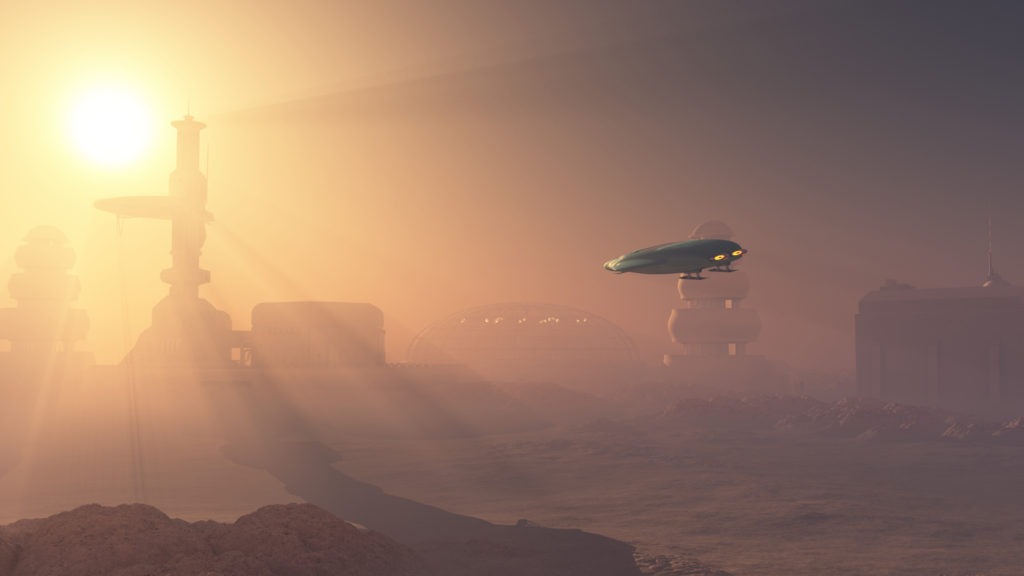 Although Sheikh Mohammed carries parliamentary titles, the UAE is not a democracy like most western countries. Instead it is a federation of absolute monarchies, governed by a council that also consists of appointed members. In the UAE, presidencies and ministerial designations are mostly hereditary and the only elected body holds very little power, acting mostly for consultative purposes.

Sparing a discussion on the human rights track record and political freedom rankings of the UAE, it will be interesting to see how effective the country’s concentrated, decision-making body will affect its ability to achieve the goals laid out for its space program. Unlike the U.S., the Emirates won’t have to bend to the constant shift in political parties from opposite ideological spectrums, taking office every few years.

It seems the UAE space agency could potentially function more like a private company, such as Space-X, but with access to more money. Once it educates and attracts the caliber of employees necessary to achieve Mars 2117, the country could become globally competitive.

Comparatively, Space-X initially invested only $1 billion to get its Falcon rocket program off the ground, a fifth of what the Emirates are investing.

Space-X and other Private Missions to Colonize Mars

Lately, Elon Musk leads the charge for a manned Mars mission within the near future, garnering public excitement and support for his cause. With NASA focused on the International Space Station and government funding in constant flux, Musk saw an opportunity for a privatized space program that might achieve what NASA couldn’t focus on.

His acclaim as a leader in alternative energy and innovation with massively successful businesses, easily attracted investment without the bureaucratic hurdles faced by government-funded space agencies. This has been key to the success of Space-X and its novel jet propulsion program, which effectively designed reusable rockets.

Space-X currently collaborates with NASA, sending its Dragon spacecraft to the ISS to transport supplies and crew. The two have a symbiotic relationship; NASA uses Space-X to run practical missions that test its technology for future, more technical missions, while Space-X gains access to the years of insight and knowledge NASA continues to build on. Meanwhile, those missions Space-X runs for NASA provide the lucrative contracts needed to execute the company’s goals.

When it comes to making those big steps that require a hyper-focused effort and concentrated spending, Space-X has an easier time directing its efforts. Over at NASA, a broader net is being cast on a multitude of goals with oscillating budgets. In fact, over the past 30 years or so, NASA has wasted $20 billion on projects that never came to fruition, often due to a lack of funding.

Although Musk’s plan to lead a manned mission to Mars in the coming decades has missed important deadlines and is still hypothetical in its implementation, he at least has plans for how to fund it, theoretically.

To get to Mars, Musk wants to build a rocket roughly the size of the Saturn V, used during the Apollo program, but one that is cheaper than any rocket ever built. This predecessor to his Falcon Heavy hasn’t been named yet, but is being referred to as the “BFR,” an acronym that isn’t necessarily appropriate to be spelled out. He also says, in order for colonization to be feasible, the cost of a manned mission to Mars must eventually be brought down to around $200,000 or less.

This type of cost reduction only comes through multiple iterations, continuous innovation, and an adroit plan to use the rocket as a moneymaker.

Musk thinks he can figure this out by employing his reusable rockets to transport civilians anywhere around the world in less than an hour. It’s unsurprising that the privatization of the aerospace industry would inevitably deliver a novel consumerist solution to fund its goals, but is it practical?

NASA stated its desire to lead a manned mission to Mars, and it is arguably the only agency that has the know-how to do it. Still the top space program in the world, NASA has successfully landed unmanned missions on Mars – 14 times.

Getting to Mars is difficult and dangerous. A mission there requires 300 million miles traversed, all while being bombarded with harmful and sometimes deadly cosmic radiation. That doesn’t even include how hard it is to land once you get there.

When NASA lands rovers on Mars, they approach the atmosphere at 12,000 mph. From there, they have four minutes to allow the friction in the atmosphere to slow down the craft to 1,000 mph before parachutes deploy, bringing it to a speed of about 200 mph. There are then six seconds for the thrusters on the craft to slow it down for landing. If all that didn’t sound technical enough, the heat that must be withstood through all of this is astronomical.

Musk believes his BFR will be able to land with crew and supplies through all of this, then take off and return repeatedly. NASA has said it believes it would be more feasible to keep a supply vessel in orbit, in the event something goes wrong on the planet. These proposals from both organizations would also require a lander that could support at least 10 times the payload of any previous Mars landing.

The biggest hindrance for NASA, despite nearly $20 billion in funding this past year, would be redirecting its focus and spending away from the ISS to a manned Mars mission. Management of the ISS is currently headed by the U.S. with the majority of NASA’s efforts spent there.

While some of the testing is conducted with a Mars mission in mind – including Scott Kelly’s year in space –  the agency would have to shift gears significantly to undertake such a mission. To do both would demand a massive increase in budget, which doesn’t look like it will happen anytime soon, considering next year’s budget is being cut by half a billion dollars.

Even if NASA gave a manned Mars mission and future colony the green light, it would face more political issues, including opposition to the potential disruption of the Mars biome, and the possibility of harmful bacteria making its way back to Earth. These issues are not as great of a concern for private companies which wouldn’t have to answer to public fears and opinion.

So, what exactly is the solution to a successful mission to Mars, and how soon might it happen? It seems as a collective civilization we have the means, manpower, and technology to make it happen. It will just be a matter of logistics and the right combination of public and private sector coordination. 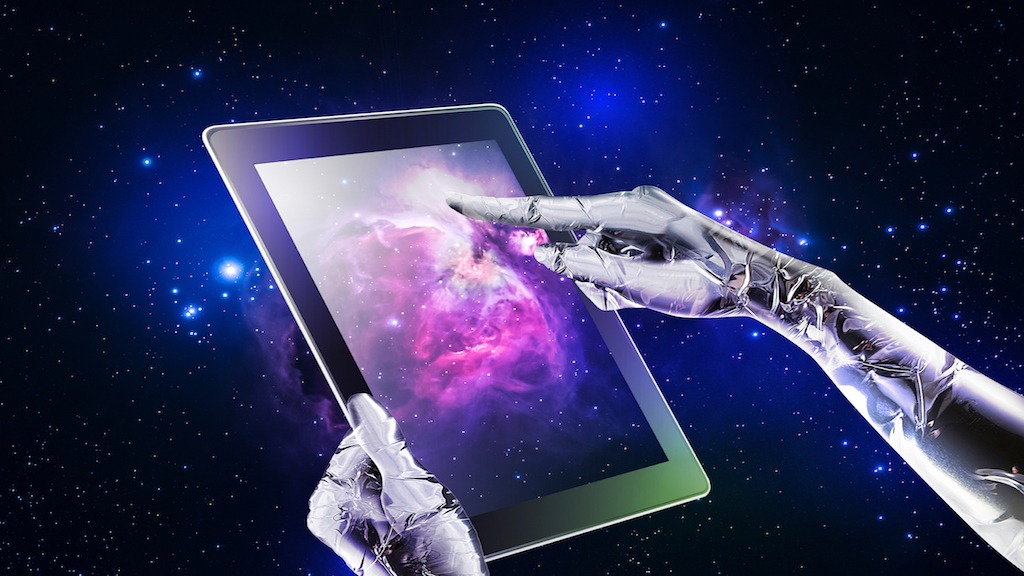