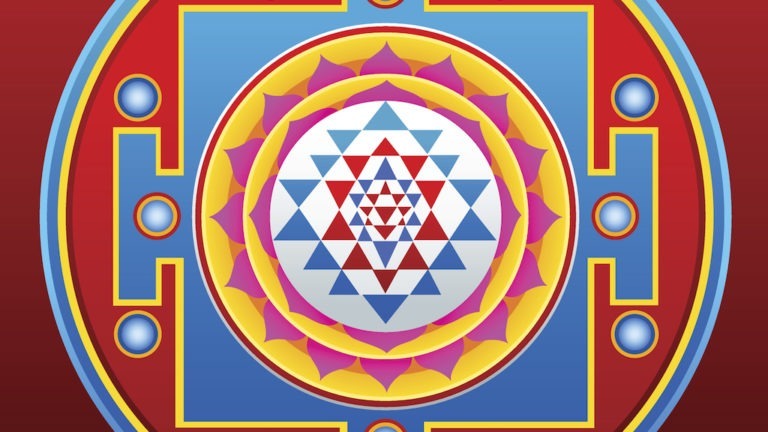 The Queen of Yantras: The Shri Yantra

The Shri Yantra, called the “queen of yantras,” (rajayantra) is the symbol of the great divine mother principle, the source of all energy, power, and creativity. Vedic traditions, specifically the Shri Vidya school of tantra, regard the design as the representation of the universe as well as the body of the goddess related to the feminine principle of shakti or energy. Every line, triangle, and lotus petal symbolizes a specific type of shakti.

The outer square represents the earth element. In Vedic sacred geometry, the square corresponds to the earth. The outside square represents mundane emotions, such as anger, fear, and worldly desires. The yogi meditates on the outer square to defeat these disturbing energies. The T-shape structures in the square are considered the gates of the four directions, and the entry points of the yantra. 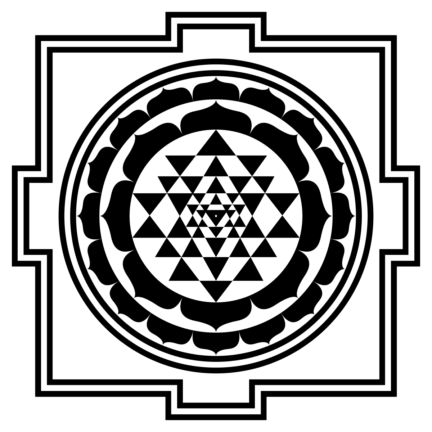 Next are three circles representing the past, present, and future. Within is the first ring of sixteen lotus petals representing complete fulfillment of all hopes and desires. Specifically, the petals represent the ten organs of perception and action (tongue, nose, mouth, skin, eyes, ears, feet, hands, arms, and the reproductive organs), and the five elements: earth, water, fire, air, and space. The sixteenth petal represents the mind, which gathers and interprets information from the perceptions of the interactivity of the elements.

Next is an eight-petal lotus. Each petal governs a specific activity: speech, grasping, motion, excretion, enjoyment, revulsion, attraction, and equanimity. Within the inner lotus is the first set of interlocked triangles. Those that point upward represent the masculine principle, downward represent the feminine. These triangles also represent qualities and Shaktis.

Starting at the lowermost outer triangle and moving in a counterclockwise circle, they are agitation, pursuit, attraction, delight, delusion, immobility, release, control, pleasure, intoxication, an accomplishment of desire, luxury, mantra, and the destruction of duality.

The ten smaller triangles in the third circle represent, beginning at the same, lowermost triangle and moving counterclockwise: omniscience, omnipotence, sovereignty, knowledge, destruction of all disease, unconditional support, vanquishment of all evils, protection, and the attainment of all desires. The fourth circle of triangles, again starting at the same point and moving counterclockwise, represent: sustaining, creating, dissolution, pleasure, pain, cold, heat, and the ability to choose action.

Shri Yantra geometry is trickier than it looks — for centuries, mathematicians were required to create accurate Shri Yantras, free of mistakes. It was assumed that no matter how carefully it was created, there would be tiny inaccuracies that could not be seen with the naked eye. Bear in mind — the thicker the lines and the cruder the rendering of a Shri Yantra, the higher the odds that it is an inaccurate depiction. The Shri Yantra Research website offers drawing instructions but has also developed software that renders mathematically accurate yantras.

How to Use the Shri Yantra

If you are using a Shri Yantra in a home or office, the Vedics recommend that it faces East. They also suggest occasionally bathing the yantra, if it is a copper and gold plate, in milk or rose water. If you want to go all out, place dots of sandalwood paste on the four corners of the yantra. Keep your yantra from accumulating dust or dirt. If the metal changes color from the milk/rosewater bath, it’s ok, the yantra is fine.

There are any number of Shri Yantras meditations, but one very direct way to bring the geometry into one’s consciousness is with a gazing method. This technique is used with many sacred symbols.

Sit comfortably in a position that allows you to remain alert. Have your Shri Yantra image on hand as well as your blank white surface. If using a white wall, be sure you have a clear view.

Set the timer for five minutes and begin gazing at the yantra image. Keep the gaze soft — let the eyes relax and passively allow the image to enter the visual awareness.

Stay focused on the image. If the mind wanders, bring it back without judgment or reactivity.

When five minutes are over, immediately move the gaze to the blank white surface. Allow the afterimage to take form — colors will be reversed, i.e. black to white. Keep gazing at the afterimage as long as you can see it. When it fades, close your eyes, and allow any remaining afterimage to emerge. Keep your attention on it until it completely fades.

Repeat as many times as you like. Try doing the practice for 30-days and find out what happens to life under the influence of the Shri Yantra. 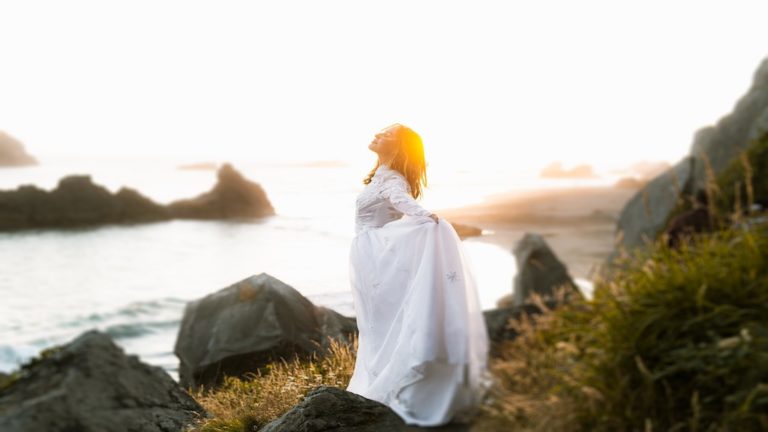 Our ability to breathe is fascinating, as it’s one of the only systems in our body that can be controlled both voluntarily, through the central nervous system, and more often involuntarily, through the autonomic nervous system. This overlap between the two systems is the reason why focused, intentional breathing methods through yoga and meditation are able to affect other involuntary muscles like the heart.

Our breath is what gives us life and without it, the human body cannot exist. But is it possible to better your life by paying more attention to how you breathe?

When we breathe, the average adult draws in about 13 pints of air into the lungs every minute. From the lungs, that oxygen is then transferred from the air sacs in our lungs throughout the body via red blood cells to the blood vessels that distribute it to nearly every system. Meanwhile, waste gases, like CO2, are exchanged and filtered out.

For the average person with good lung health, the amount of oxygen in the blood, or the arterial blood gas (ABG) oxygen level, should be somewhere between 95-100 percent oxygen. 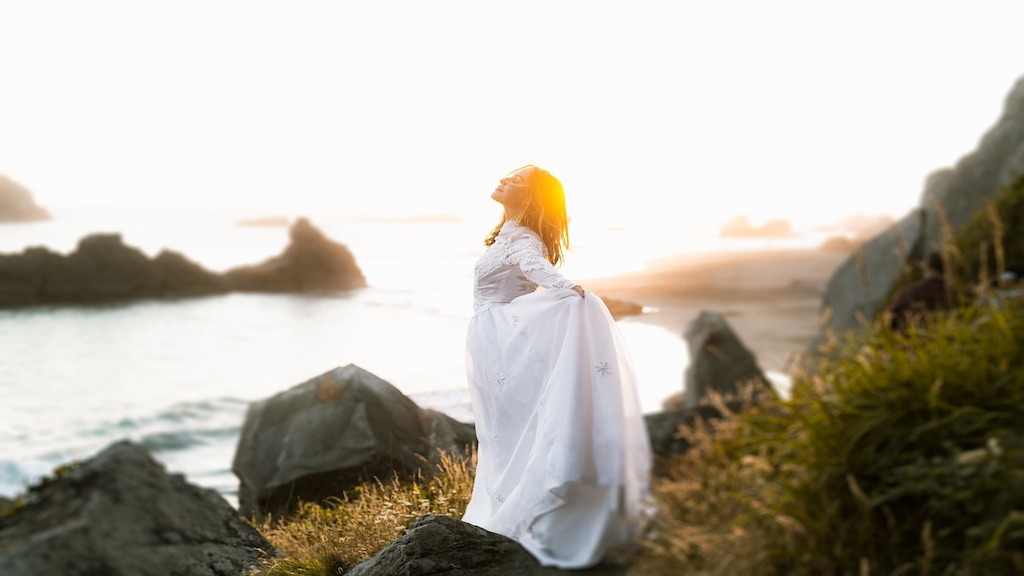 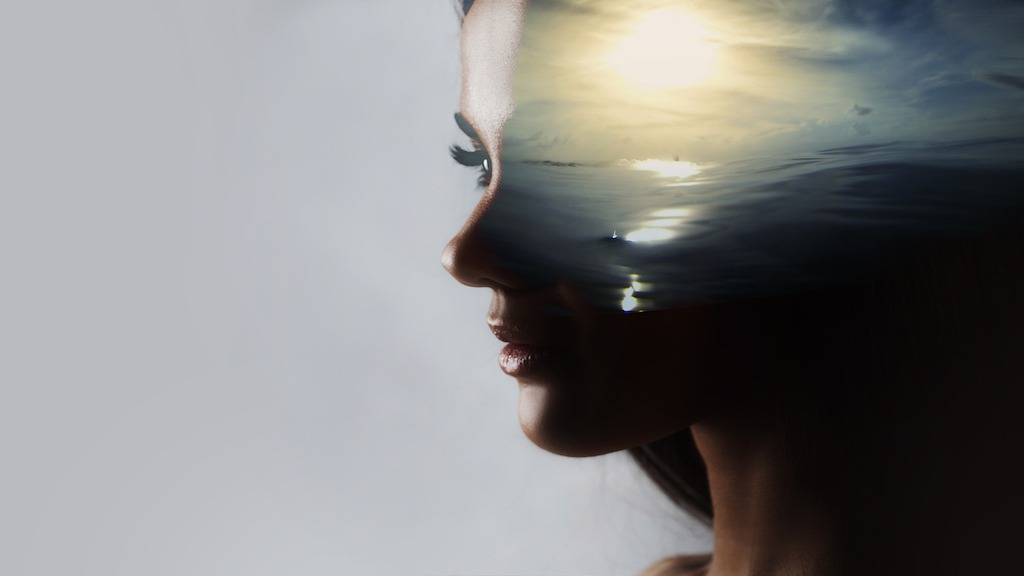 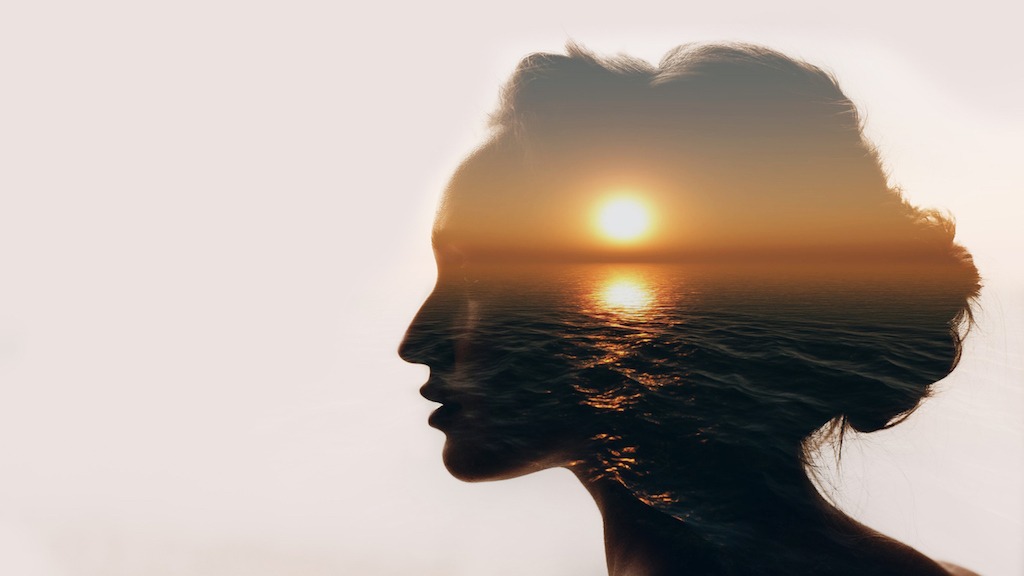 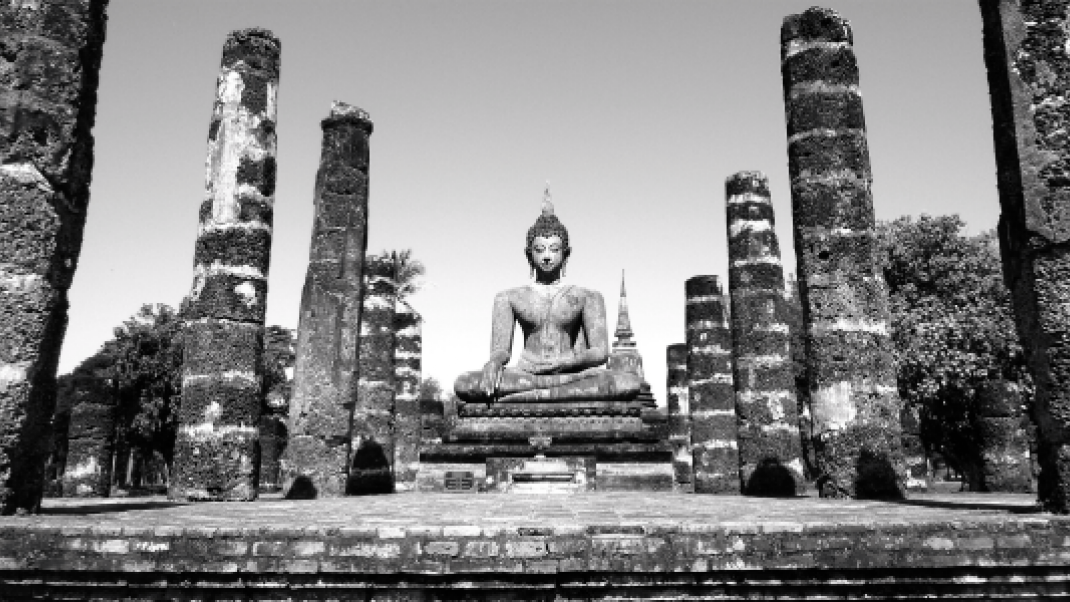