I hadn’t consistently practiced yoga in a few years, and returned to a devoted practice mostly for the health and stress relief benefits. But, of course, when the body is pushed and challenged, you naturally start to feel physical change as well. It’s all connected, and when that hit me, I was incredibly happy I’d felt drawn to practice again. It was something I needed. I tend to believe in everything as a calling (whether the calling is where to go on a Friday night or a change in careers, you follow the feeling), so feeling called back to yoga, I began to search for what was best for me. What was I looking for?

I knew that healing fear, getting more centered, and feeling stronger, mentally and physically, were all reasons to do yoga. Relieving stress and releasing anxiety and worry were driving forces, and with each session, I experienced release. I felt stretched beyond my limits inside and out, more so than when I first began practicing. I knew it the good stuff was at work: prana, circulation, the blood flowing, stronger legs, a sense of weightlessness, and letting go of worry and expectation.

I had no idea that something more was…calling me.

Reflecting now, I can see that the unexpected discovery makes perfect sense. In November, I began a series on my blog—which exclusively covers minor league baseball— featuring stories by guest writers of personal and emotional experiences that connected them to baseball. I’d been thinking a lot about finding new meaning in my writing and I heard my own calling to write something about my life to kick off the series. I couldn’t explain the inspiration, I hadn’t thought about doing that before, but I sat down, feeling guided, and a personal story flowed. I’d always been extreme in not sharing too much of myself. Partially for professional reasons, but I just never felt comfortable with oversharing. I still don’t. I knew this was different. It was right.

I shared my story of physical abuse at the hands of a past boyfriend and how that experience shaped my life in baseball. I went into a lot of graphic detail, though omitted many more. I couldn’t share everything comfortably, but I felt the flow through my fingers with every word. I don’t think I edited more than five words. The words naturally poured freely onto the page. The reaction after I published was incredible. I felt lifted by the love and support, knowing I’d given something of myself for a purpose. I also felt unburdened in many ways. Writing wasn’t just supposed to be one thing or another (income, career-oriented, one specific beat), but whatever inspired, scared, or made me feel I was stretching creatively. This was one of those moments and I hadn’t felt that in awhile.

I didn’t know there was more until I tried Eagle Pose. Then I realized the extent.

For whatever reason, I’d actually never tried the pose. My first yoga go-around, I seemed to stick with mostly lying-down and only a few standing poses. So when I tried Ashley Turner’s classes, I was doing a lot of standing. When I heard her say to prepare for Eagle Pose, I knew what was coming. I would have to lean all my weight on one leg.

What I didn’t explain in the story on my blog, was that as a result of the abuse I suffered, I have permanent nerve damage in my right leg. I’m unable to lean much weight on that side. When I stand, I shift to the left. When I sit, I cross my legs right over left and I sleep on my left side. If I don’t do those things, I feel pressure and tingling, soon followed by stiffness and pain if I don’t pay attention.

The injury has become part of me. It’s not something I think about or feel upset about. It just is. I hadn’t thought about how I was imposing my own limits, and that, if I tried, I could overcome them, even a little bit.. I was scared because I knew going there would hurt. What I hadn’t expected was how much I would release emotionally just by trying.

I started with the left leg, because it was easier, and, fortunately, it was where she started. I felt the anticipation building when I came out of the pose. It was time to shift weight to the right. It was time to try.

“Concentrate on one point…with each exhale, lower yourself a little deeper…”

I focused on the tops of the barren trees in the distance outside my window, the bird fluttering about. I lowered myself deeper, scared, feeling pain and discomfort. I kept going. I took a last inhale and released.

When I came out of the pose, I paused and sobbed.

First of all, I was glad I wasn’t in a group class! But joking aside, it was a transformative moment. I had spent so much time saying that the wound didn’t bother me. People were always horrified when I explained what had happened, but I would wave that away. I was good at waving away my real feelings. Truthfully, I sometimes couldn’t find a way to express my real feelings or even understand them. I struggle with that still. And I have my coping mechanisms, and that can lead to confusion. I had confused strength with fear. I was afraid to say, ‘You know what? This bothers me a lot. I’m angry that this is with me. That, in some way, HE is still with me. This isn’t fair, it sucks, and I want to sleep on my left side.” But it was more than that.

A deeper truth dawned on me. I had set the limit in my mind, making it bigger. By allowing myself to put all my weight on the right in the pose, I let go of something. I faced a difficulty, and pushed through the pain, and felt stronger for it. I also felt something lift from my chest when I stood. That experience had weighed me down in ways I hadn’t recognized. Suddenly, years of pain came into the light, and a simple yoga pose helped me look at it straight on and face the challenge.

I now practice that pose everyday. Even if Eagle Pose is the only yoga-centric thing I do all day, I do that. Because I’d rather think of myself as one of those free birds outside my window, or an eagle, than a wounded bird that can’t get her damn wing to work. 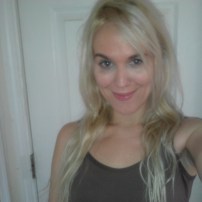 Jessica Quiroli is a baseball and high school sports reporter for Minor League Ball and the Durham Herald-Sun, as well as the creator of her own baseball blog ‘Heels On The Field’. Jessica has been published in the Binghamton Bulletin, The Trentonian, The Worcester Telegram, and on MLB.com. She practices yoga and meditation most days of the week.
Website: www.highheelsonthefield.net
Twitter: @heelsonthefield 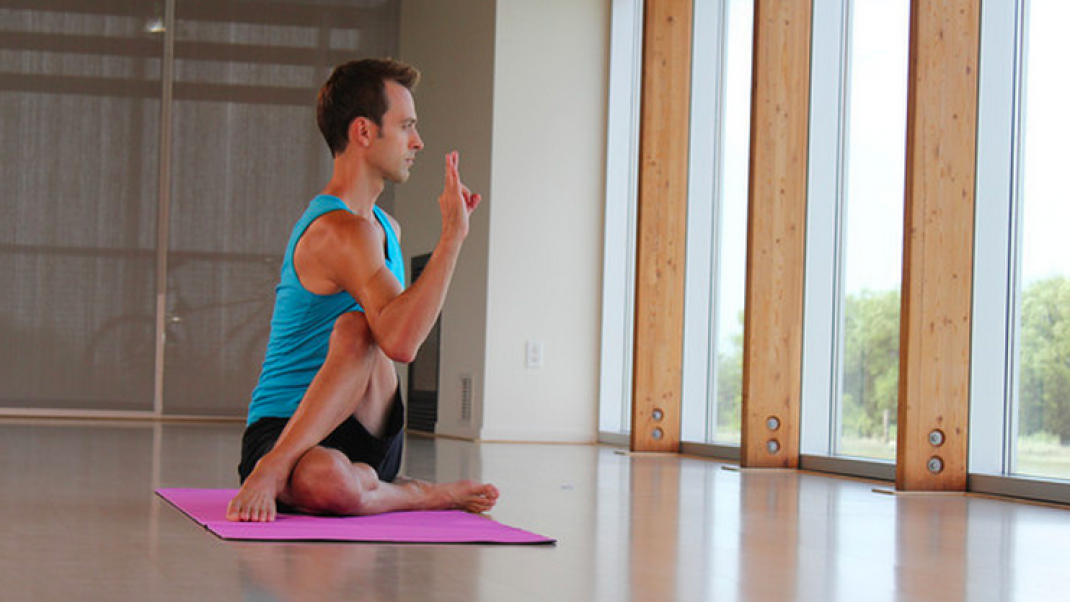 Keep the Pain Away: Wrist Compression and Yoga
June 1, 2016 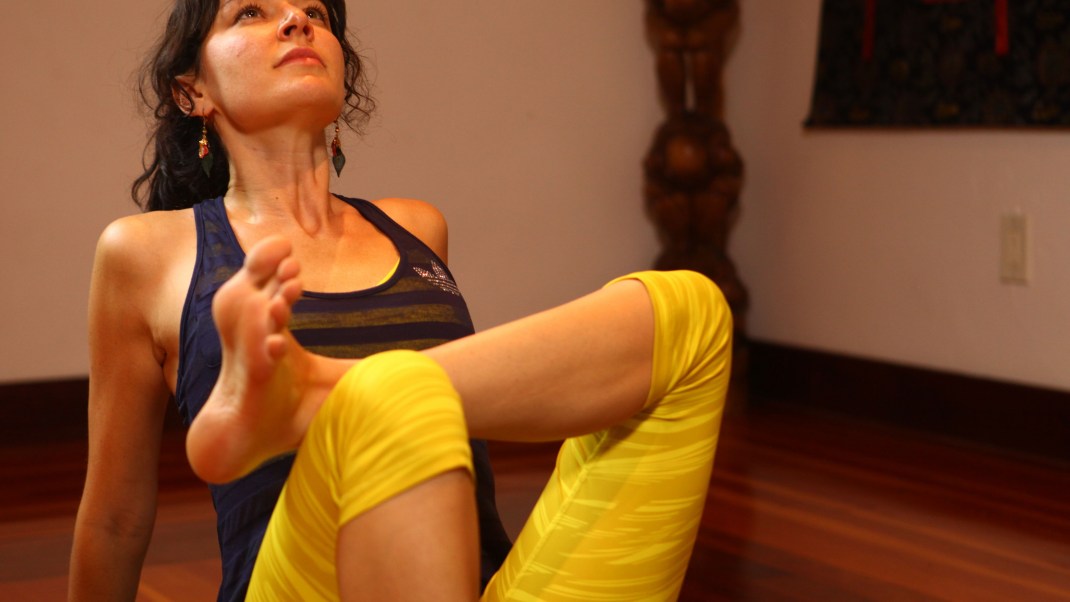 Heal Yourself of Chronic Pain with Yoga and Breath
October 25, 2013 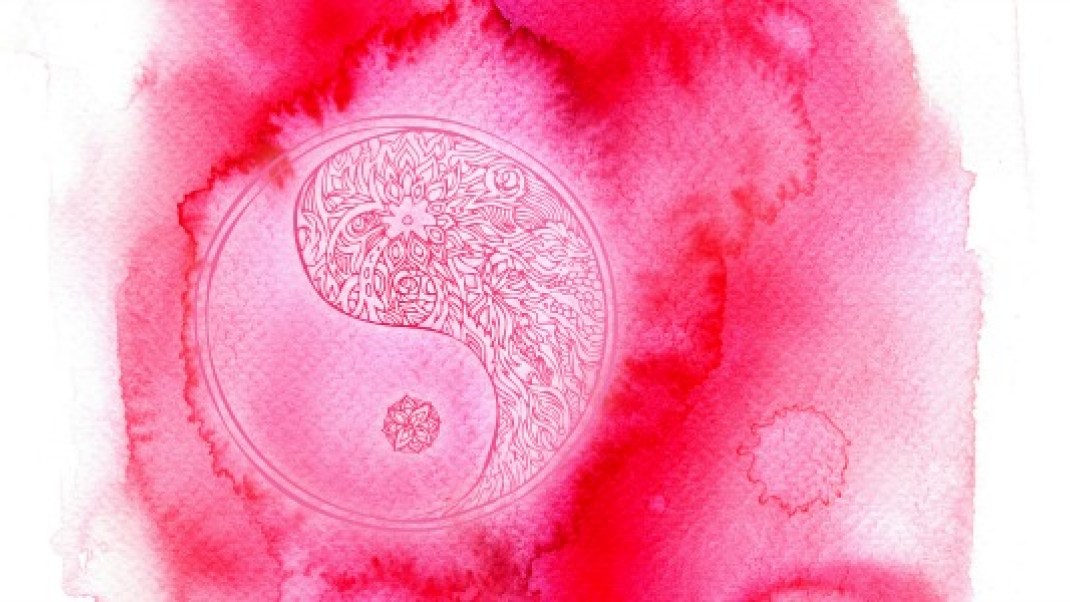 Therapeutic Yoga: A Journey From Pain to Presence
March 24, 2016