Crashing waves. The thump of a palm against a taut drum skin. The wail of a new born baby. Sound is our tether to the present, to one another, and to our deep and ancient sense of the world. Throughout the ages, ancient sound technology, created through voice, instruments, and the natural world has provided healing and spiritual connection.

Every ancient civilization is based on the belief of the sanctity that is sound, from the Old Testament’s verse, “and God said, let there be light,” to the meditative ohm of the Hindu tradition; sound represents a spiritual significance that is essential to the human relationship to nature, self, and one another.

The first ancient people known to use sound as a healing power are the indigenous people of northern Australia. The ancient culture created a kind of sound healing, expressed through the didgeridoo, or its ancient name, the yidaki. Made from fallen eucalyptus branches hollowed out by termites, the didgeridoo is considered to be the oldest wind instrument, dating back more than 40,000 years. Used in ceremonial rituals and for its healing properties, the didgeridoo was also a way to communicate across far distances due to the unique sound waves which are believed to be able to be heard through the earth. The low frequencies produced by the didgeridoo are thought to heal, help with mobility, and open up energetic flows.

North American indigenous cultures incorporated “reciprocal participation” in their tribal ceremonies with a complex and interconnected musical exchange that ranged across nations and tribes. Used for ritualistic purposes, creative expression, and healing, making and sharing music has always been central to Native American daily life. But while drums, flutes, and other percussive instruments play an important role, the human voice is considered to be the most important instrument.

According to the American Indian Heritage Foundation (AIHF), “ [u]nusual, irregular rhythms and a somewhat off-key style of singing is used. No harmony is ever incorporated, although sometimes many people sing at once, and other times the vocals are solo. The Native American vocals are passionate, used to invoke spirits, ask for rain or healing, or are used to heal the sick.” AIHF states that “many researchers feel that Native American music is some of the most complex ever performed. The tensing and releasing of the vocals combined with varying drum beats makes it a very intricate form of art.

In ancient Egypt, seven vowels served as sacred sounds, creating a strong euphony, or harmonic convergence. In addition to the human voice, Egyptian high priestesses played the sistrum in ceremonies, a kind of rattle with metal discs attached to it that generated an “ultrasound” to enhance healing, and which is still in use today. The ancient Egyptians believed so strongly in the power and sanctity of sound that there are no vowels present in their written language of hieroglyphics.

Ancient Greece gave birth to what we refer to as music therapy. Pythagoras, who most know as the father of mathematics, and the founder of the Pythagoras Mystery School, is also believed to have discovered musical intervals.

He wrote, “each celestial body, in fact each and every atom, produces a particular sound on account of its movement, its rhythm or vibration. All these sounds and vibrations form a universal harmony in which each element, while having its own function and character, contributes to the whole,” creating what Syrian philosopher Iamblichus referred to as “musical medicine.”

Similar to the ancient Egyptians, the ancient Greeks built healing chambers designed for “dream sleep,” which also incorporated the therapeutic use of reverberant surfaces and parallel-facing stone walls, as well as musical instruments.

Vocal chanting is also prominent in ancient Chinese and Tibetan cultures, with intricate variations to positively impact physical well-being, psychological health, and spiritual mastery. Beyond the human voice, Tibetan singing bowls have been used for centuries for healing and brainwave stimulation. They’ve been likened to “the sound of the universe” unfolding. Lastly, Tibetan gongs encompass the entire audible sound spectrum, considered to have a positive effect on overall cellular health.

As evidenced by the importance that sound played in ancient cultures, in pre-Christian times, the Tritone, an imperfect harmonic interval, was considered to be the pathway to understanding the world. But according to Richard Merrick, “with the fall of Rome, Christianity became politicized by emperor Constantine and ‘pagan’ knowledge of harmony in nature was forbidden. This was even legislated by Church law and enforced by the Inquisition, and for hundreds of years harmonic knowledge was pushed underground.”

Despite, or in response to this prohibition, interest in ancient sound technology flourished throughout the ages. In fact, a number of famous historical figures believed in and practiced Cymatics, the study of “sound and vibration made visible, typically on the surface of a plate, diaphragm or membrane.”

Leonardo Da Vinci observed and wrote about dust that formed specific shapes depending on vibrational levels: “I say then that when a table is struck in different places the dust that is upon it is reduced to various shapes of mounds and tiny hillocks.” Galileo Galilei wrote about using a chisel to scrape a brass plate and observing a “long row of fine streaks, parallel and equidistant from one another,” thought to be caused by the sound vibrations.

Most famously, German musician and scientist Ernst Chladni of the mid-1700s and creator of the “Chladni Figures,” discovered that geometric patterns could be made through the stroke of a violin bow against a brass plate filled with sand, one of the most important milestones in the field of acoustics.

Interestingly enough, the Rosslyn Chapel of Scotland (built in the 15th century) the Rosslyn cubes, cymatic geometric designs placed throughout the chapel’s ceiling, resembled Chladni’s figures, and led many to believe that ancient sounds were indeed inscribed directly into the surface of the chapel’s interior. Composers Thomas and Stuart Mitchell spent two decades decoding the mysterious cubes into the “Rosslyn Motet.”

Into the 20th and 21st centuries, the fascination with sound technology has continued. As recounted by Dr. Kathy J. Forti, Nikola Tesla experimented with “acoustic sound waves which started an earthquake in the building of his New York City laboratory. He recounted how the beams in the building started to shake as if their molecular structure was being affected.” Physicist Mary Desiree Waller expanded on Chladni’s work through her book, Chladni Figures, a Study in Symmetry which was published in 1961 and included mathematical equations explaining the earlier sound technology for modern scientific acoustic students. Most recently, English acoustic engineer John Stuart Reid conducted cymatics research in the Great Pyramid in 1997, which studied the resonant and healing effects of granite, the material used to build sarcophagi.

It’s believed that reverberance or sonic levitation was utilized to build places of worship and burial spaces such as the pyramids. Abul Hasan Ali Al-Masudi, 10th century Arab geographer and historian who was known as the “Herodotus of the Arabs,” wrote about a magic papyrus believed to be placed under a stone that when struck with a metal rod would create a vibrational moving path.

There exist modern accounts of Tibetan monks using their deep chants and sacred instruments to move boulders and seem to confirm the belief that the power of sound, amplified by a large number of people, could create vibration powerful enough to levitate large and heavy objects. Swedish engineer Olaf Alexanderson writes of an eyewitness account in which “priests of the far east…were able to lift heavy boulders up high mountains with the help of groups of various sounds… the knowledge of the various vibrations in the audio range demonstrates to a scientist of physics that a vibrating and condensed sound field can nullify the power of gravitation.”

Almost no ancient architectural plans exist and legend recounts that monoliths and megaliths were thought to have been built by scores of slave labor. But according to Stephen Wagner, “in almost every culture where megaliths exist…a legend also exists that the huge stones were moved by acoustic means—either by the chanted spells of magicians, by song, by striking with a magic wand or rod (to produce acoustic resonance), or by trumpets, gongs, lyres, cymbals or whistles.”

ANCIENT SOUND TECHNOLOGIES IN USE TODAY

In 2005, Stephanie Rosenbloom reported in The New York Times that “a new kind of sound therapy…has begun to attract a following.” She sites vibrational medicine, use of ancient tools such as Tibetan singing bowls, tuning forks, and a “return to ancient cultural practices.” Sound technology is now integrated into treatment for cancer, strokes, pain management, mental well-being, stress reduction, dementia, and Alzheimer’s.

In 2019, MIT’s Picower Institute for Learning and Memory published results of a study which found “strobe lights and a low pitched buzz can be used to recreate brain waves lost in the disease, which in turn remove plaque and improve cognitive function in mice engineered to display Alzheimer’s-like behavior.” One of the researchers reported that “when we combine visual and auditory stimulation for a week, we see the engagement of the prefrontal cortex and a very dramatic reduction of amyloid.”

Beyond the medical community’s adoption of sound technology into research and treatment, it appears that a new generation of acoustic science thought and tools are emerging. The CymaScope, a “scientific instrument that makes sound visible” developed in 2002, is impacting all scientific fields and recently breakthrough in the field of dolphin language research and in Mereon research, an energy pattern that may lie at the heart of creation.

From science research labs, hospitals, to healing centers and yoga studios, the consensus is that modern sound technologies, which contain a multitude of ways to soothe, calm, and heal, owe a debt of gratitude to the ancestral lineage from which they were born. 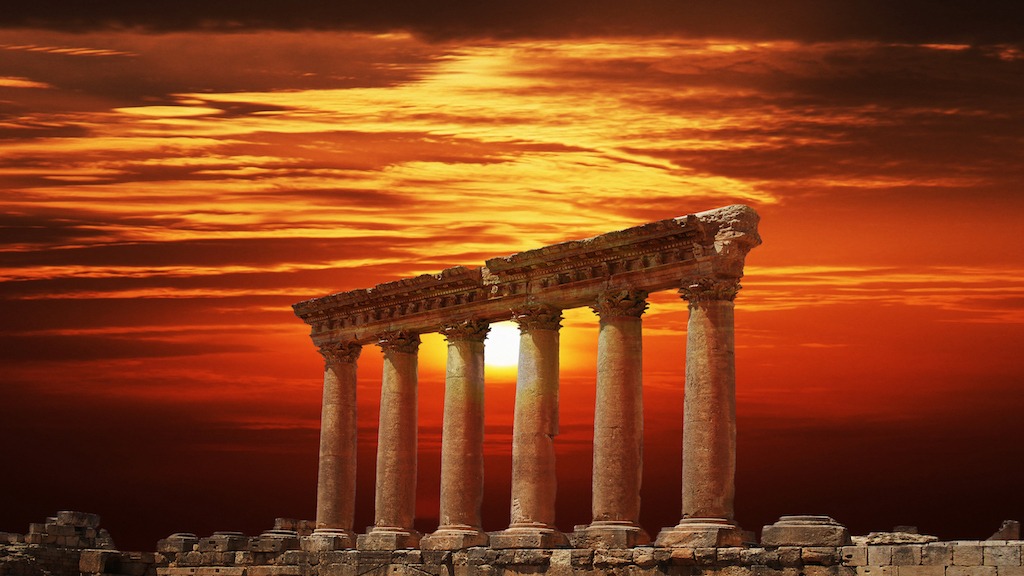 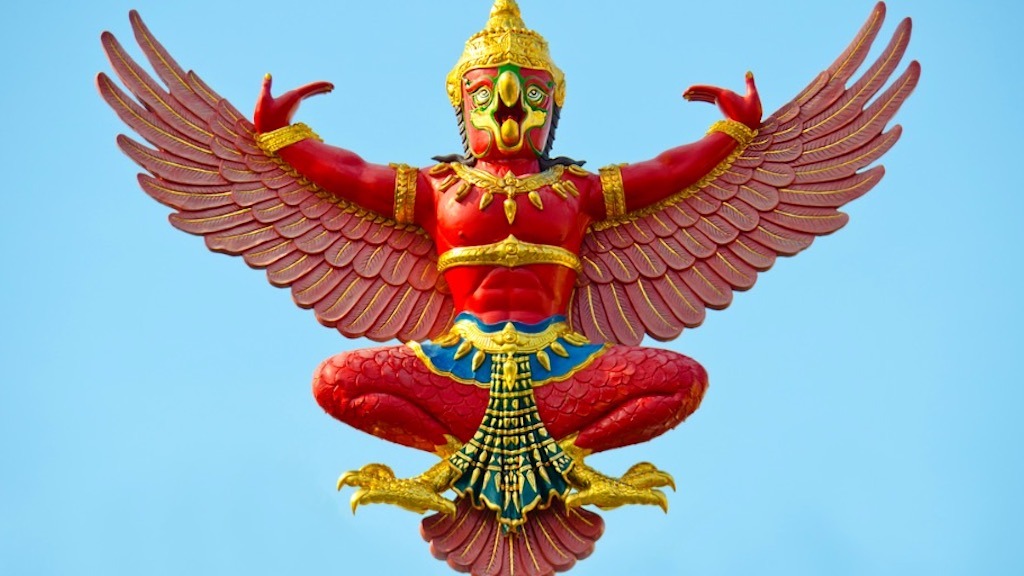 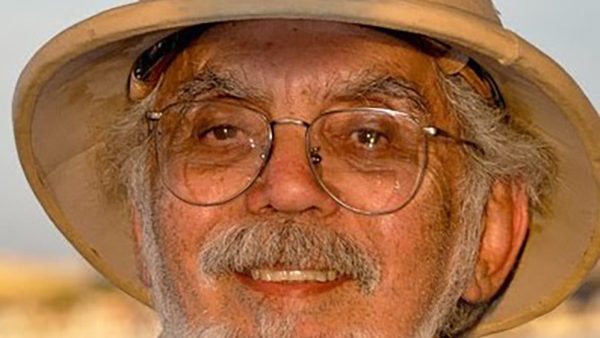 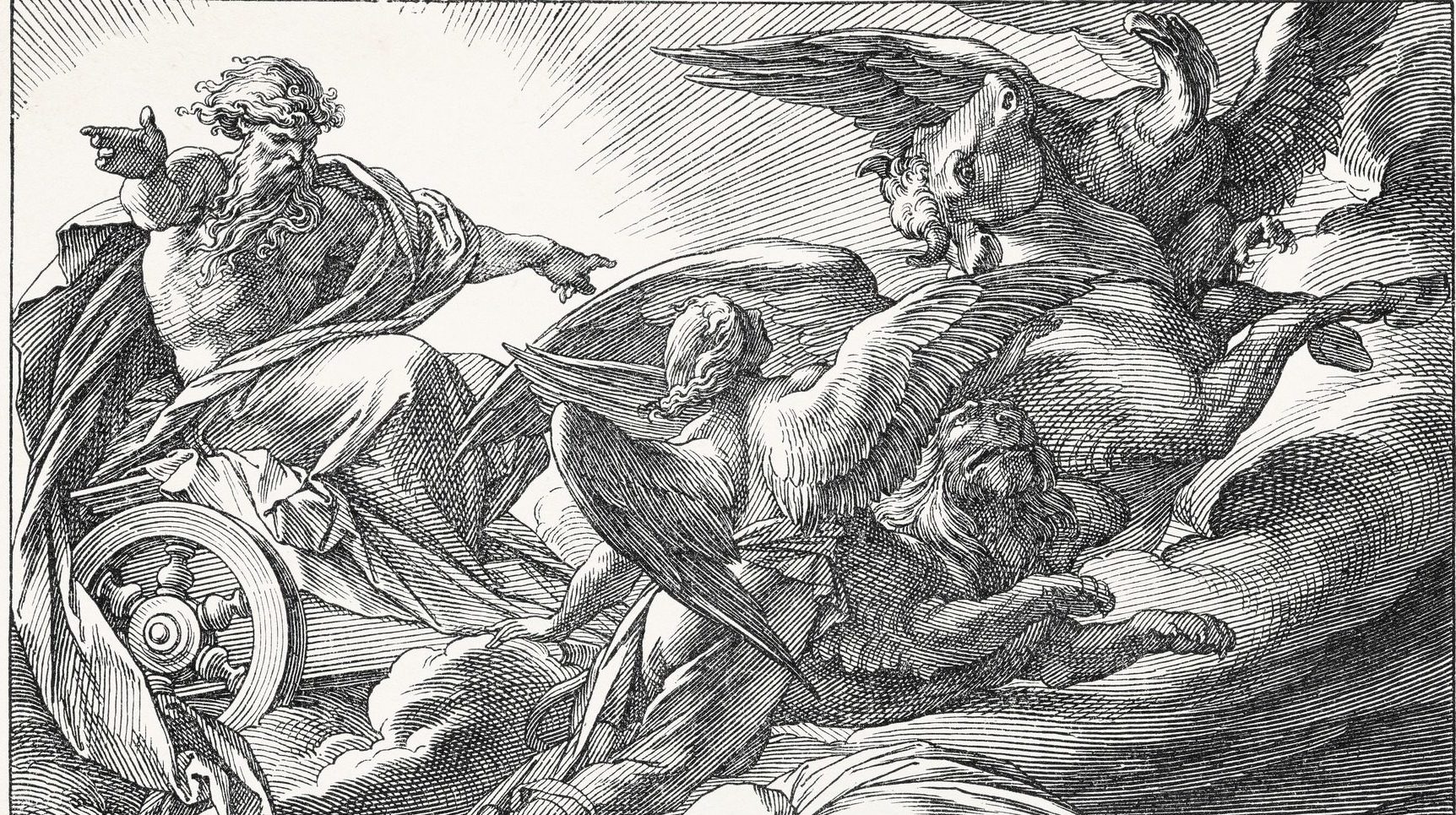