Why Does Your Mala Necklace Have 108 Beads? 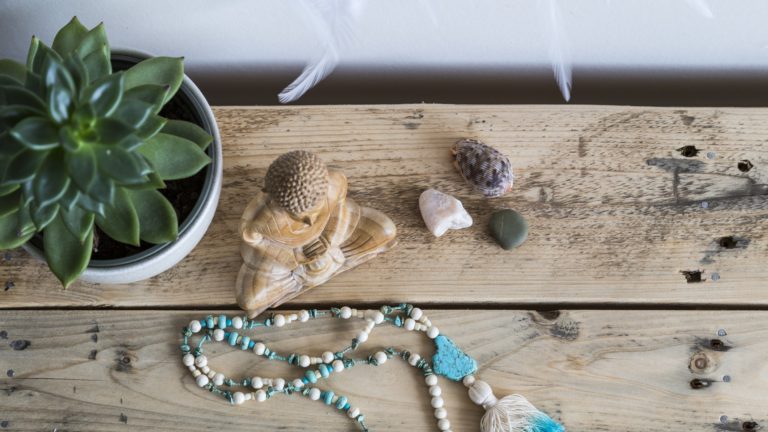 From the yoga studio to a night on the town, people are donning mala bead necklaces around the globe. However, this trend is steeped in meaningful tradition and symbolism. Each mala necklace has 108 beads, and each bead evokes an energetic frequency based on its material, whether stone or seed.

What is the Significance of 108?

The number 108 has a range of significance across many different cultures and disciplines. For example, this number informs the architecture of sacred texts that are central to yoga and eastern philosophy. As a devoted scholar of yoga and tantra, Shiva Rea explains in Tending the Heart Fire, “there are 108 chapters of the Rig Veda, 108 Upanishads and 108 primary Tantras.” And these texts are written in Sanskrit, a language comprising 54 letters, each with a masculine (Shiva) and feminine (Shakti) form, 54 x 2 = 108. Listed below are just a few of the many relationships that carry this number.

Ayurveda and Other Religions

In in the field of Ayurveda, there are 108 sacred places, or marmas, in the body, identifying intersections of matter and consciousness. When manipulated, these points can awaken and align the vital energy. Members of the Vedic tradition see this number as denoting the wholeness of the universe: one represents the solar masculine, zero represents the lunar feminine and eight represents the infinite nature of all things. In the classic japa mala, used in Buddhism and Hinduism, there are 108 beads used for prayer and mantra.

Mathematicians favor the number 108 for its countless patterns and potential divisions. For example, it is divisible by the sum of its parts and most of its proper divisors, making it a semi-perfect number. Through the lens of astronomy, the diameter of the sun is approximately 108 times that of earth and the distance from our planet to its solar star is, on average, 108 times the diameter of the sun. A similar parallel relationship also exists between the earth and the moon. 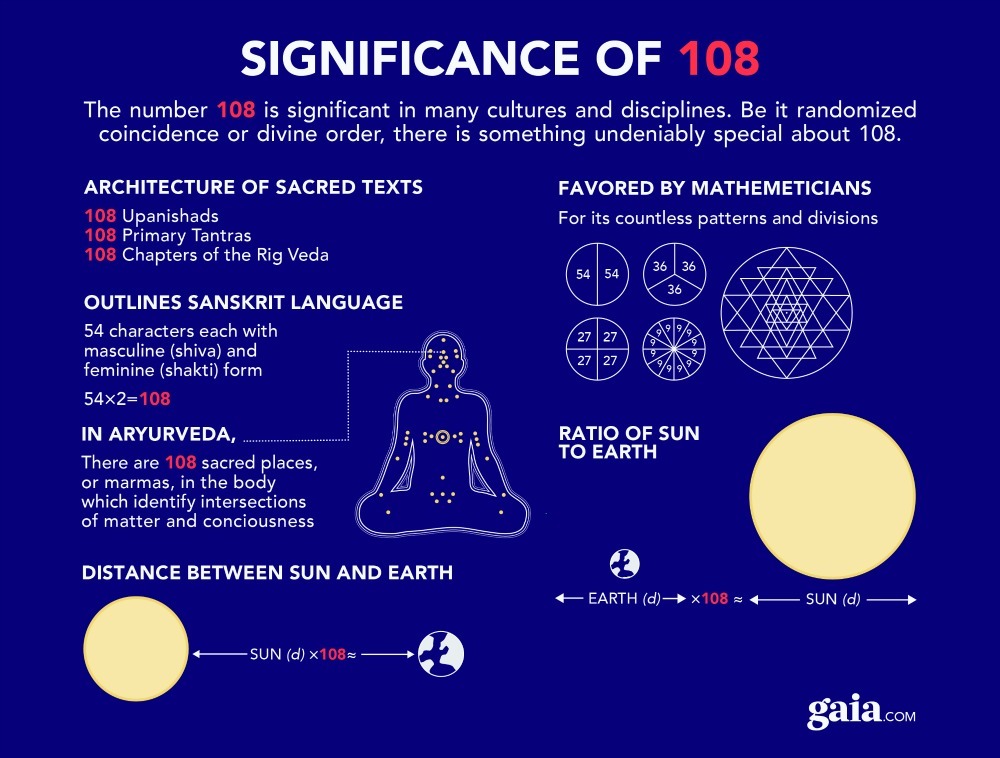 What is a Mala?

A mala, meaning garland in Sanskrit, evokes a circular, continuous form. In practice, a mala is the devoted offering of repeated cycles (typically in divisors of 108) of mantra japa or yoga asana. Within a mala, there is always a sense of beginning, continuing and completion. Both inside each individual cycle and in the practice as a whole. This three-form (trimurti) quality allows us to embody, in practice, the rhythmic cycles ever-present in the natural universe: creation (srishti), sustaining (sthiti) and destruction (samhara).

How to Use Your Malas to Meditate

You can use your malas to meditate anytime, anywhere. First, select a mantra, intention or prayer that you would like to repeat.

You can focus your mantra on yourself or on others. There are many to choose from, in English or Sanskrit. Choose the right one for you and go with it. Through your practice, your malas will become infused with the energy of your mantra and prayer. Keep in mind that some practitioners believe each mala has one unique mantra or dedicated prayer. Here are a few ideas:

Find a comfortable seat and hold your malas in one hand. Start with the guru bead, the large bead at the bottom. Hold it between your thumb and middle finger, then start moving your fingers along each bead and repeating your mantra aloud or silently. The index finger represents ego, so try not to use your index finger as you count. Try closing your eyes, repeating your mantra, and feeling for the guru bead, which signifies you have reached 108. 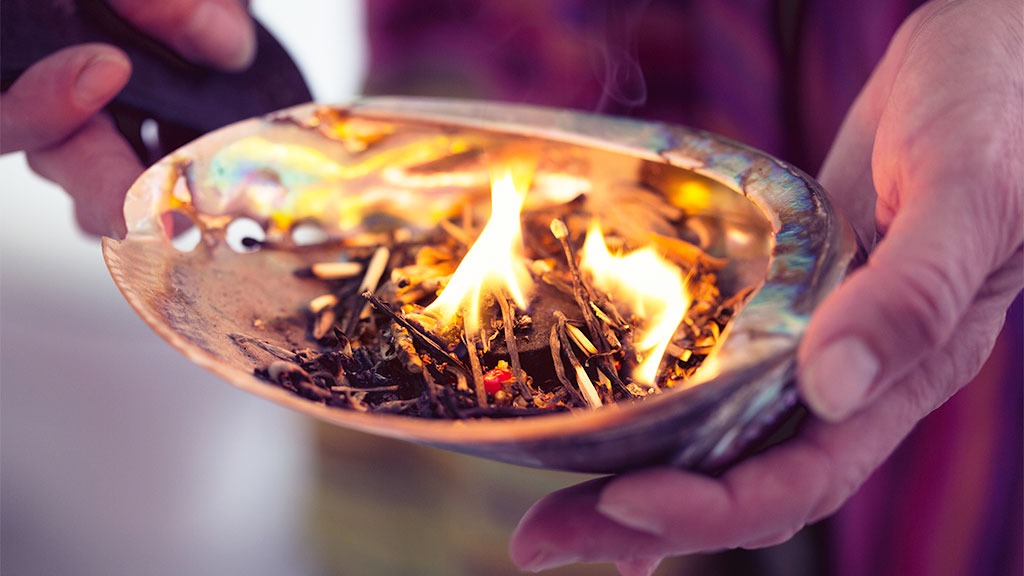 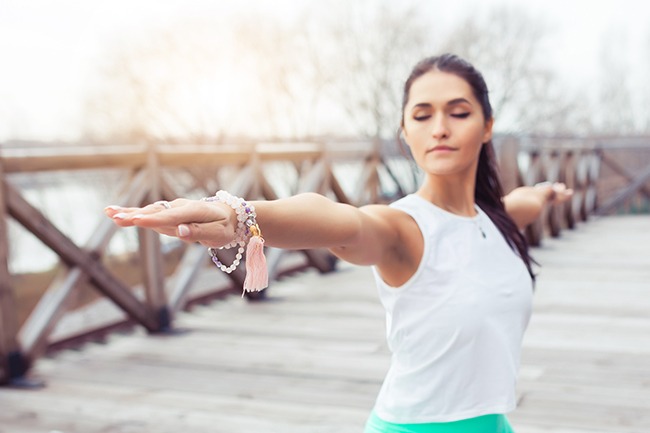 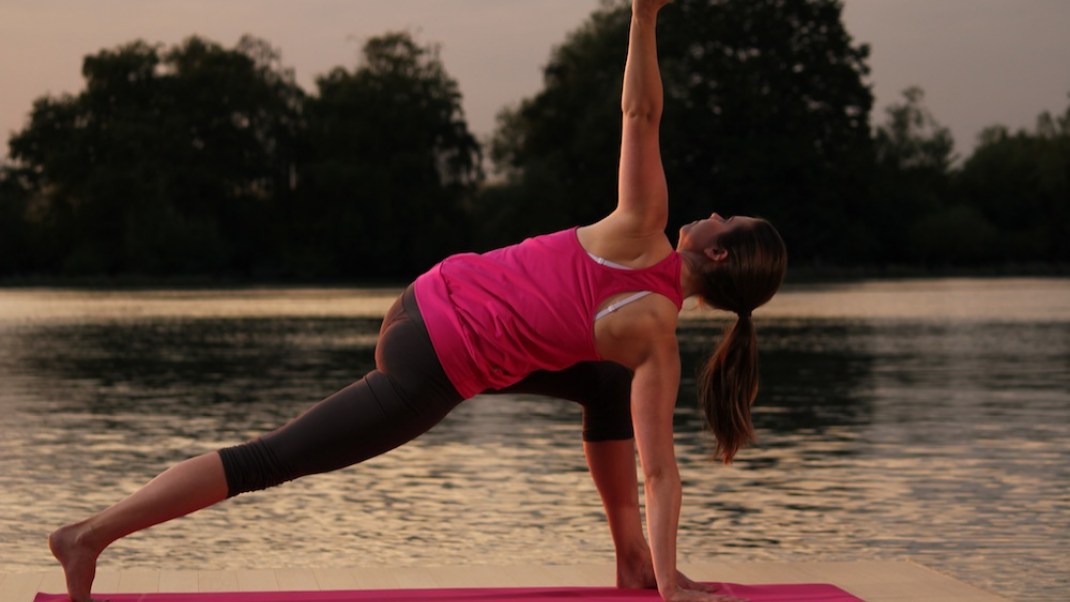 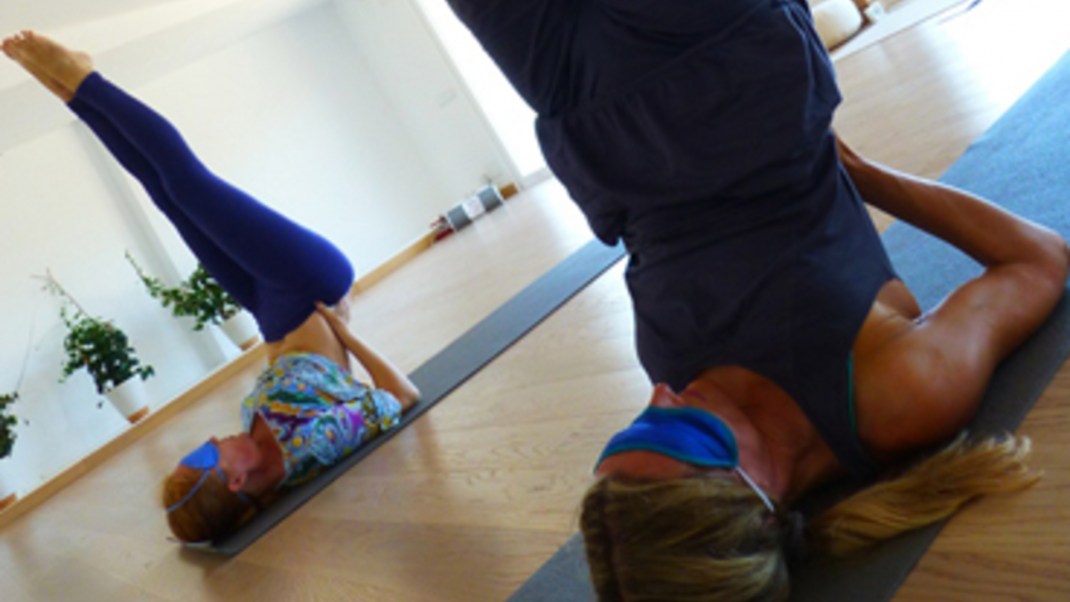