What is the Meaning of Om?

“In the beginning was the Word, and the Word was with God, and the Word was God.” It is a particularly human trait to be curious about our origins, and the origins of our universe. How could so much – the diversity of our planet, the vastness of our solar system, the unknown reaches of space – come from nothing? Spiritual traditions from all over the world have grappled with this question, and have recognized the profound role of the Divine Word as the origins, the beginning, of the universe. If at first there was nothing, the very first thing was a sound vibration, and from there everything sprang into existence and the material world was born. And Western science is now coming on board as well: quantum physicists have been studying the role of vibration at the root of matter itself.

Nikola Tesla said, “If you want to find the secrets of the universe, think in terms of energy, frequency and vibration.” The very foundations of our Universe, of matter and thought, appear to lie in sound vibration.

And from a yogic perspective, there is a profound connection between speech (the expression of our thoughts) and prana (the life energy carried on the breath). When we speak, we are naming our reality, while using the power of the breath in order to form and express our words. Speech is prana in action. Prana naturally creates sound.

Want to learn more about the Power of Om? Watch this full-length video free!

The Secret Power of Om

Masaru Emoto, the Japanese researcher who explored the effects of the sound of different words on water, demonstrated the power of our speech and our intention on the matter around us and within us. The potential of sound vibration and intention in creating our reality has been explored in great depth by the ancient yogis, as well as in modern authors like Esther Hicks. Sound healers use chanting and toning to create profound transformation in the body and mind. How to make sense of it all? Perhaps the best place to start is at the beginning.

Perhaps you’ve heard people chanting the sound OM in a yoga class, or listened to a devotional music CD. Or you’ve seen the strange but beautiful symbol on a poster or on someone’s T-shirt. This Sanskrit syllable has become commonplace among yogis and people interested in eastern spirituality, but how many of us really understand its significance, or know how it can support our spiritual practice and growth? This article will explore the meaning, origins, and use of this powerful symbol.

The Cultural and Historical Roots of OM

The syllable OM is an ancient Sanskrit letter first found in the Vedas, originating between 1500 – 1200 BC. A collection of Vedic Sanskrit hymns, they were sung in praise of the Divine. They were not written out at first, but were vibrated into existence using human speech. Teachings on the metaphysics of OM were later elaborated on in the Upanishads, ancient Indian mystical texts. Later, the Yoga Sutras of Patanjali categorized the 8 Limbs of Yoga. The sixth of these, Dharana, meaning concentration, described various methods of supporting the mind to achieve single-focused attention. Repeating a mantra, and especially this syllable OM, was an important aspect of accomplishing this sixth stage of yoga, or union with the Divine origins. Anne Dyer, sound yoga expert, in an interview with Rodney Yee, explains that Patanjali taught this: “Chant Om and you will attain your goal. If nothing else works, just chant Om.”

SreeDevi Bringi, a scholar in eastern religions and yogic studies from Naropa University, states that the main teaching of OM in these ancient texts was to experience non-dual awareness, which is also the goal of all yogic practice.

What is OM? The Primordial Seed Syllable Mantra

Seed, or bija, mantras are single syllable mantras from the Sanskrit language. There are eight primordial shakti seed syllables, including OM.

David Frawley, in his book Mantra Yoga and Primal Sound writes: “Shakti bija mantras are probably the most important of all mantras, whether for meditation, worship of deities, energizing prana or for healing purposes. They carry the great forces of Nature such as the energies of the Sun and Moon, Fire and Water, electricity and magnetism, not simply as outer factors but as inner potentials of Divine Light. They project various aspects of force and radiance for body, mind and consciousness. They hold, resonate, and propel the Kundalini force in specific and transformative ways. Below is a simple table of the main energies (Shaktis) of the Shakti mantras.”

OM, the first of these syllables and carrying immense pranic life force energy, is a mystic syllable, considered the most sacred mantra in Hinduism and Tibetan Buddhism. It appears at the beginning and end of most Sanskrit recitations, prayers, and texts. Om Namah Sivaya is just one of many examples where OM is included within a larger mantra, at the beginning. Considered to represent the primal or primordial sound of the Universe, OM connects us to and carries the Divine in vibrational form, making our prayers and mantras more effective with its increased pranic energy.

What is the Meaning of OM?

Seed mantras like OM are no ordinary words with dictionary definitions. These mantras are more about the vibrational content than the meaning. Frawley again: “Om is the Word of God.” The sound OM is a vibration from which all the manifest universe emanates. Form and creation comes from vibration. OM is the most elemental of vibrations. It is the sound of the void. Frawley says: “Om is the prime mantra of the Higher self, or Atman. It attunes us with our true nature. It is the sound of the creator, preserver and destroyer of the universe, who is also the inner guru and prime teacher. It reflects both the manifest and un-manifest Brahman, sustaining the vibration of being, life, and consciousness in all worlds and all creatures.”

OM is also sometimes written and pronounced AUM, a prolonging of the individual sounds contained in OM. Each of the three letters, and sounds, corresponds to a different aspect of the divine. The first sound, A, invokes Brahma, the creative aspect. The U sound invokes Vishnu, the preserver. And the M sound, Shiva, represents the destructive aspect of God. So the three sounds in this one syllable remind us of these three aspects of the Divine, without which nothing exists, everything is sustained, and all things dissolve back into the void. After one chants AUM and has taken this journey through the transformation of the cosmos, it is traditional to pause, and sit in silence, and experience that creative void, vibrating with that primordial vibration.

According to Paramahansa Yogananda, author of the classic text Autobiography of a Yogi: “Om or Aum of the Vedas became the sacred word Hum of the Tibetans, Amin of the Moslems, and Amen of the Egyptians, Greeks, Romans, Jews, and Christians.” The syllable has been translated into many different languages, cultures, and religious traditions, but the creative and transformative power of the sound remains the same.

How to Harness the Power of OM

In the yogic tradition, mantra is a powerful tool to focus and quiet the mind. Try breathing deeply and repeating the sound OM while holding your awareness at the crown of your head, or at the third eye point at the brow. Or repeat OM, or a mantra that incorporates OM, 108 times with the help of a mala. Called Japa Yoga, this keeps the mind focused and infuses the body, mind and heart with the qualities of the mantra.

In the Bhakti (devotion) yoga tradition, singing or chanting the names of God opens the heart and brings one to a state of bliss. Om Gam Ganapataye Namah invokes and praises Ganesha, the God of abundance and destroyer of obstacles. By chanting OM before the rest of the mantra, one calls on the power of the word and the primordial origins of sound.

OM is most associated with the 6th (brow point) and 7th (top of the head) chakras. Other syllables are connected to each of the other chakras. Try chanting these as you focus on each chakra or area of the body:

Finally, Anne Dyer suggests that in our chanting practice, we progress from chanting OM out loud to whispering the syllable. This is training the mind to focus on the subtle. When we turn down the volume, we have to turn up our attention. When the mind is listening closely, the mind isn’t busy thinking. In the silence, we might begin to hear the stillness, the sound of the void. Listening deeply to stillness is a profound meditative practice which connects us to the power of creation and the divine.

In the end, exploring the syllable OM, and the power of sound, can remind us to treat our words as sacred, creative, and divine. What we think and say, we create. We are powerful creators! May our words, through our conscious use of them, regain their transformative power, and may the Divine speak through us as we bring more and more awareness to the vibrations that we create with our thoughts and words. Om Shanti. 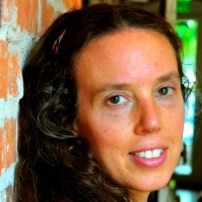 Rachel Zelaya (Surinderjot Kaur) has been practicing yoga since she was 12, but her life changed dramatically when she began practicing Kundalini Yoga at age 36. She has since dedicated herself to making the practice more accessible to more people. She became a certified Kundalini Yoga Teacher in 2011 and immediately went to West Africa to teach civil war refugees Kundalini Yoga in Liberia. Upon her return, she devoted herself to the task of opening up a community-based Kundalini Yoga Center in Boulder, with the help of dozens of other teachers and students. Her mission is to make this life-changing practice available to all who are interested. Rachel has a Master’s degree in Classics, and especially enjoys teaching women, people struggling with addiction, couples/relationship work, and working with individuals to help them heal and empower themselves to walk towards their destiny, using the tools of Kundalini Yoga and Meditation. She is a Registered Psychotherapist and has certifications in the Yoga of 12 Step Recovery (combining yoga and 12 Step meetings), and SuperHealth (Kundalini Yoga for addictions, trauma and stress), as well as specialty Level 2 trainings in Authentic Relationships, Conscious Communication, and Lifecycles and LifeStyles. 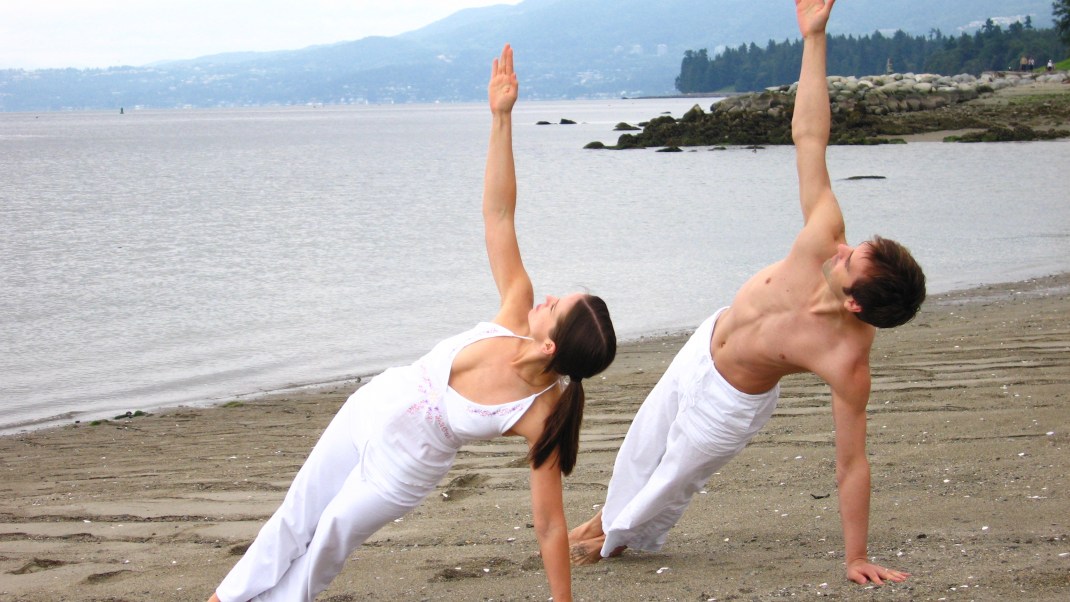 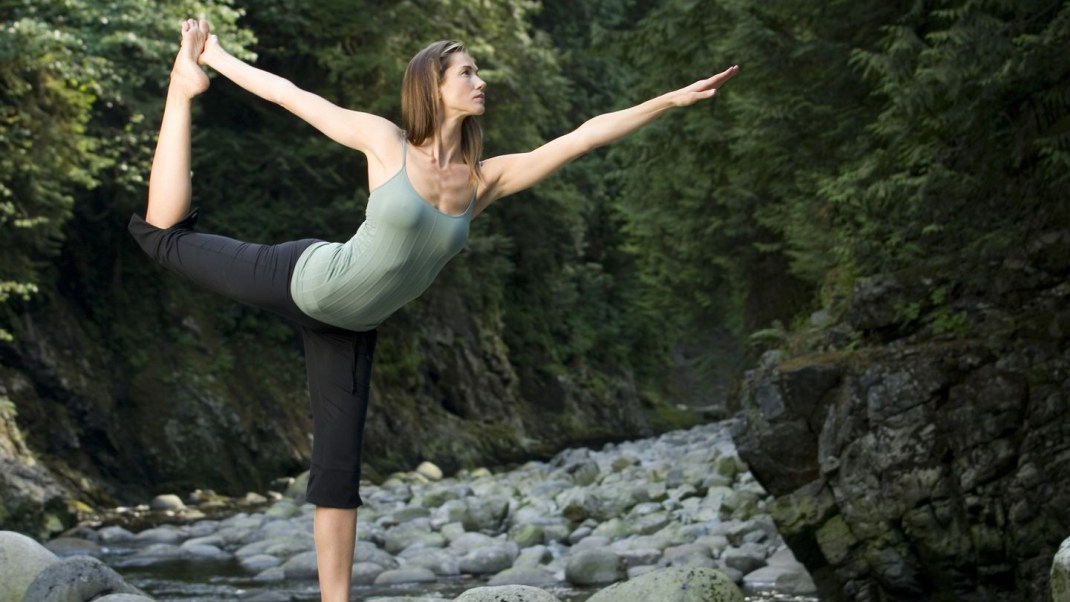 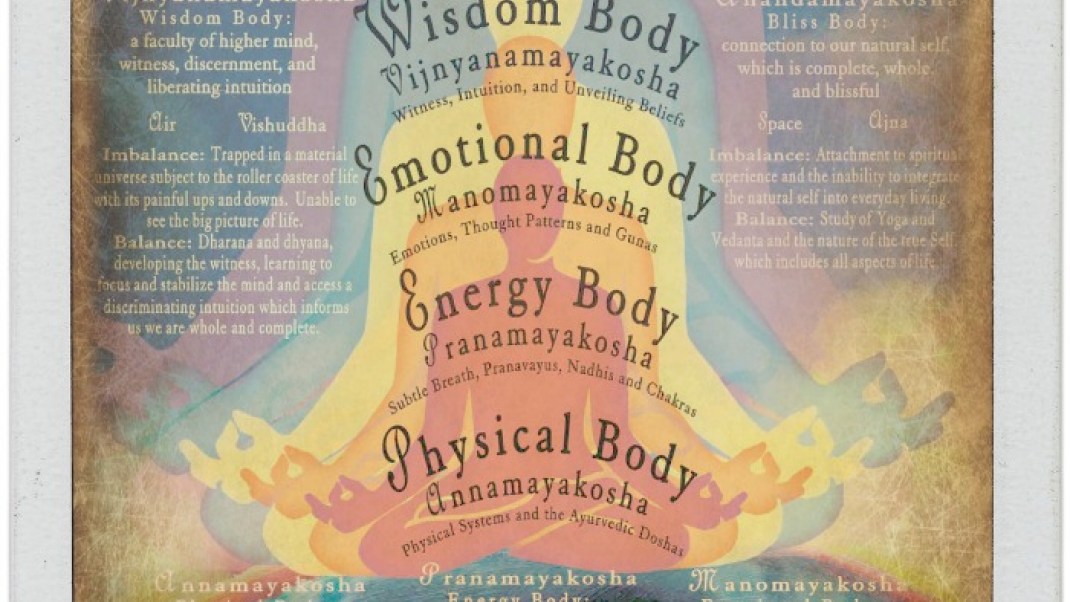 Why You Need to Understand Your Kosha Energy
June 23, 2014 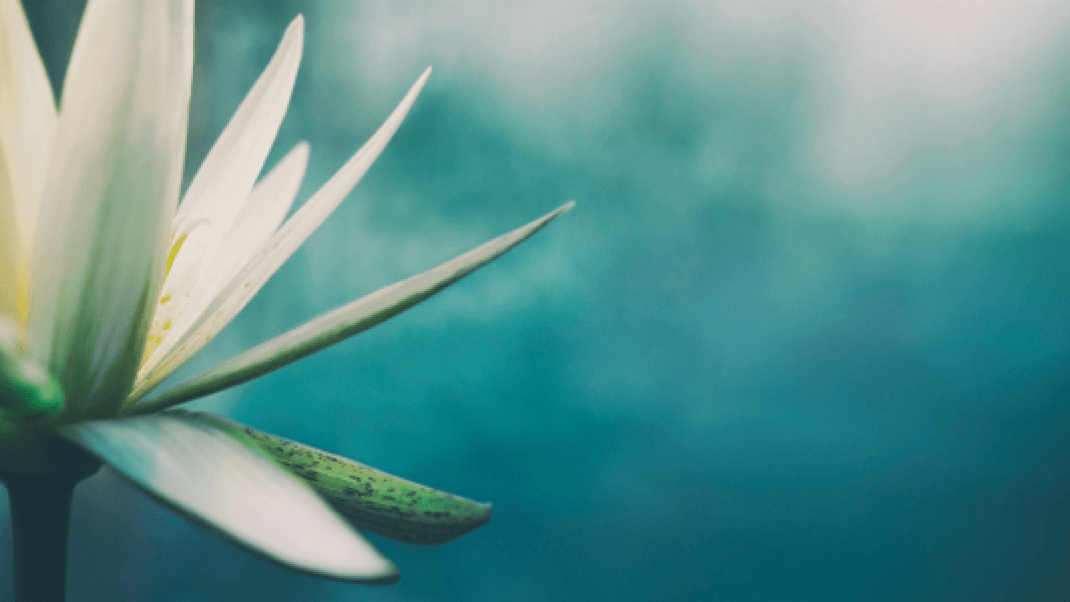 What is Ahimsa and How to Practice It in Everyday Life
June 1, 2016