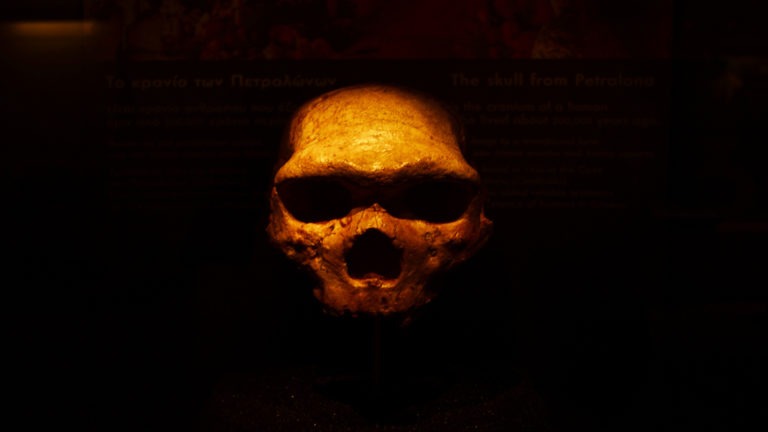 Our ancestry as a species is intricate and convoluted. We know that Denisovans, Neanderthals, and the other iterations of our hominin ancestors interbred and evolved over hundreds of thousands of years. But while anthropologists have done their best to map out this complicated lineage, we’ve now reached a point in our evolution that machines can map our genealogy better than we can. Such was the case when a machine learning algorithm applied to our DNA roadmap found a new ancestor we didn’t even know existed.

According to a study published in Nature Communications, scientists fed DNA data from fossilized bones and modern humans into an A.I. algorithm that computed thousands of timelines to map out the possible evolutionary pathways based on what we know – or what we think we know – about our ancestors migrations, diasporas, and interbreeding to tell us if we were missing anything.

It turns out we were…

The new study found that a missing, archaic “ghost” ancestor played a significant role in the development of the human species, helping to propel us from primitive hominins to the highly intelligent beings we are today.

This ancestor was likely a hybrid of Neanderthals and the Denisovans – the hominin ancestor discovered in 2010, that five percent of modern humans can still directly trace their genealogy through.

And though the study’s authors are referring to this hominin hybrid as a “ghost” population, they also believe there might be fossil evidence of it found in the bones of a 90,000-year-old specimen of a teenage girl discovered in Siberia’s Denisova cave – the location where the original Denisovan fossils were found.

The discovery of the Denisovans has presented itself as one of the most profound and baffling finds for archeologists within the past decade as their fossil remains showed they existed for millennia alongside our other ancestors. Not to mention they appear to have been massive in comparison to other hominin species.

And by massive, they mean that a Denisovan wisdom tooth found in the cave was originally mistaken for that of a bear’s. And though wisdom teeth can vary in size, the anthropologist studying the specimen, Bence Viola, told National Geographic, “large teeth with massive roots would probably require massive jaws.”

Who were these gigantic Denisovans whom we know so little about, and even more baffling, what did their hybrid progeny with Neanderthal’s look like? These paradigm-shifting discoveries only add to the fact that we still have so much more to learn about our species’ history.

For more on the strange discovery of the gigantic Denisovans check out this episode of Ancient Civilizations :

Why the Question of Who Created Calculus is a Touchy Subject

In calculus, there are theorems and conjectures, generally born from thinkers who love to discuss ideas and rules related to the nature of the universe. Conjectures are guesses. Theorems are proven conjectures. In political theory, it’s akin to when a bill becomes a law. Both theorems and conjectures tend to have long histories of documented improvements and analyses. The equations, proofs and rules that arise along the way are often described as simple or neat. While calculus might be founded in intellectual elegance, the history of calculus is messy and contested. This begs the questions: “who created calculus?,” and “when?”

“If a ‘religion’ is defined to be a system of ideas that contains unprovable statements, then Gödel taught us that mathematics is not only a religion, it is the only religion that can prove itself to be one.”