What is the Red Shift?

The idea of the Red Shift has to do with how our universe changes and evolves over time: is it static or dynamic? Does it change or will it always stay the same? To understand this topic better we need to go back a ways in history. People have been thinking about this question for a long, long time.

In ancient Greek times, the universe was thought to be a completely static entity, guided by Aristotle’s idealistic principles known as natural philosophy. Ptolemy speculated, according to Aristotelian principles that the sublunary area, that contains everything below the Moon’s orbit including the Earth, was only governed by the four major elements: Earth, Fire, Water and Metal. The area beyond the Moon, the superlunary sphere, which contained the Solar System’s planets and beyond, was considered completely static. The planets themselves were thought to be contained inside great crystalline spheres which rotated around the Earth. Beyond the Moon, nothing ever changed. Similarly, the universe as a whole was thought to be unchanging.

This view was so prevalent that even until recently, Aristotle’s logic was even used to reject the idea that meteorites existed. As late as the 1790’s, the French Academy of Sciences stated all meteorites on the grounds that were simply “thunderstones” produced by lightening hitting the Earth. Since nothing changed in the sky, there could be nothing coming from the sky, because Aristotle had said so. Great scientists like Newton, Boyle and Lavoisier all rejected the idea of meteorites. The prevalent idea was that “there are no stones in the sky, so nothing can come from the sky.” Almost all the meteorites in the France at the time were thrown out in the trash.

However, in the end, facts won out over philosophy when over 3,000 meteorites fell during the daytime in the town of L’Aigle, France on April 26th, 1804. The French Ministry of the Interior commissioned a study and decided that meteorites did indeed exist after all.

The idea of a changing universe did indeed start much earlier than the French meteorite experience. Earlier, Copernicus had resurrected the Heliocentric theory, originally proposed by Aristarchus, and rejected by philosophers at the time. However, in the Seventeenth century, Galileo confirmed the Copernican Heliocentric idea. He used a telescope to the see the moons that orbit Jupiter, even though he originally thought them to be part of another solar system.

What is the Red Shift?

Then in the early Twentieth Century, new discoveries showed that indeed that universe is definitely not static. Edwin Hubble showed that it’s expanding, at an increasing rate. Distant galaxies are flying away from us. And the faster they’re moving the redder they appear, as the wavelength of light is stretched out. It’s so stretched out it’s color changes. (If they were moving towards us, they’d appear more bluish!)

Hubble wasn’t the first to suggest that universe was expanding based on the existence of the Red Shift. However, he did create a very specific mathematic constant, later named after him, the Hubble Constant that suggested that the rate of expansion was constant throughout the universe.

In other words, the Red Shift was a fundamental mathematical component that determines how the universe appears to us now and changes over time. In short, everything is expanding.

The Red Shift idea is not so different than things we experience here on Earth. We’re all familiar with the Doppler shift, the way a siren changes pitch as it moves towards or away from you. As it comes towards you, the sound increases. As it moves away, the sound frequency gets stretched out and sounds lower in pitch to your ear.

While a siren moving away or towards you is just a local phenomenon, the Red Shift is the exactly same thing but at a vast, cosmological scale, the largest scale you can imagine.

Similarly with the universe as a whole, things that are moving away from us appear redder, while those moving towards us appear more bluish. So Hubble was able to calculate a celestial object’s distance from the Earth, like a galaxy or nebula, based on its degree of redness. And he found that the farther an object is away from Earth, the redder it is. Galaxies that are closer to us are bluer compared to distant objects. The entire light spectrum they emit is shifted towards the redder frequencies.

Well, many scientists think this is evidence of the Big Bang, the early super explosion that supposedly created our universe 13.8 billion years ago. And the matter that was propelled away from the center of the universe at that time is still moving away from center. If fact, it’s accelerating away from us! It’s this acceleration that creates a Red Shift gradient that allows astronomers to tell exactly how far away a celestial object is from us.

Now here’s something even more amazing. The distant galaxies that are highly red-shifted and very far away from us, aren’t actually moving away from us. It’s more that the space they are in is expanding faster than our own, so they seem to be moving away. But from their point of view, we’re moving away from them.

Everything in the known universe is moving away from everything else: at a faster and faster rate.

The example often used to illustrate this is idea to imagine a loaf of bread, with raisins in it, as it is being baked. All the raisins will move away from each other as the baking bread is expanding. In our case, the loaf of bread is actually empty space, but you can think about it the same way.

So space itself is expanding at a faster and faster pace, and the galaxies in that space are just moving along with it. And that’s why they look so reddish compared to ones that are closer to us. In fact, because the speed of light does not limit how space moves, really distant objects could be moving away from us faster than the speed of light.

However, there’s one big mystery that no one has figured out yet. That rate at which the entire universe is expanding is happening faster than it should be given all the equations of physics, including the Hubble Constant and Einstein’s General Relativity Theory, which are believed to be true. So scientists speculate that something called “Dark Energy,” for lack of a better name, is causing everything to move apart. No one knows what Dark Energy is, except that it’s an unknown, widespread repulsive force.

Some speculate it’s a hidden field that’s been dubbed “Quintessence,” that pushes everything apart. Quintessence, if it exists, would be everywhere so there would be a really tiny amount around you right now as you read this, so watch out! You could be expanding and not even know it. Dark Energy might also simply be a product of the zero-point field, otherwise known as the background energy of the universe or the cosmological constant.

Others think Dark Energy is created by an unknown subatomic particle that hasn’t been discovered yet. But whatever the source, it makes up a whopping 68 percent or more of the entire energy in the universe!

That’s not the end of it. There’s another substance called “Dark Matter,” discovered in the 1930’s, that causes galaxies to stick together. It’s also a big unknown but if it weren’t there, everything would be flying apart! And it makes up another 27 percent of the matter and energy in the universe. So between Dark Energy and Dark Matter, more than ninety-five percent of the universe is still completely undiscovered! To put it another way, the vast majority of matter and energy in the universe is simply a big unknown.

However, one thing is known for sure. Because Dark Energy is still a larger force than Dark Matter, in the long run everything will move farther and farther away from everything else. So all the galaxies are moving away from us and in a few billion years, the skies at night will be completely dark! Eventually the effects of Dark Energy would push all galaxies apart. The only thing that we would see at night would be our local planets. Eventually, even they would be pushed away from us.

There used to be another idea that perhaps after many billions of years, the universe would contract in on itself in a so-called “Big Crunch.” In that case, there would be a huge Blue Shift as all the galaxies came closer and closer together. But it doesn’t look like that will be the case, as the expansive forces seem to be stronger now than the contractive forces.

Are You Expanding Too?

Since we live in an expanding universe you can also imagine that you’re expanding all the time too. It’s fun as a meditation technique to see yourself moving throughout the cosmos. Even if you think you’re standing still, you’re really moving at a cosmic speeds! You’re expanding and flying through the universe at an ever-faster velocity and in many different directions at once. And the best part about it is that universe is doing all the work for you. Even when you seem to be standing still, you’re flying around at breathtaking speeds.

So while the galactic Red Shift is about something vast and cosmological, you can still use it to help you with visualization, meditation, or just pondering how huge our universe really is. 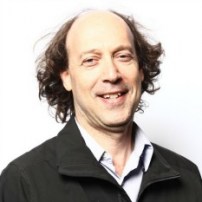 Simeon Hein, Ph.D., is an author, lecturer and musician who studies and writes about alternative science paradigms. During graduate school in sociology he became interested in fractal geometry, nonlinear mathematics and chaos theory as tools for modeling human interactions with nature and technology. He later came across the subject of Remote Viewing and U.S Government research into human psychic ability. Though initially skeptical, he became convinced of the reality of these phenomena after taking several classes and has been teaching Remote Viewing ever since, both in-person and online. He has also done extensive crop circle research in the United Kingdom and sometimes leads tours there. He is the author of the books Opening Minds: A Journey of Extraordinary Encounters, Crop Circles, and Resonance and Planetary Intelligence: 101 Easy Steps to Energy, Well-Being, and Natural Insight. He is currently working on a new book, Black Swan Ghosts, about human encounters with unexplained aerial craft and their occupants. His blog is NewCrystalMind.com and you can watch Simeon’s videos on YouTube. His music is on iTunes and you can find him on Facebook at: New Crystal Mind.