A Glowing Rogue Planet Was Spotted Drifting Near Our Solar System 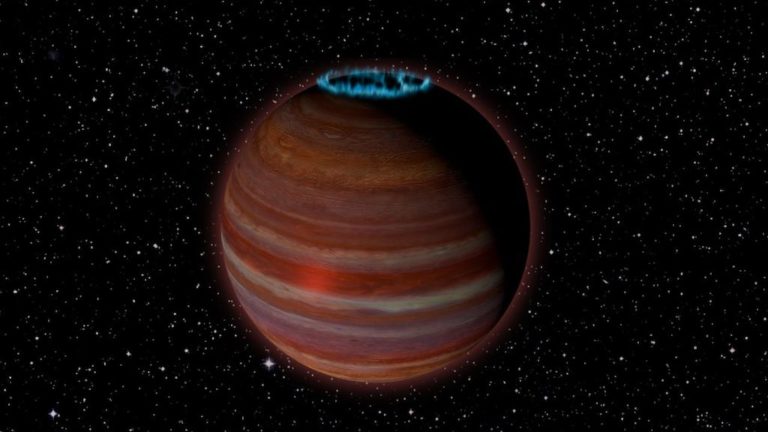 In 2016, scientists stumbled upon a massive object just beyond our solar system, which they believed was a ‘failed’ brown dwarf star. Now, a paper published in the Astrophysical Journal has reclassified it as a rogue planet and it’s got some pretty bizarre characteristics.

Given the rather boring, scientific moniker SIMP J01365663+0933473, this newly classified planet is just below the threshold of brown-dwarfdom, typically set at 13 times the size of Jupiter. Weighing in at a mere 12.7 times the size of Jupiter, this mega-planet also has a magnetic field 200 times stronger than the gas giant we know. And it’s floating through space, untethered to any star.

Scientists observed some bright and powerful auroras near the planet’s polar regions due to its intense magnetic field – think the Northern Lights like you’ve never seen them before. This happens when charged solar particles bombard the planet, before being ionized by its magnetosphere.

The planet is relatively young, about 200 million years-old, and is drifting about 20 light-years away from us – a relatively short distance on a cosmic scale. 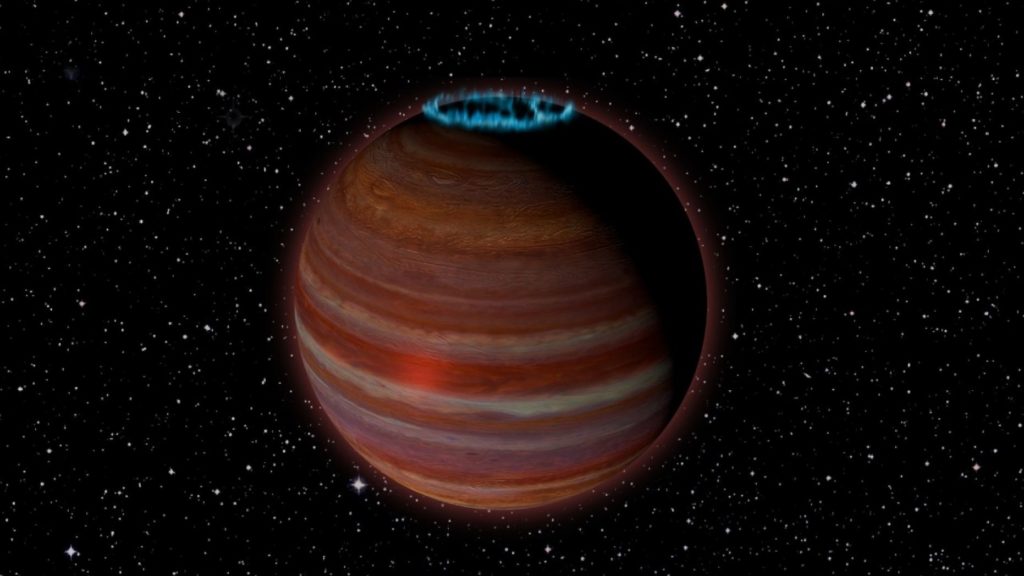 Sometimes rogue planets can become “captured” by another star and join the ranks of its solar system. This planet is currently being pulled by the gravitational force at our galactic center, but if it came close enough to our sun it could be sucked into its gravitational pull. In this scenario, a rogue planet might find itself crashing into other planets in our neighborhood, knocking into them like a pool cue and causing mass chaos.

This is unlikely to happen with SIMP, but scientists believe there could be a multitude of these rogue planets floating through the galaxy and occasionally wreaking havoc on unsuspecting solar systems, ahem, Nibiru?

The discovery of SIMP came about through the detection of its strong auroral radio emissions and scientists hope to use this method to discover more rogue planets. It would have been nearly impossible to have detected it otherwise, due to its lack of a parent star.

As we find more of these rogue planets in our cosmic region, it will hopefully tell us more about our place in the galaxy and what our future trajectory looks like. This prospect is exciting as long as we don’t find ourselves on a terminal collision course.

Another series of mysterious “fast radio bursts” (FRBs) has been detected by a new telescope in Canada, emanating from somewhere deep in the cosmos. The last detection of FRBs came last year, picked up by Breakthrough Listen, a project focused on detecting signs of intelligent extraterrestrial life.

FRBs are a series of incredibly short, powerful radio emissions in millisecond lengths, coming form an unknown source, lightyears away. Signals were detected last year, named FRB 121102, and were the first repeating radio bursts ever discovered, believed to be emitting from a distant neutron star — the highly dense core of a collapsed star.

The source of the latest signals could be a number of things, including an exploding black hole, magnetar, a spinning pulsar known as a blitzar, or the most exciting prospect; a highly advanced extraterrestrial race.

The frequency of these signals, named FRB 180725A, are the first of their kind to be detected below 700 mHz. The FRBs earlier this year were above 800 mHz, with scientists calculating their source to be some 3 billion lightyears away. The source would have emanated the same amount of power in each burst as our sun does in an entire day. 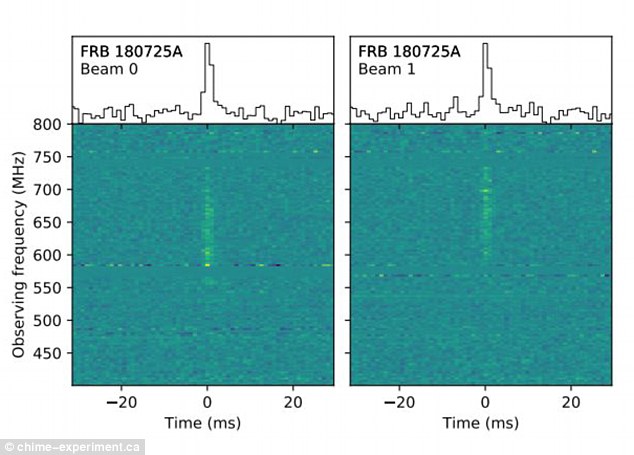 If these mysterious waves are coming from an extraterrestrial civilization, their setup would be equivalent to two Earth-sized generators, and would likely exist as a power source for spacecraft, rather than simply sending signals into the universe to make their presence known.

The signals were detected by the Canadian Hydrogen Intensity Mapping Experiment (CHIME) in British Columbia, a telescope that has been operating for under a year, with the primary goal of detecting FRBs. The telescope constantly scans 1,024 individual points in the sky 24/7, at 16,000 different frequencies, 1000 times per second; talk about an advanced piece of technology.

The first FRBs were discovered about a decade ago, making them one of the newest cosmological phenomena monitored by astrophysicists. Only a few dozen of these radio bursts have been detected since their initial discovery and scientists still consider the extraterrestrial explanation plausible.

Now that the CHIME telescope is solely focused on the signals, it may only be a matter of time until evidence of an intelligent extraterrestrial source are discovered. If they are from an advanced civilization, let’s just hope it still exists, considering these signals would have been sent millions or even billions of years ago.

Watch this episode of Ancient Civilizations in which we discuss the exciting prospect of an advanced extraterrestrial civilization transmitting FRBs: