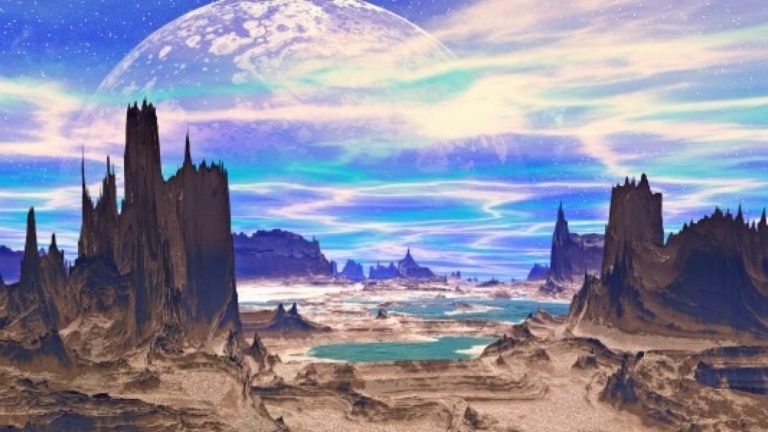 There may be a new kid in the neighborhood, a really big one. For now, it’s simply called Planet Nine and although it hasn’t been proven to actually exist, there certainly has been a lot of excitement about the possibility.

Proof: The Existence of Planet Nine

Modern astronomy relies heavily upon inference to make new discoveries. The observation of perturbations in the movement of objects, or even light in space, raises speculation as to the existence of something causing those phenomena. Such observations led to the discovery of the planet Neptune. Of Course, for every question, there can be thousands of answers, making it all the more difficult to nail down the truth. When numerous models point to a common answer, things get exciting. That’s where the scientific community is with Planet Nine.

In the scientific world, all accepted ideas are dependent upon an adherence to the known laws of physics, as far as our current knowledge allows. Although it isn’t absolutely certain that there’s a planet past Pluto, the mathematics, based upon data gathered, point to the possible existence of a massive something with enough gravity to cause the types of anomalies observed. The community is understandably abuzz with what could be one of the most dynamic discoveries of a generation.

Proof: The Non-Existence of Planet Nine

As is to be expected from scientists, there are also theories to support the idea that Planet Nine doesn’t exist. The perturbations can be explained in numerous ways that don’t necessitate the existence of a planet. Those who investigate the wonders of the Celestial Clockwork, live in a more precise world than many of us. For them, discovering answers to great mysteries is an obsession. Although they might not like me saying it, they aren’t that different than we are.

We all seek truth. I’ve found this drive to be typical of most of the scientists I’ve met.

In college, I had friends who were astronomers, chemists, mathematicians, and physicists and they thought my interest in astrology and other metaphysical studies were ridiculous. It didn’t harm our friendship, until they became professionals. Once gainfully employed, they politely, but decisively, told me that they couldn’t afford to maintain a relationship with a practicing astrologer and Tarot card reader, as it would impact their own credibility in the companies and universities in which they worked.

Therein lies a possible issue with the scientific community, fear of judgment.

Those of us who believe in the greater mysteries are usually willing to share our thoughts without fear of being judged. It’s not that we think we’re immune from judgment. Most of us simply don’t care. This does not, however, imply that we should eschew logic and throw out history and science in order to simplify seeming inconsistencies in the world around us. I refuse to be like my friends and negate their world, even though they did mine.

I believe that science is every bit as much a part of our reality as is intuition and the unexplainable. To throw away fact, or rewrite history, is as foolish an act as denying the existence of psychic phenomena.

The scientific paradigm relies on proof. Yet, I know scientists who believe in God, biblical interpretations of history and faith-based philosophies. They have no problem believing in an omnipotent, omniscient deity, but rebel against the idea of a metaphysical paradigm that dares to predict the future, or explain the past through the movements of planets, or symbols on pieces of cardboard. It’s a delicate balancing act the scientific community has to maintain in order to remain credible. I’ve also met a few scientists who were willing to embrace the world of the mysteries and discover the excitement that can come from experiencing what can only be known through inner truth and not through formulas, numbers, or empiricism.

I once asked my father, a scientist, if he believed in God. He looked at me as if I had sprouted an extra couple of heads. He replied, “Of course.” I then asked him why. He answered, “I’m an Anatomist. Study a horse’s knee and you’ll believe in God, too” That was the end of that discussion. He didn’t understand my world, but it fascinated him. I would say the same of his.

I believe that nothing is supernatural. There is only the natural world and everything we experience is part of that matrix. I saw a ghost when I was a young boy. There’s absolutely no possibility that it was anything but a ghost, but to me it’s no more a supernatural occurrence than gazing at the moon.

As I see it, the moon can be explained by a science we understand, while the science of seeing a ghost has yet to be discovered.

The Human Fascination with Discovery

Planet Nine brings to light the human fascination with discovery. From the beginning of our histories on this planet, both written and unwritten, we have sought out the greatest mysteries and attempted to explain them with data that made sense at the time. Some of these have been discarded over generations, like the flat earth theory or a geocentric solar system, while others still remain unsolvable. We have a tendency to look at the past and marvel at the naïveté of our ancestors.

We laugh at the fact that the visible planets were once believed to be gods.

Some sneer at the idea that watching “deities” move across the heavens can predict the unfolding of fate and decide the paths of nations. Today we know that those revered orbs were planets, orbiting the sun. Yet, the observation of planets, by a skilled astrologer, can reveal accurate information, even though it may not be logical. This is the dilemma of being human.

We are symbolic thinkers. It’s entirely possible that other creatures are as well, but it’s an absolute fact that you and I would have a different life if it weren’t for symbols. The very words you’re reading are only symbols for something else and no more. Yet, we have the ability to see vivid images through symbols.

For example, if I were to say to you, “I saw a hippopotamus riding down the middle lane of an interstate the other day,” you’d immediately turn those word symbols into something else, probably a mental image. Some of you might see a hippopotamus behind the wheel of a car. Some might see a hippo on a bike, or perhaps on roller blades, while some of you might imagine an idiot sitting at a computer writing an article about a riding hippo. What we can be relatively sure about, is that no two of you will have the exact same image, yet almost everyone will come to the same conclusion, that my statement isn’t true.

Of course, it’s entirely possible that the hippopotamus was painted on the side of a van, or was a statue placed on a flatbed truck. As you can see, symbolic thinking is complicated. It’s vital for us to make sure we have enough information before we jump to a conclusion. Perhaps there’s nothing more important while searching for the truth.

Rebel Against the Embrace of “End of the World” Scenarios

The point is that we have a tendency to rush to judgment about things, both in the metaphysical and scientific communities. Not everything that seems true is so and not everything that seems false is wrong. There will be those who see Planet Nine as the dreaded Nibiru, an infamous planet that figures prominently in conspiracy theories and catastrophe scenarios. It’s easy to come up with conspiracy theories, because they allow for massive gaps in time frames, logic and uncomfortable truths. It seems that many people look at the negative side of an issue to explain problems that have plagued mankind, viewing the causes as conspiratorial.

This isn’t to say that it hasn’t been the case, but I can’t believe that there are as many conspiracies as there are theories about them. I also rebel against the tendency to embrace, “end of the world” scenarios, some of them wildly convincing and causing mass terror in the hearts of those who embrace them. Frankly, I don’t see the point. We have much more to worry about right here, right now, than the possible existence of a “killer” planet that orbits the sun once every 10,000 years, or so.

When Reverend Camp made his “end of the world” prediction a few years ago, I knew of youngsters who were filled with fear and actually counted down the days until their last moments on our planet. As the day approached, their dread reached a feverish pitch. After the deadline had come and passed, the doomsday date was revised, giving the impressionable young adults another round of anxiety.

I consider fear mongering to be one of the most heinous and disgusting of all human traits.

It’s been used over the millennia to control the thoughts and emotions of others, often with catastrophic results. Those who spread fear usually have a specific reason for doing so and often the agenda is far from benign.

I’m excited about the possibility of the existence of Planet Nine. With the discovery of physical anomalies past Pluto, a massive itch has been created. Regardless of the outcome, scratching that itch will bring new knowledge and understanding to the corner of the Universe we call home.

As there’s a chance that there is a Planet Nine, I suggest we start thinking of names. It won’t actually get a moniker until its existence is confirmed, but there are ideas floating around already, including George and Jehoshaphat. Whatever the name, it should be timeless, have meaning and be pertinent well into the future. I suggest “Hope”. What would you name it?

Of Egyptian heritage, Mo Abdelbaki has been a student of the mysteries for over fifty years and has been a professional consultant for over thirty. His intensive studies have encompassed Tarot, Vedic Astrology, I-Ching, Hermetic Qabalism, Runes and numerous other spiritual systems. Mo’s lifelong quest into all things metaphysical has provided him with a powerful intuition and accurate tools with which he has guided thousands of clients worldwide. Mo specializes in providing clarity and helping the seeker in making solid decisions or forging new paths in life. He’s well known for his sound relationship counseling and has a reputation for providing gentle guidance without sugar coating the hard issues. A Master of his art, he believes in empowering his clients, not encouraging codependency. Mo believes in finding solutions to problems and is dedicated to helping each and every client maximize their relationships, enjoy their work in life and discover their path. As a teacher, Mo has taught thousands in the proper use of Tarot, astrology and other divination methods. His guided meditations provide a proven approach for attaining a sense of inner peace in our hectic times.
MoAbdelbaki.com