Artificial Trees Could Be the Answer to Our Energy Needs

Scientists are creating artificial trees that can generate energy, reduce CO2 and emit clean air, so how are they better than real trees?

Nature is an incredibly clever, efficient and novel innovator. Often the solution to many of our engineering problems can be found within natural characteristics, whether it comes from flora, fauna or geological phenomena. We’ve picked up on some of these innovations and integrated them into our technology, but when it comes to creating clean energy, we have not incorporated nature’s wisdom to the extent that is easily within reach.

When we imitate nature’s engineering to optimize our lives, we refer to it as biomimicry. Biomimicry can be seen in aerodynamics, architecture, agriculture and medicine. But there is one area that nature has mastered that we are just starting to touch on – energy. Now more than ever, implementing clean, efficient energy is imminent and imperative, and nature has left us the key to do it.

Wind energy is a clean, natural source of energy that nature has given us. And while our ability to harness wind energy has existed for a while, accounting for about four percent of global energy, there is still room for optimization and innovation. Commercial wind turbines tend to be massive, unsightly, expensive and can only serve one purpose, not to mention they can be harmful to wildlife. Wind can also be fickle and unreliable, changing direction, speed and sometimes not blowing at all.

But what if you could harness the energy of small gusts of wind, at low altitude, in a system that incorporates other methods of alternative energy? One group believes this is possible through biomimicry of trees. This arboreal imitation was originally conceived by a molecular biologist at Iowa State University, named Eric Henderson. Inspired by the wind blowing through the leaves of a tree, Henderson and some colleagues developed a model that uses piezoelectric energy generation.

Piezoelectric energy is generated in response to mechanical stress on a solid material. Essentially it is the result of pressure or compression on a piezoelectric material, often a quartz crystal. This technology is nothing new and widely used from simplistic mechanisms in lighters, to complex mechanisms in sonar and the way your cell phone translates your voice for Siri to understand.

Energy generated from piezoelectric processes has been studied and achieved through simple movements of our body like walking, chewing or even, potentially, the beat of our hearts. There is inherent potential energy everywhere that just needs the right methods for harnessing. So why not harness it from wind blowing through leaves on a tree?

By creating an artificial tree, or a piezo-tree as some have called it, scientists have developed a method for generating energy from wind blowing artificial leaves. The tree has a vertical stalk with horizontal branches. Attached to the branches are flexible plates with a plastic film attached to them made of polyvinylidene fluoride or PVDF. This PVDF is analogous to the leaf and it is capable of enduring heavy wind while still being easily flappable. The flapping of the leaves creates th The energy gathered from this process is then stored in capacitors for later use.

While the amount of energy that these trees have been able to store is small thus far, another group called SolarBotanic is developing this technology and say they have incorporated other forms of alternative energy in their trees. One of the seemingly more obvious, but technically difficult, ways to integrate other forms is by making the leaves photovoltaic cells. These leaves would be separate from ‘ribbons’ that would be used to generate piezoelectric energy. SolarBotanic says that one tree would provide enough energy to power a three-room house and that the technology is scalable, potentially allowing for forests of their trees.

There are other instances of artificial trees that harness wind energy that have been built and installed in some cities. These trees can generate electricity from small spinning turbines and don’t require much wind to generate electricity. They do stand out though, and have rather large ‘leaves’ that only harvest wind energy. 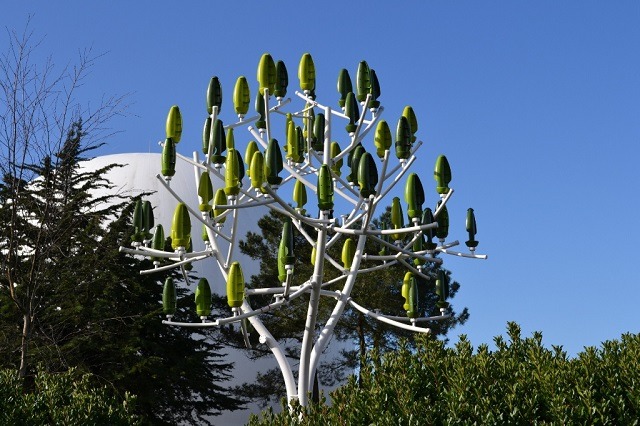 A similar concept for a synthetic tree that can produce alternative energy through multiple channels is the TREEPOD. This concept has been proposed in Boston and aside from just creating energy, the tree could potentially clean the air. TREEPODS are aesthetically designed after the Dragon Blood Tree with a skyward facing canopy made of photovoltaics. The trees would have a system similar to the alveoli in our lungs that intakes CO2 and releases oxygen, ‘scrubbing’ the air of carbon dioxide. 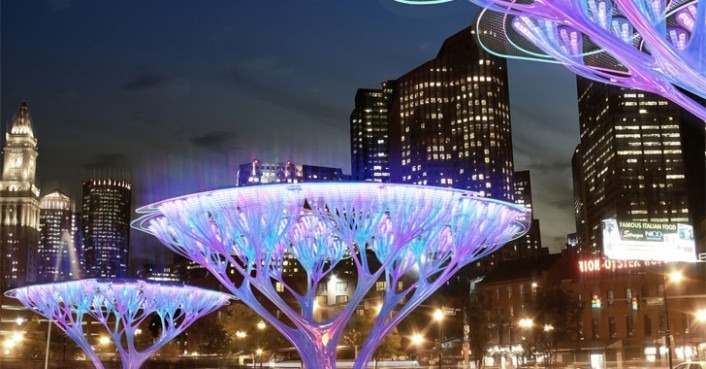 The primary function of these eco-friendly trees would be to clean the air, rather than generate electricity. The electricity from the solar panels on the canopy would power the air cleansing system. Like the piezoelectric trees, the TREEPODS would harness kinetic energy from a see-saw at the base for children to play on. The tree would be made from recycled synthetics and have a system of LEDs to provide light at night. Some think this might contribute to light pollution, but others argue that the benefits of clean air outweigh this already present issue in urban areas. 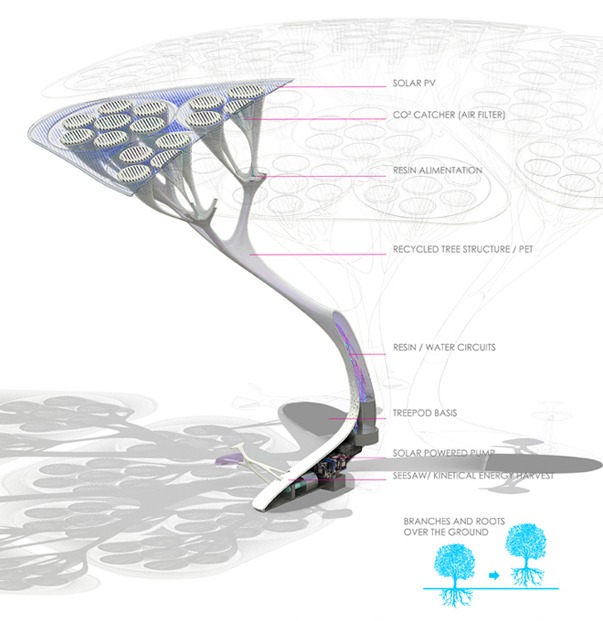 While these artificial trees are still just a concept, it seems like they could prove to be a great utility for cities. Aside from the issue of light pollution, some see their design as visually unappealing. Another might make the argument, ‘don’t organic trees do the same thing?’ The answer is yes, but these synthetic trees don’t require the time it takes for a tree to grow, they are supposedly more durable or easier to maintain, and are made of recycled plastic. Is this a unique futuristic concept or an unnecessary eyesore?

Powerful: Energy for Everyone 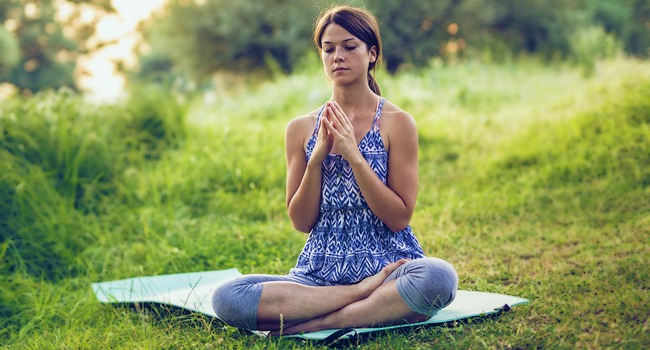 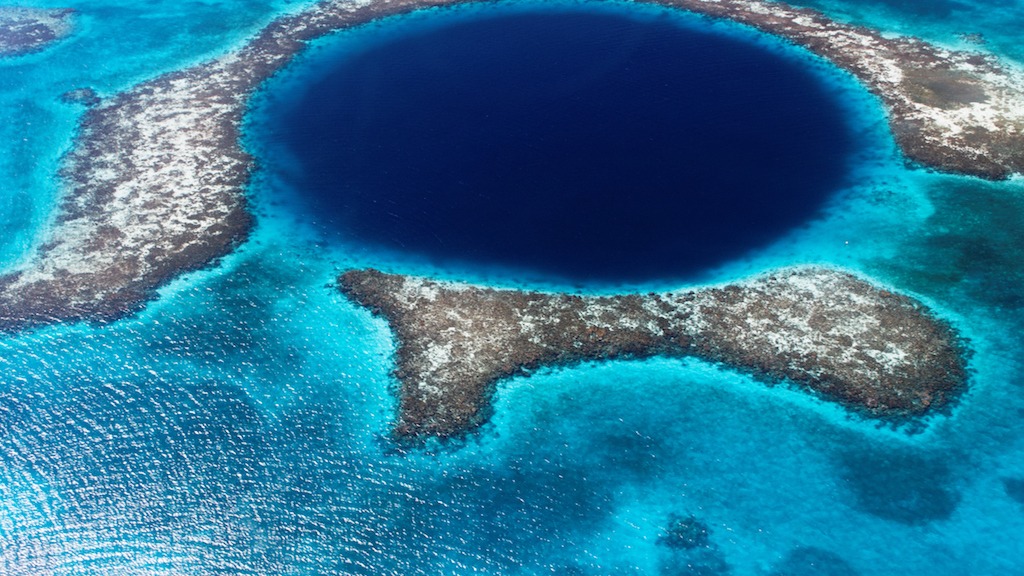 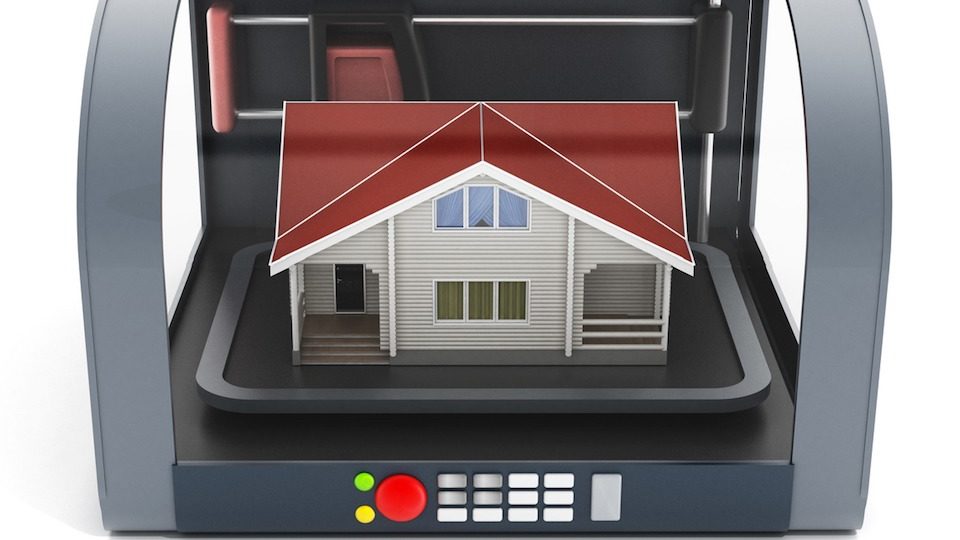 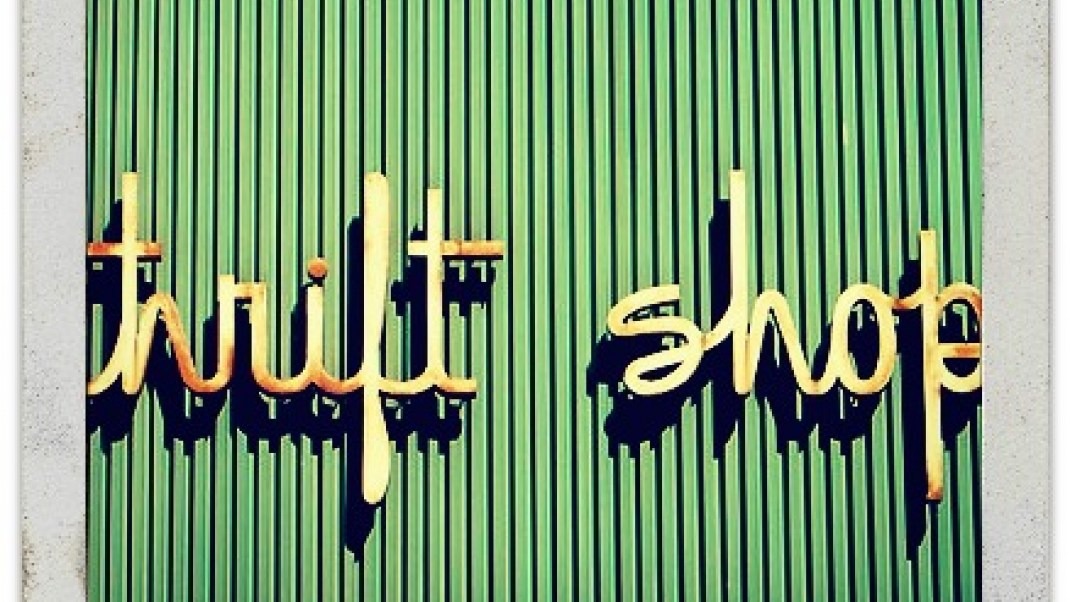 10 things you need to know before thrifting and upcycling
April 17, 2014