Creating the Container for Kali: How the Goddess Shows Up in Your Life

When I found her, Kali was waiting in the window of the Ma Shrine (a temple for female deities) at my new Ashram home. I was mesmerized. She didn’t look anything like the other goddesses in the temple which was filled with examples of the feminine divine. All the other goddesses were wooden or metal, seated on a lotus or astride a peaceful looking mount. Even Durga carrying all her weapons and emanating powerful assurances sat calmly atop her tamed tiger. In contrast, Kali was a smaller wooden statue painted in the brightest colors of the room. With jet black skin and the reddest tongue extended through her open mouth reaching for me as if to swallow me whole, she wore a necklace of severed heads and a skirt of severed limbs. She stood atop a resigned Shiva Lord of the Universe as a conqueror claims their prize. There was nothing peaceful about her! She was ferocious and everything about her image should have been terrifying in my context of non-understanding. But I wasn’t afraid. I was drawn to her. Kali was the first goddess I would ever have a relatable experience with from energetic understandings that lay beyond the perception of her form. I sat there and looked to her for what seemed like hours. Every day I would go to the Ma Shrine after our morning meditations and visit all the mother goddesses, offering Kali a flower and trying to feel what she was awakening in me: my power.

Years later, I became a mother myself. The day I became a mom was the most beautiful experience of celebrating life and specifically that of my son, who is my everything. He is a constant source of inspiration for me still, just six and a half years along my journey into becoming a mother goddess. Love like this has no description you can place from pen to paper.

The day I became a mom is also the anniversary of the end to a painful and complicated pregnancy, culminating in four days of labor and excruciating intervention after intervention before the night I nearly died on the table just before his birth. My son, husband, and I all went through a series of excruciatingly traumatic events both in the days leading up to and then after his birth. As my husband reflects with that same fear, the like of which I had never before seen on his strong face returning to his eyes, “to bring new life a woman must risk death in a very real way.”

Each year we are incredibly grateful to celebrate my son’s birthday. I celebrate him, life, and all that I’ve learned so far on my own journey through time. In my annual remembering of the darker sides of becoming a mother, I find myself calling through the blackness to Kali. She, after all, is the harbinger of death and the midwife into the unknown. In the months around and following my son’s birth I went through a darkness I cannot describe.  She became the very real container for me to face the blackness of the unknown and fight my way back into the light of motherhood. She taught me how to become a fighter for him. She is fierce and fiercely loving. She is the mother of our rebirth and the goddess of transitions. She carries us safely through the darkness and out the other side. My son’s name, Jagadish means “the light of the universe.” Kali became the example, she held that vision for me when I wasn’t strong enough on my own to fight my way back into the lightness on the other side. She represents our tenacity of spirit.

WHY IS KALI MA DEPICTED IN SUCH A TERRIFYING WAY?

Through many of my experiences since that first day in the Ashram I have come to learn my own context for this goddess and her form. Kali is a warrior who slays our demons and frees the soul. The severed heads and dismembered arms she wears are tributes to our attachments to ego and the body as the form it takes in each of us. She stands defiantly as the perfect embodiment of form without attachment to Shiva (the destroyer of the ego) as a symbol of their partnership. He as the destroyer and she as the protective midwife carrying us into the next phase of our inner evolution. Her skin is colored black or dark blue from having consumed all the darkness and negativity of the universe leaving nothing but the bliss of the Inner Self. She is the fierce mother and protector that all of us children need from time to time.

Inside of us, she represents the power to move through the pitch-black night of our own fears and anxieties. She is the embodiment of strength and fortitude and the keeper of hope that we too can fight our way into the light. She is fierce because sometimes we all must be fierce defenders of the light, fiercely loyal and fiercely loving. 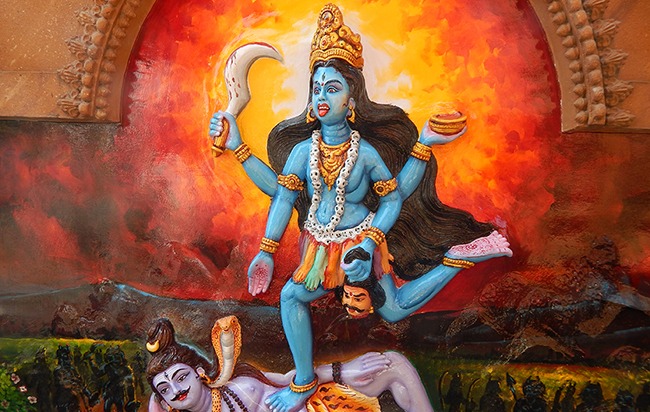 HOW CAN I CALL UPON KALI’S STRENGTH IN MY EVERYDAY?

We all experience a need for support from Kali to get through a difficult period or to tap into our inner reservoir of strength and power. Here are some ideas for cultivating Kali within yourself.

ASANA PRACTICES FOR CONNECTING TO KALI

Kali is strength and perseverance. In asana practice, anytime you feel you just can’t hold a pose for one more breath or flow through a challenging sequence one more time you can visualize and feel her power flowing through you. Warrior poses, goddess pose, and lion’s breath can all be reminders of that inner resource that is our personal connection to Kali. The ultimate experience of Kali on the mat happens at the end. When we roll from the pose of death, savasana, into the fetal position awaiting our rebirth. It’s Kali’s strength that frees us from what we have left behind on the mat. It’s Kali’s light that shines on the path forward.

In meditation, we can cultivate the qualities we experience focusing on the representations of divinity and draw strength from their power. Meditating on Kali we remind ourselves that, “today I am strong.” I am the Ma. I can devour any darkness no matter how heavy and hard it may seem and bask in the light. 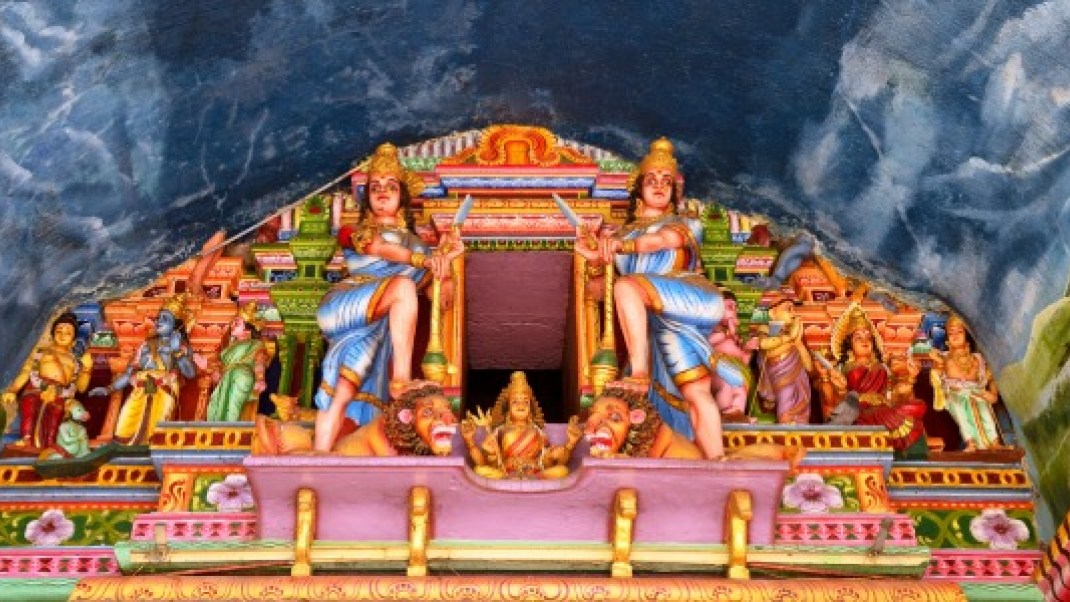 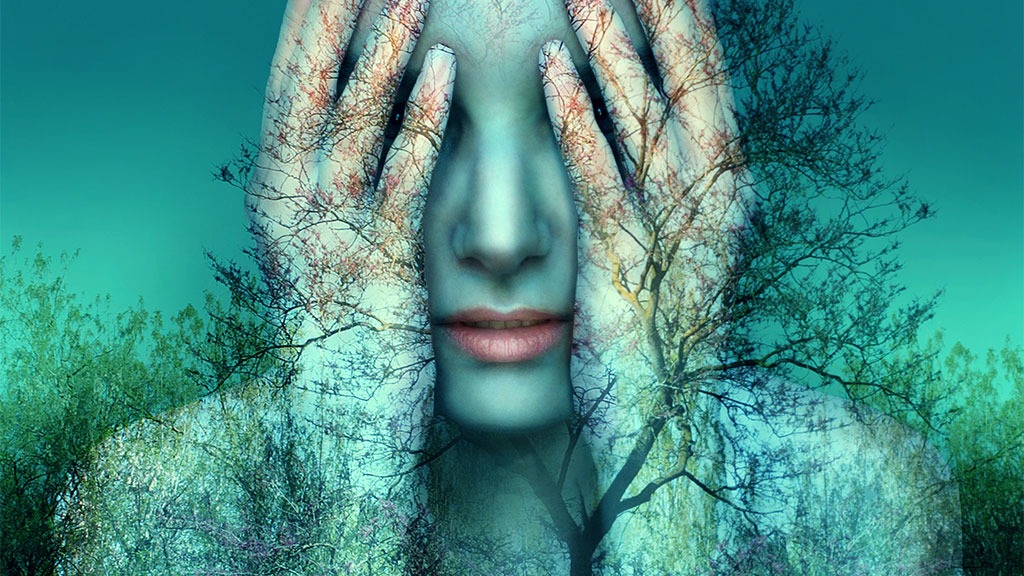 Awakening to Parvati: How the Goddess Shows Up in Your Life
November 20, 2019 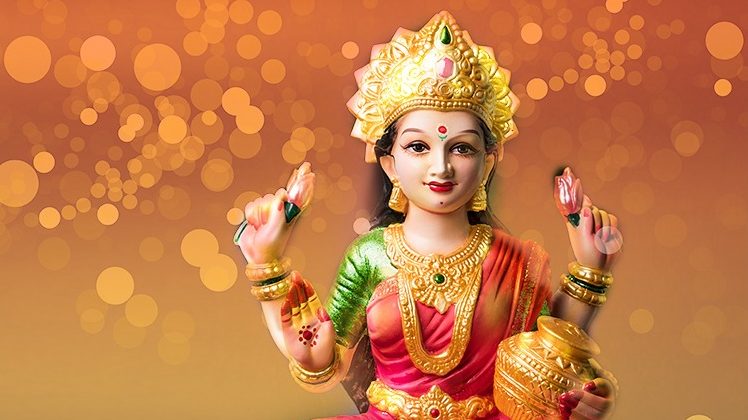 The Power of Lakshmi: Confronting Negativity in Your Life
November 22, 2017 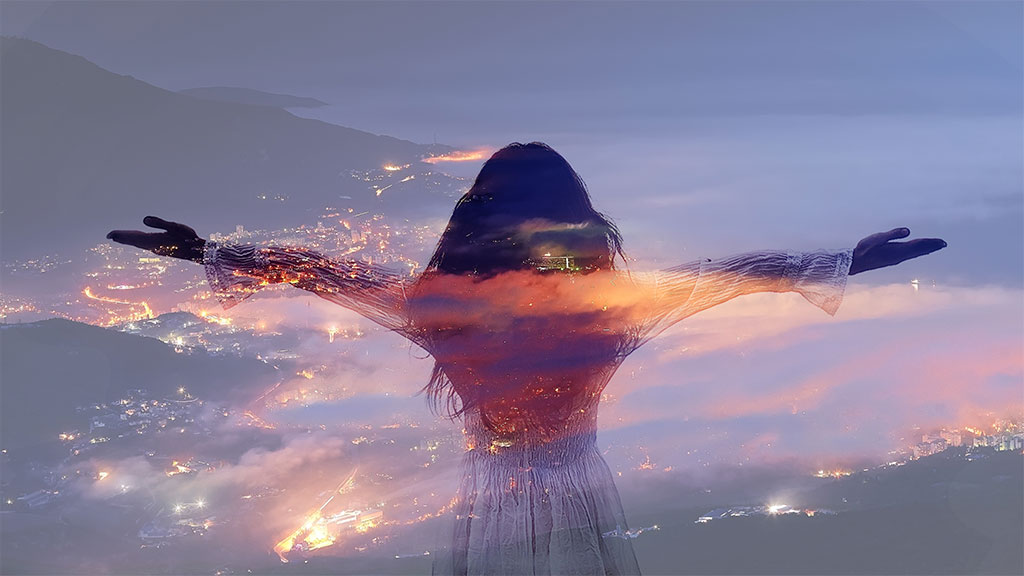 How to Work the Power of Goddess Durga into Your Daily Life
November 22, 2019