The following article is an in-depth analysis (anatomy and mechanical function), of the pelvis and lower verterbral structures. To assist your reading, understanding, and application of the following information, you may want to refer to a detailed anatomy text.

Anatomy of the Pelvis

The pelvic girdle is comprised of 3 bones: 2 ilia and a sacrum. The front of the pelvis is the pubis, a joint where the 2 ilia meet. The ischial tuberosities are what we sit on [sit bones]. The anterior /posterior superior iliac crests [ASIS/PSIS] are the hipbones. Sacroilial joints connect the sacrum to the ilia.

The male pelvis has more massive bones than the female pelvis. There is an 80 mm outlet. The sacrum is more triangular; therefore, more wedging, more locking. The ilia articulate the sacrum at S 1,2,3,4. The male pelvis is a more stable pelvis.

The female pelvis has thinner bones. It has a larger, 120mm, more circular outlet for a birth canal. The female pelvis has their acetabulum [hip sockets] set wider. The sacrum is more rectangular. SI articulation surface are only at S 1,2,3. These joint surfaces are shallower. A hormone, relaxin, during menstruation and pregnancy, especially last 3 months create a less stable pelvis by loosening the ligaments. This of course is necessary for mobility of the S/I joints during childbirth. But unfortunately this mobility allows for more SI dysfunction. As well childbirth strain, intercourse strain, baby on hip strain can contribute to more S/I mechanical stress.

The extrinsic ligaments hold pelvis together. They include the sacrotuberous ligament [stretched by posterior ilial rotation]. This ligament ties into the biceps femoris [outer hamstring]. This ligament stretched with forward bends is an extension of the hamstrings. Also included is the iliolumbar ligament that attaches from the transverse process [TP] of L4, 5 to the ilium.

There are 35 muscles attached to pelvic girdle. The pelvic floor is basically the levator ani muscles, which are sling like in shape, maintaining low-level contraction, or postural support of internal organs of bladder, uterus, and bowel. They attach to the obturator tendon, pubis, sacrum, and inner surface of ilia. These levator ani muscles are named:

The more internal urogenital diaphragm is another layer of muscles shaped as a triangle of 3 muscles connecting to the pubis, perineal body, and ischial tuberosities. These support urethral sphincter action and sexual function. These muscles are named:

The accessory muscles include:

The energetic locks of the bandhas and mudras consist of:

The nerves exiting the tail [cauda equina] of the spinal cord exits as sacral roots. These travel further to form the sacral plexus. The sacral roots in close proximity to the S/I joints have sensory distribution [dermatome] usually from the PSIS, across crest, groin, and front thigh. Sensation can go into calf and to the big toe.

Kinesiology of the Lumbar Spine

We can consider the possible movement of a vertebra to be in any direction within the ranges of motion dictated by structure. We arbitrarily categorize vertebral movement along the cardinal planes, which are perpendicular to each other relative to the vertebra in the center.

Flexion is bending forward along the sagittal plane. Flexion is also called nutation, which is the rotation of the vertebra where the top rotates forward, and therefore the bottom rotates backward. The inferior facet joints gap open relative to the superior facets of the vertebra below. There is actual space created between these facets.

Extension is bending backwards along the sagittal plane. Extension is also called counternutation, which is the rotation of a vertebra where the top rotates backwards and therefore the bottom rotates forward. The inferior facet compresses, closing of facet joint space in this backbend rotation relative to the superior facet of the vertebrae below.

Rotation and Side Bending combine gapping on one side and compressing of the facets on the other side of vertebra.

In stance, body weight transfers down spine through sacrum, locking into ilia. Ground forces move up through femur into ilium into sacrum and spine. In sitting, ground forces move up from weight bearing ischial tuberosities. There is less SI joint involvement when slump sitting on sacrum and not sit bones. The sacrum and ilium move only 5 -8 mm relative to each other . Still some western medical people say SI doesn’t move a “measurable amount” or “statistically significant amount.” Then why are there so many ligaments. And why is there so much SI pain.

Movement Pathology of the S/I Joint

Joint dysfunction in SI or lumbar facets are typically caused by compressive mechanical strain inflaming soft tissue, causing joint degeneration [arthosis]. Pain can be felt on the stuck or sticky side. But the S/I joint that excessively moves [because of the stuck side] can be the pain site. The sacrum can be stuck at the end range of nutation or counternutation, but usually only on one side. This in effect causes a sacral rotation.

The same goes for one stuck in right sacral rotation. In prop prone the right side usually doesn’t move forward [nutation] because the right side is stuck back. In Child’s pose, the left side usually doesn’t move back because the left side is stuck forward. The lumbar vertebrae can likewise be stuck in the same compressive manner of rotation, because one side does not nutate or counternutate when it is suppose to follow the lead of the other facets.

Non-physiological movement of sacrum is not a nutation, counternutation, or rotation. But nonetheless, the ilium in other ways, can be stuck within ilia.

The pain and inflammation due to compression usually in extension is caused, for example by:

The pain and inflammation from overstretch of sacral ligaments usually in flexion is caused by:

Sciatica may be caused by sacro-ilial compression leading to inflammation of nerve roots from L4 – S4. The pain, tingling, numbness often starts at the S/I travels across the iliac crest into the groin down the front thigh into the knee.

Hatha Yoga for the Compressed Back

First quiet down inflammation with poses that gap or open lumbar facets. One needs to understand what provokes compression of facets or sacrum into pelvis or pelvis into sacrum. These relieving poses are the forward bends without ground forces jamming the dysfunctional joint up from the leg or sit bone in weight bearing. Typically sacral extension [counternutation] in forward bends, down dog, passive supine poses are appropriate. Opening the joint space can stabilize hyper mobile joints when support is provided. This gaping can begin to unstick sticky joints. Then once the acuteness of pain and inflammation have begun to be decreased, the student can attempt to move toward spinal or leg extensions. This are provocative actions that demand the skill of lengthening the spine, creating space within facets and S/I joints, or stabilizing hyper mobile joints. Without these skills, the student goes right back to compressing their vulnerable joints.

Opposite approach with overstretched sacral ligaments

Not Medical Care Gaia is not a substitute for medical care, and offers no health warranties or guarantees of any kind. The information provided on these pages is not meant to be a substitute for medical advice from your doctor or health care provider. Users of Gaia are advised that health advice is often subject to updating and refining due to medical research and developments. Gaia is committed to bringing you the most up to date information, however, we make no guarantee that the information herein is the most recent on any particular subject. You are encouraged to consult with your health care provider with any questions or concerns you may have regarding any health condition that you may have before starting any Yoga, Pilates or exercise program or making changes to your diet. 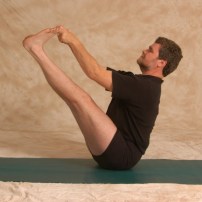 STAN ANDRZEJEWSKI is the founder of Greater Baltimore Yoga. He was certified in the Iyengar tradition in 1988 while a student of John Schumacher, but now considers Victor van Kooten as his main inspiration. He integrates 34 years of experience as a physical therapist into his 21 years of teaching yoga. He works with people with orthopedic and neurologic problems in his private practice. He has trained many yoga teachers through his apprenticeship program. 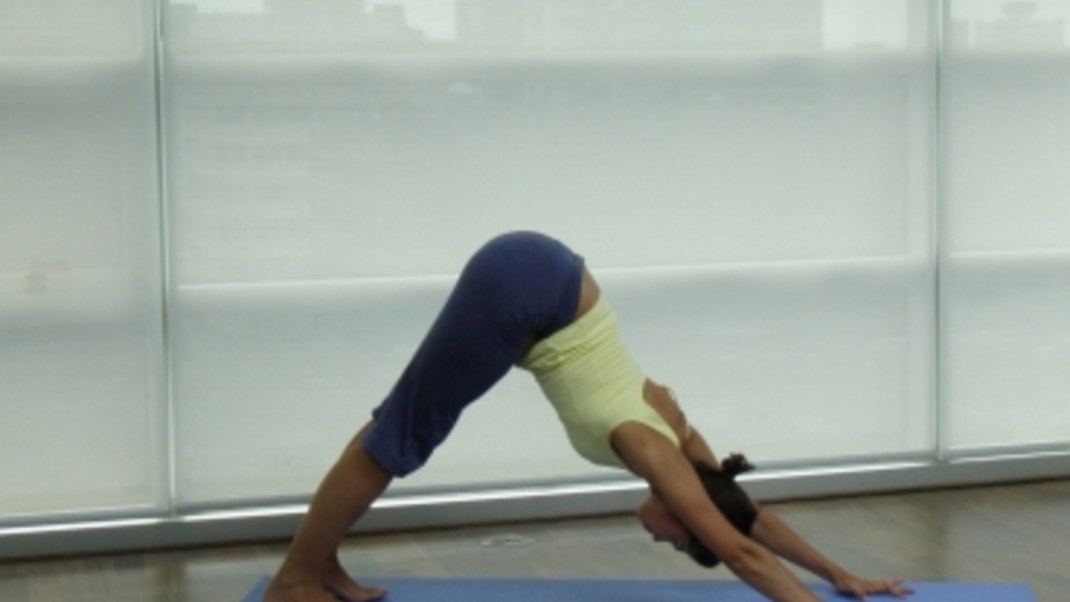 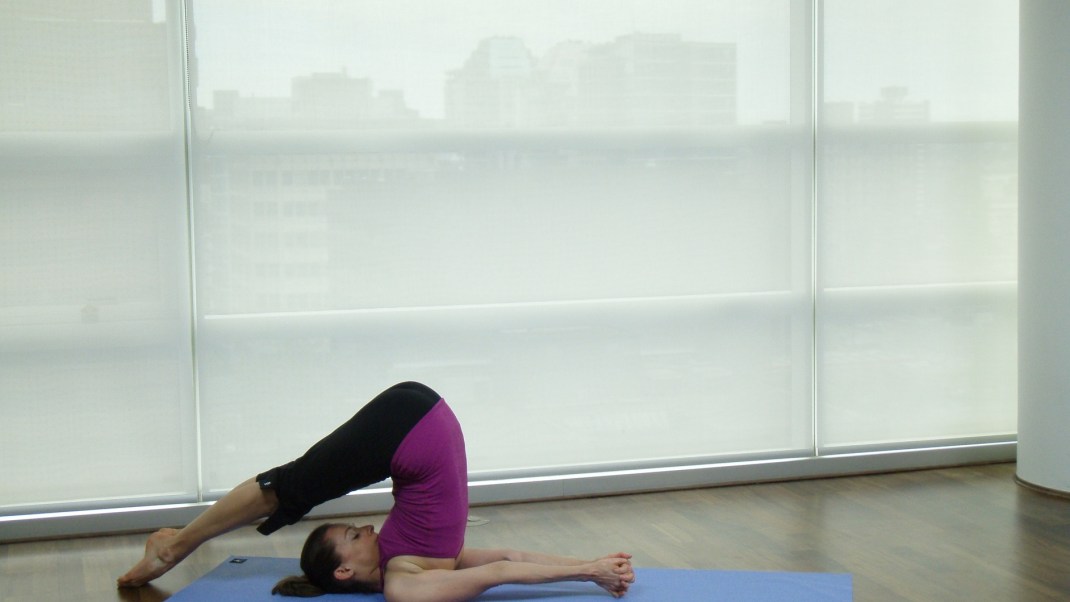 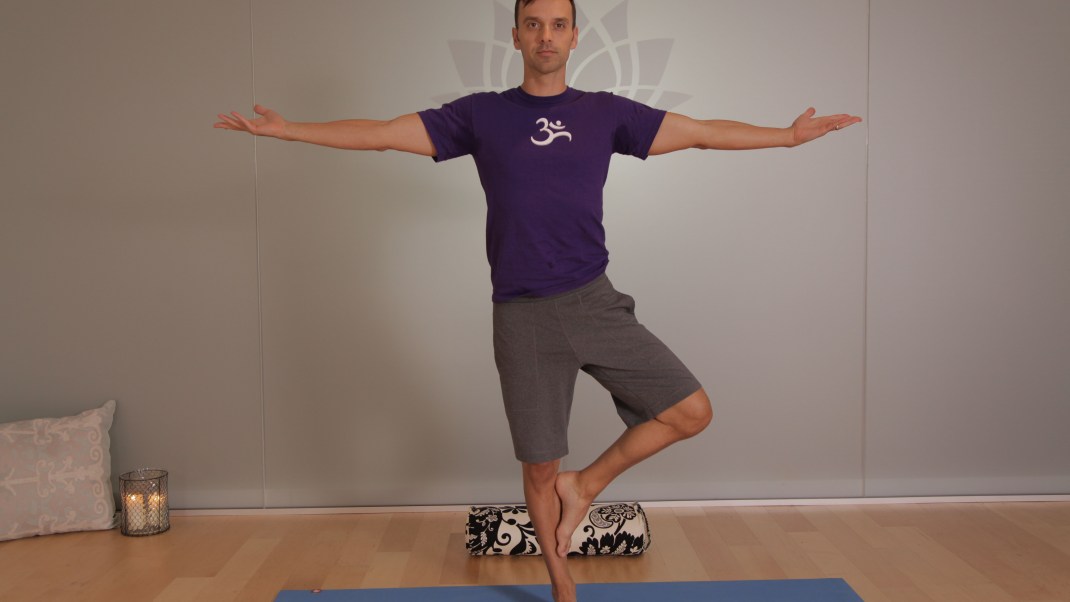 3 Exercises to Strengthen Your Hips and Balance Your Body
June 10, 2014 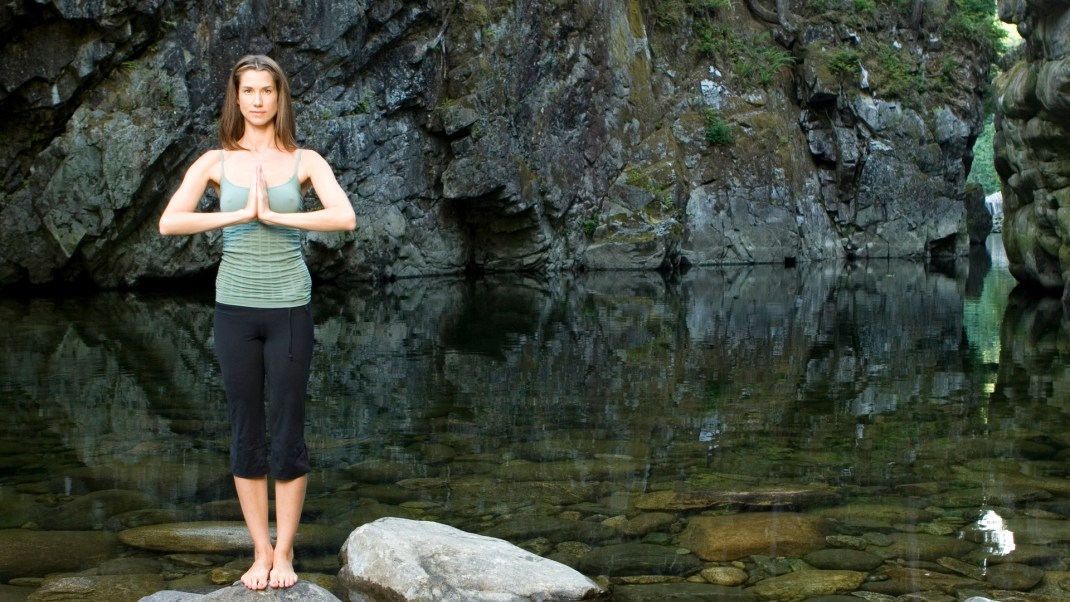