Is Global Warming the Only Thing Affecting Hurricanes? 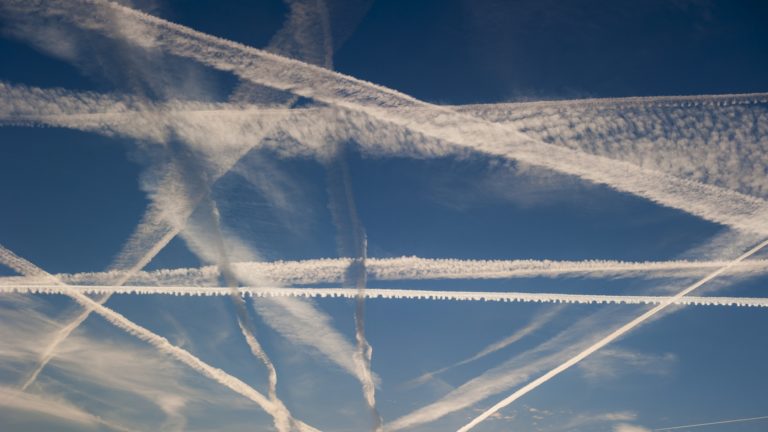 Today there are conversations about hurricanes and global warming having a causal link and this is likely true. The recent spate of hurricanes and tropical storms, that seem to be growing increasingly devastating every year, are not a coincidence by any means. Their occurrence is undoubtedly natural; humanity has been experiencing tropical storms and hurricanes for time immemorial. It’s also becoming pretty clear that they’re being exacerbated by anthropogenic means. But to what extent have we made these storms worse and could there be another force at play that may be intentionally manipulating the weather?

Does Climate Change Cause Hurricanes?

While climate change has been shown to have a correlation with the exacerbation of hurricanes, it does not cause them, which is where one must be careful with their verbiage. These types of storms have been and will continue to occur as long as we have a climate, but the increased intensity of recent storms can be definitively linked with a warmer climate.

These tropical storms and hurricanes feed off of heat and water, so when the surface water temperature of the ocean increases, so does the intensity of the storm. Storms also feed off of water vapor in the air, so in a warmer climate, when ice caps are melting and sea levels are rising, more water is going to be introduced as vapor into the air. This combination is causing and will continue to cause storms to become larger and more devastating.

Climate scientists who have been studying trends over the past century have noticed significant and steady rises in ocean temperature, air temperature and global wind speeds. These are all contributing factors in generating massive storms that we have seen get tangibly worse. In fact, since the 1980s, scientists have found that storms can develop from small storms into large category storms much quicker than they ever have – nine hours faster to be precise. Another study from a NASA scientist found that rainfall in North American tropical cyclones has steadily increased by 24% every decade since 1988. 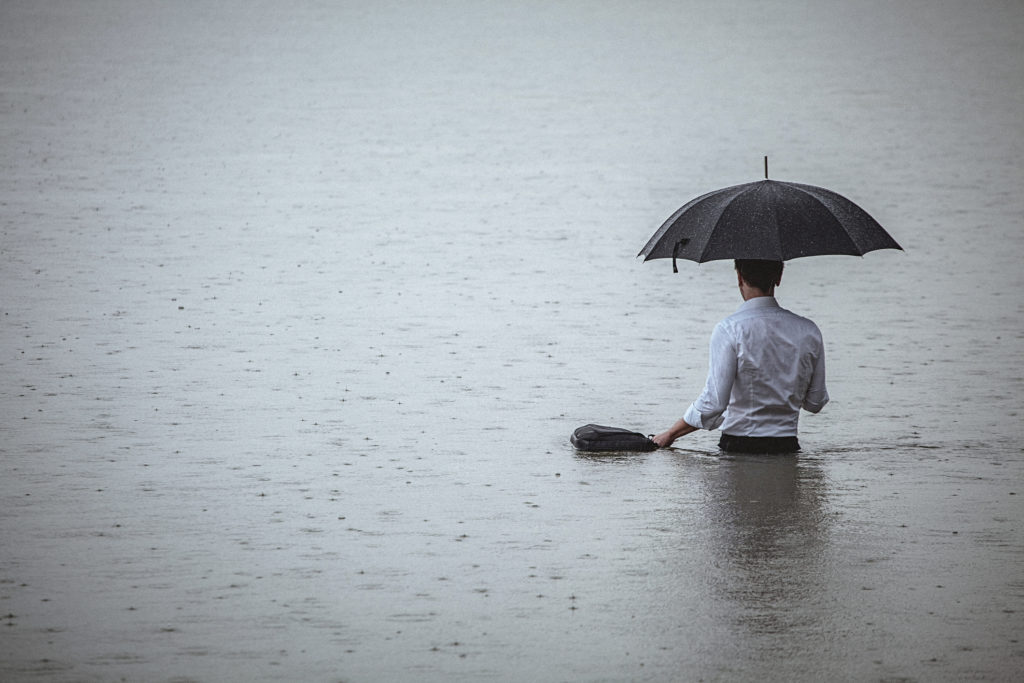 How Can We Stop Them?

Aside from drastically changing our habits and halting global carbon emissions, which is more than unlikely, there have been some interesting propositions for dealing with this situation. Popular Mechanics published an article detailing some of the more uncommon and creative methods that have been suggested, with varying degrees of pragmatism. While some of these are rather outlandish and more wishful thinking, others have received NASA funding and are in research and developmental stages. Here are a few: 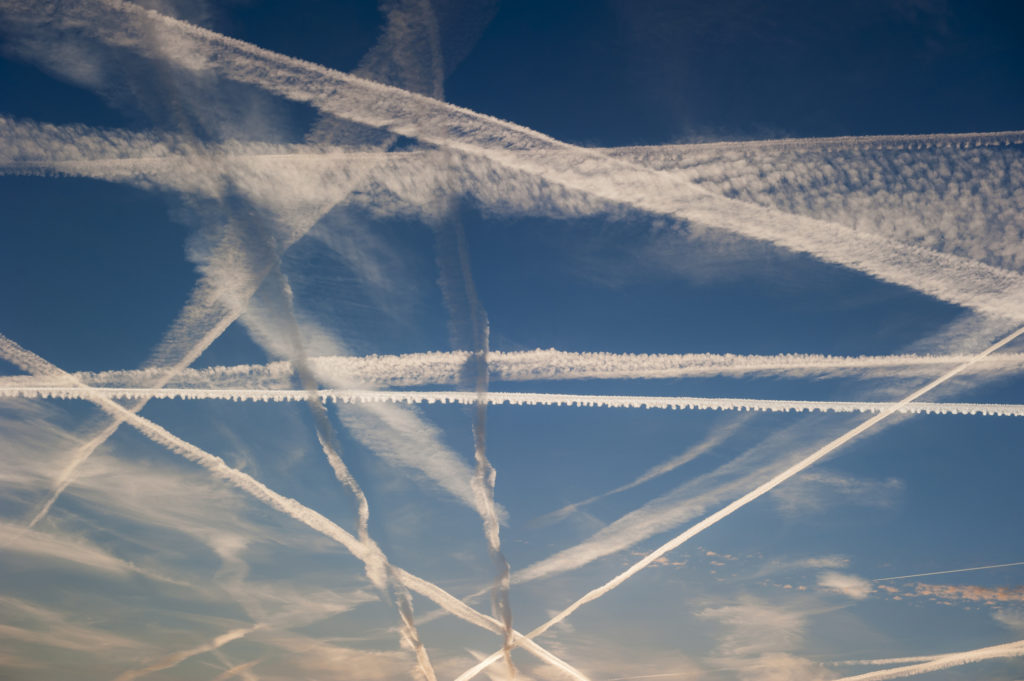 It’s probably pretty obvious which one received NASA funding (hint: it’s the microwaves), but it also leads to some ethical and conspiratorial questions regarding weather modification. In fact, one of the proposals mentioned in Popular Mechanic’s article was a government cloud seeding project dating back to the ‘60s called, Project STORMFURY. The project involved seeding clouds with silver iodide crystals, in hopes that it would create an outer eyewall, which would cause supercooled water in the storm to freeze, subsequently disrupting the hurricane. The project failed, but it hasn’t seemed to dampen the military’s interest in weather control and modification.

Weather as a Force Multiplier: Owning the Weather

A document that was either leaked or released by the US Air Force, dated August 1996, lays out plans that the military proposed for harnessing and weaponizing the weather. The document details things like storm enhancement and modifications; precipitation denial through drought and denial of freshwater; and cloud modifications.

The Air Force proposal briefly discusses the benefits of weather modification for businesses and governments, but focuses primarily on war tactics and strategy. It also provides a cursory acknowledgement of the legality of its proposal, as well as how it wouldn’t likely be accepted by the UN and international community, but continues to tout its benefits and necessity.

What makes the document eerie is the confidence in the feasibility of the technology, as if it was in nascent stages of development and on the cusp of being implemented. Some have pointed out that its usually safe to assume that if the military is talking about having a technology in development for the future, it’s likely that they’ll have it developed about 25 years prior to the proposed date. The document suggests having this technology by 2025. It makes claims like…

“Current technologies that will mature over the next 30 years will offer anyone who has the necessary resources the ability to modify weather patterns and their corresponding effects, at least on the local scale.”

And, “the weather-modification applications proposed in this report range from technically proven to potentially feasible.”

Another aspect of the document that is slightly disturbing is the gung-ho tone of the military brass who are proposing the technology. They compare the importance of weather modification to the atomic bomb and splitting the atom. Within the document there isn’t a modicum of concern for the environment or the repercussions of messing with mother nature. Its war-mongering theme is underscored by a sky’s-the-limit attitude that sees nothing wrong with manipulating weather patterns which could inevitably have lasting, global effects.

“The number of specific intervention methodologies is limited only by the imagination, but with few exceptions they involve infusing either energy or chemicals into the meteorological process in the right way, at the right place and time. The intervention could be designed to modify the weather in a number of ways, such as influencing clouds and precipitation, storm intensity, climate, space, or fog”

Has the government already tested programs to modify the weather? Undoubtedly. But to what extent has it been successful and is currently manipulating weather patterns is up for debate.

Owning the Weather
About the Author