Goddess Mythology Throughout the Ages

Mythological gods and goddesses have long symbolized the eternal heaven within human beings. This is how cultures connect to and move through life in a way that enables them to make sense of their surroundings and circumstances and move beyond what often is a hard physical reality.

Cultures throughout time have embraced and worshipped the image of a mother goddess for a variety of reasons. Mainly, she is looked to as a symbol for abundance, fertility, kindness, family, marriage, good harvests, and good fortune. Traits ascribed to these lovely beings, such as femininity and womanhood, have also represented hearth, home, family, fertility, compassion, strength, and loving kindness throughout the centuries. Others, like the Norse giantess Hel and the Egyptian goddess Isis, represent the darker sides of life — the underworld, death, magic healing, and guiding the fates of men.

Goddess or woman worship began around the Paleolithic period (2.5 million years ago to 10,000 BCE), which is humanity’s longest recorded time on Earth. Archaeological digs unearthed artifacts dating back to this time period, the most frequent of which is Venus, believed to have been carved between 24,000 to 22,000 BCE.

The next period to follow was the Neolithic, in which more carved goddess figurines were unearthed and appear to date back 10,000 years. This era was when farming became a standard practice, and figurines from this time period most likely represented fertility and offerings to ensure ample harvest.

The Egyptians were also at the forefront of goddess culture, beginning with their Nagada culture. Quite a few murals depict a goddess figure standing between two lionesses. Lionesses were a symbol of good motherhood. Earth, moon, sky, and primordial waters were also associated with the feminine and the care-giving powers therein. Egyptians worshipped many gods and goddesses, but the most prominent of the female figures in Egyptian mythology were Isis and Hathor. These traditions were then passed to other cultures.

Other archaeological digs scattered around the world also revealed the number of goddess figurines far outnumbering those of male gods, leading us to believe many early societies were mainly matriarchal.

Female mythological figures and symbolism are prominent in many cultures, and each deity may bear resemblance to the others, despite cultural differences. Here we’ll examine three goddesses and discuss the traits of each one.

Perhaps one of the most well-known goddess figures comes unsurprisingly from ancient Greek Goddess mythology. Gaea was referred to as the Greek “Mother Goddess,” whose physical representation embodied Earth and Life at their most fundamental: the elements. From her, the sky, the stars, and the Earth with all its rivers, mountains, and plains sprang to life, supported by her wisdom and grace. Born at the dawn of creation, she sprang fully formed from the void, and was considered the great mother of all, including the Titans in her union with the God Uranus. It is also believed she gave birth to the sea gods and giants, and many other earthly creatures sprang forth from her.

Seen as the all-nourishing mother, Gaea was also credited as being the source from which divine inspiration arose, as well as an oracular divinity. Her following grew over time until she was honored universally in her many splendid temples around ancient Greece as a prophetess. Due to the motherlike nature of her representation, she presided over marriages, oaths, and the hearth or home. Her symbols — fruit and grain — perfectly embody her symbol of plenty, abundance, and caregiving.

Originally less of a well-known goddess, Isis’s link to the kingships in Egyptian culture slowly brought her to the forefront of Egyptian Goddess mythology, and she became one of the most widely worshipped deities, even still today. She embodied many life aspects simultaneously. In connection with death, she was the principal deity associated with funeral rites. As a healer with magical abilities, she cured the sick and injured and brought the dead back to life. Like Gaea, Isis also symbolized motherhood and was considered a role model for all Egyptian women.

Unlike Gaea, Isis had parents. Allegedly the daughter of the earth god Geb and the sky goddess Nut, she married her brother Osiris, the king of Egypt. A supportive and loving wife, she was also attributed with teaching her female subjects the art of homemaking, including weaving, baking, and brewing beer. Osiris was eventually murdered and hacked to pieces by a jealous sibling, Seth, and Isis mummified her former husband and restored his body to one whole again, but he was neither living or dead. Nine months later, she bore a son, Horus, and Osiris retreated to the underworld to become King of the Dead. Isis hid her son from his murderous uncle in the rushes along the Nile delta until he was fully grown and could avenge his father’s death.

A model wife and mother who used intelligence and kindness to defend the men her life when necessary, Isis’s special gift was one of magical powers that superseded those of the other Egyptian deities, and her influence spread far enough for historians to wonder if early depictions of a maternal Isis nursing Horus influenced similar depictions of the Virgin Mary with the Christ Child. The most common physical manifestations of Isis are as a beautiful woman in a sheath dress, with the sun or cow’s horns on her head. Occasionally, a scorpion, a cow, or a sow represented her. Initially the healer called upon for dead or ill kings, as her popularity spread with more and more temples dedicated in her honor around the world, her healing powers soon grew to encompass and benefit all Egyptians.

Norse Goddess mythology is rife with impressive strong female deities, and none perhaps so intimidating as Hel. According to 13th century Icelandic scholars, Hel is the daughter of the Norse god Loki and an impressive giantess named Angrboda. A giantess herself, her name means “hidden,” and scholars believe she was the original source of the phrase “go to hell.” Her family also included a wolf sister, “Fenrir,” and a serpent brother, “Jormundgand.”

Hel ruled over the identically named underworld of the dead and is often portrayed as rather cruel, harsh, and indifferent to the sufferings of both the living and the dead.

The Death of Baldur is one of the few remaining texts in which Hel is featured prominently. Baldur, a universally beloved god, was slain by Loki, Hel’s father, and Baldur was relinquished to Hel to become another member of her underworld kingdom.

In response, the other Norse gods sent a messenger to negotiate with Hel to release Baldur back to the land of the living. The messenger, Hermod, pleaded with Hel on behalf of his friend, claiming many in the known world were in tears over the loss of this figure. Hel refused to release her captive until everything in the cosmos wept over their loss, and Hermod traveled the world encouraging all beings to shed their tears in support of Baldur. Only one giant refused, who was most likely Loki in disguise. Baldur was not released from the underworld, and Hel kept him in her dark clutches forever.

Unfortunately, beyond this story and a few sparse texts, little more about Hel’s personality is known from the remaining Norse texts, but she was often described as appearing half black, half white. She struck a hard bargain, and symbolizes the inevitability and indifference of death.

Mythology has connected human beings to each other and the deeper meanings hidden in life since language was first born. When looked at from a metaphorical perspective, gods and goddesses become energies for humans to call upon and embody. As Joseph Campbell writes in his journal, “Myth makes a connection between our waking consciousness and the mystery of the universe. It gives us a map or a picture of the universe and allows us to see ourselves in relationship to nature … lastly it also helps us pass through and deal with the various stages of life from birth to death.”

From Gaea, the “Mother of All,” to Isis, the diplomatic and deeply loving Queen, to Hel, the ruler of the underworld, goddess mythology portrays characteristics and archetypes of the ultimate woman in many bodies, and remains a fascinating part of ancient and modern culture. 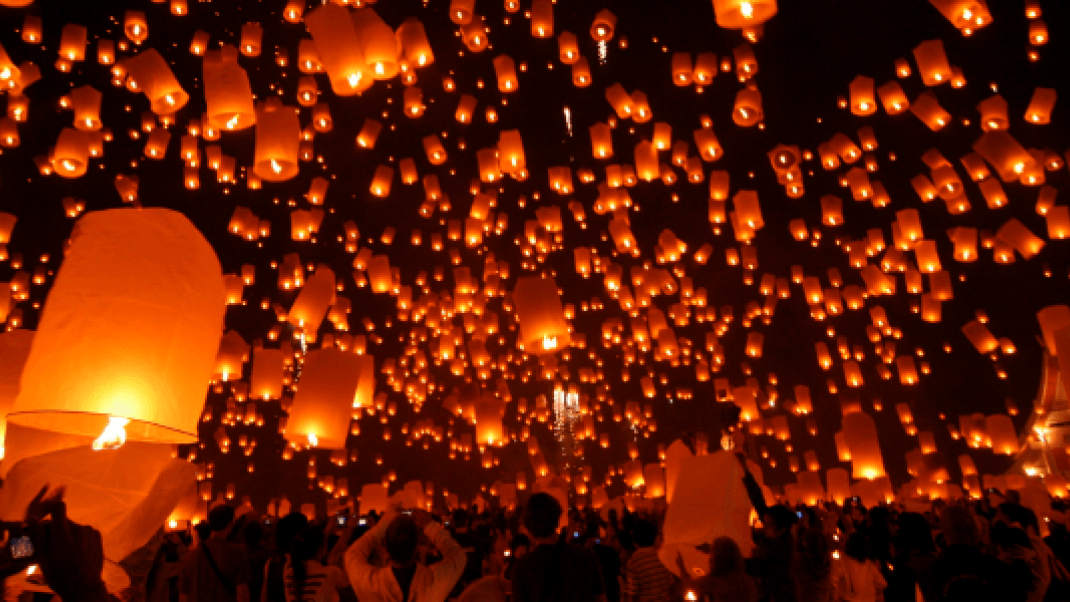 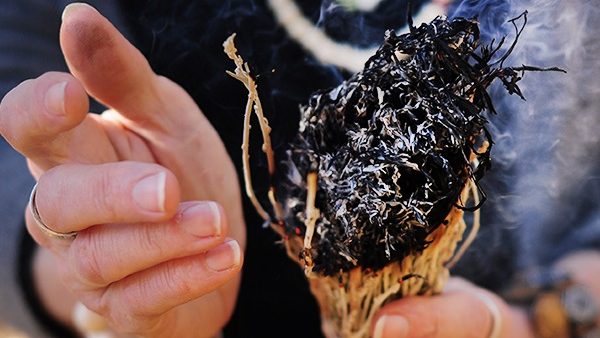 How to Hold a Smudging Ceremony
January 4, 2018 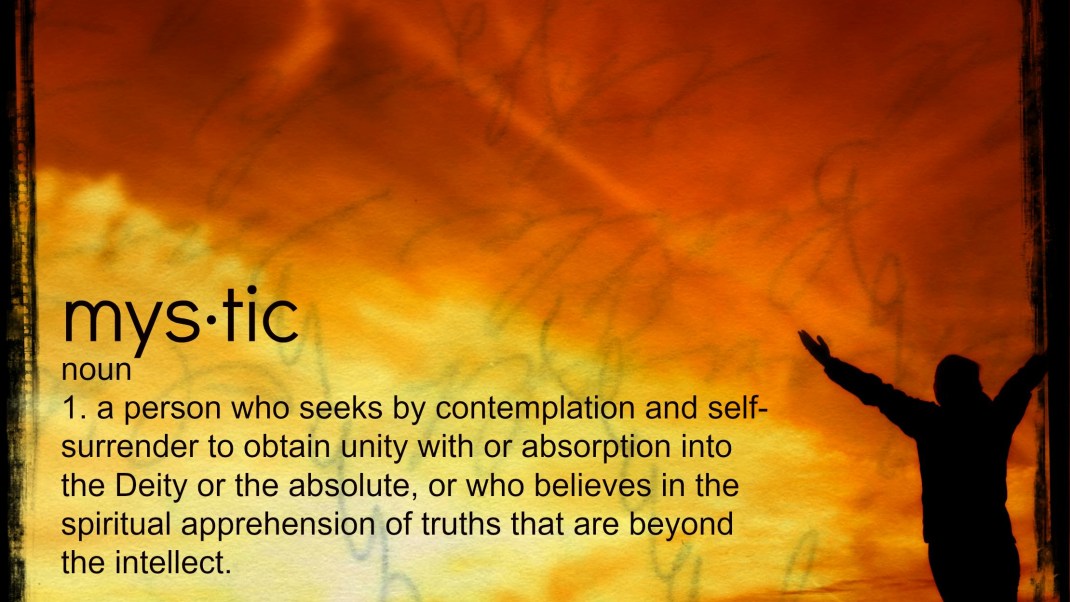 Reviewing the mystic and his role in our history
January 13, 2014 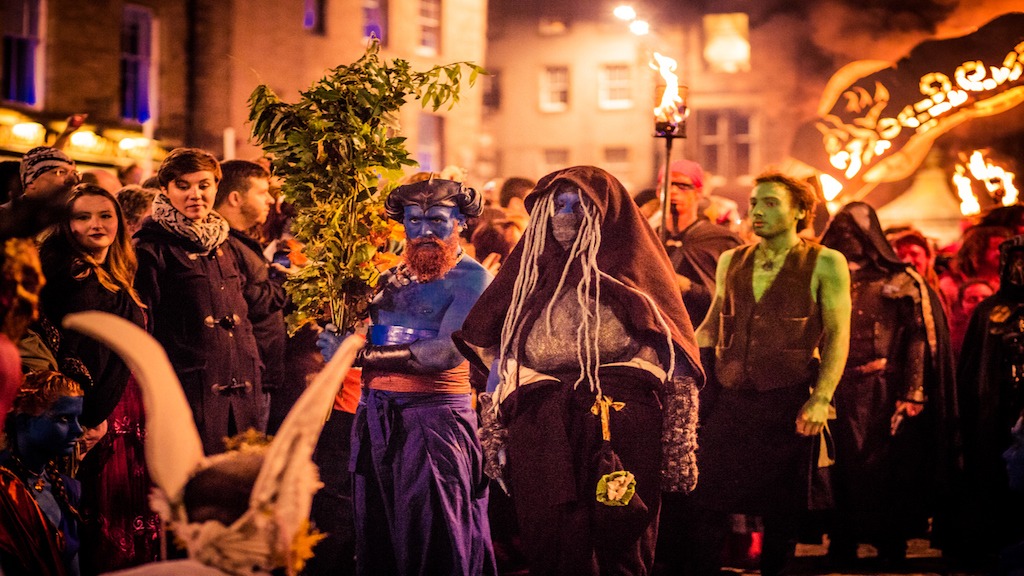