The Origins of Shamanism

The Origins and History of Shamanism

Shamanism originated in Siberia, where members of indigenous tribes would gather the sometimes poisonous and highly psychoactive mushroom, Amanita muscaria. Once it was recognized and classified as shamanism, it became apparent many cultures around the world conducted similar practices.

It might just be the oldest spiritual practice in the world – one that is not necessarily based on faith in a particular god, but rather based on animism, the belief that everything is living and has a spirit.

Shamanism has persisted all over the world since its inception in ancient native cultures, including Siberian, Indian, Native American, and South American Shamans. Shamanism has had to fight oppression from governments and religions worldwide that perceive it to be a manic and primitive tradition. But its mysticism and continued practice remain strong throughout disparate tribal cultures, many of which had little to no contact for centuries, despite their very similar traditions, beliefs, and rituals.

So what is shamanism? Shamanism is thought to be the key to existence, as long as shamanic rituals are practiced we will continue to exist. Shamans are a link between our plane and higher planes of existence. They link to the spirit world in order to heal, contact deceased ancestors, influence the weather, and uplift consciousness.

Duties of the Shaman

A shaman is concerned with the health and well being of the entire community, not any one individual or privileged group, and this extends to all plants, animals and the whole environment. Shamans traverse the spirit worlds by inducing an ecstatic state, which leads to states of trance and spiritual, or sometimes physical, transformations.

This state is achieved through different methods, depending on the traditions of the particular culture. North American shamans, like those in Native American tribes, are known to induce an ecstatic state through deprivation techniques like fasting and isolation. South American and Siberian shamans are known to use hallucinogens and intoxicants to induce the ecstatic state, including mushrooms, peyote, Ayahuasca and alcohol.

Shamans of North America typically gain their power through inheritance, personal quest, election, or by spiritual power. They often specialize in the removal of intrusive objects – this is often done by sucking out the object, literally or figuratively, to remove maladies or anything that is physically ailing. Other shamanistic practices aim to influence the weather, help with a hunt, or provide future wisdom.

South American shamans, located primarily in the Amazon, are chief-like figures in their tribes. The South American shaman is associated closely with jaguars and often the word used for a shaman is similar to the word for jaguar. Shamans are thought to be able to transform into jaguars at will and jaguars are thought of as not actual animals, but either a transformed shaman or the soul of a deceased shaman moving through the physical realm. Disparate tribes with little to no interaction have almost universally associated shamans with jaguars and believe in this ability to transform.

Many South American shamans perform Ayahuasca ceremonies in order to invoke the ecstatic state by creating a tea from the Banisteriopsis caapi plant, often referred to as yagé. This plant contains the psychoactive compound DMT, which produces one of the most intense psychedelic experiences known to man. Consumed alone, the DMT in Banisteriopsis caapi is negated by an enzyme in the stomach known as monoamine oxidase.

That’s why yagé is mixed with another plant containing an MAOI, or monoamine oxidase inhibitor, the same compound contained in many antidepressants. How shamans knew to mix these two particular plants out of the seemingly infinite possible combinations of the 40,000 different plant variants in the rainforest is a bit of a mystery. But if you ask them, they’ll tell you the plants themselves told them.

Shamans administer this compound to seekers and often take it themselves to connect to the spirit world. Other shamans in South America use the psychoactive drug mescaline from Peyote, San Pedro and other cacti to induce the shamanic state. 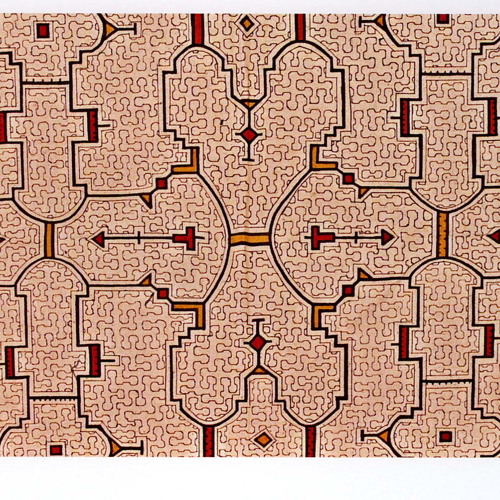 Icaros read and sung by a shaman

One key element used by shamans are the instruments played to activate the ecstatic state. Typically, a drum is used, but in South America rattles are often shook in place or in addition to a drum. For South American shamans, the rattle is very symbolic of the awakened state between our world and the spirit world they connect with. The gourd of the rattle signifies the universe, while the seeds or stones inside represent the souls of ancestors that have passed. The connection between the shaman and our ancestors is seen through the rattle’s handle, representing the world tree as a pathway to connect with the cosmos.

Particularly in Peru, the shaman will sing “icaros,” or songs depicted on tapestries by a meandering pattern resembling a puzzle or maze, but which can be read much like a musician reads sheet music

Shamanism in Siberia is considered to be the origin of the practice. The culture was found in herding populations in northern Asia, particularly a group speaking a language called Tungus.  Throughout Siberia and Mongolia, the shaman was one of the most revered members of a tribe. They would either be initiated by other shamans, or take a solitary, spiritual journey off from the tribe to contact spirits and learn their mystic ways. Shamans would fit into different classes based on what they specialized in. Some would ward off evil spirits, others would act as healers, and some would conjure spells or black magic.

The yurts that are common in the nomadic areas of Siberia and Mongolia are very symbolic in shamanism. The yurt is the connection between the underworld, physical plane, and heaven. The smoke that emanates from the middle of the yurt is the path thought to take the shaman to the cosmic world when conducting ceremonies to contact the dead.

The botanical hallucinogen of choice for shamans in Siberia is the Amanita muscaria, or fly agaric mushroom. The mushroom is highly poisonous and can be deadly in large doses, therefore the shaman must be able to correctly identify and take the proper amount. Siberian shamans would feed the mushroom to reindeer and then drink its urine in order to inactivate the poison and attain its psychedelic effects.

While shamanism was outlawed under the Soviet Union, it has had a resurgence since the fall of the USSR. Modern Siberian shamans believe that a quarter of its population practices shamanism. This sect of shamanism is called Tengerism and has been recognized as a national religion. This shamanic practice focuses on environmentalism and co-existence with other religions. While some see this as the persistence of shamanism into a modern era and modern iteration, others think that it has lost key elements of its origins and is now practiced because it is trendy.

Path of the Shaman 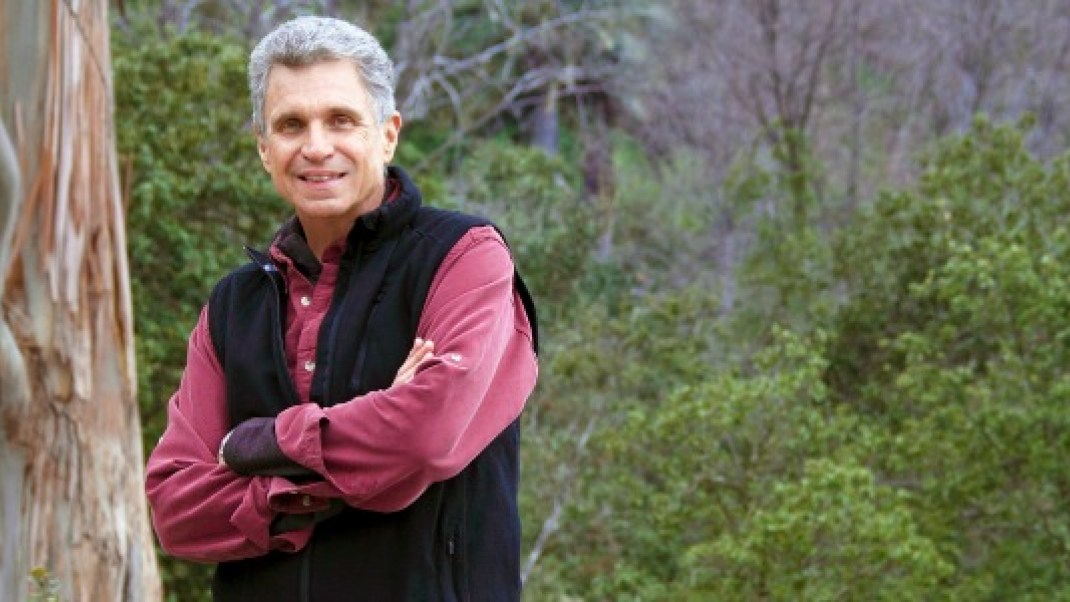 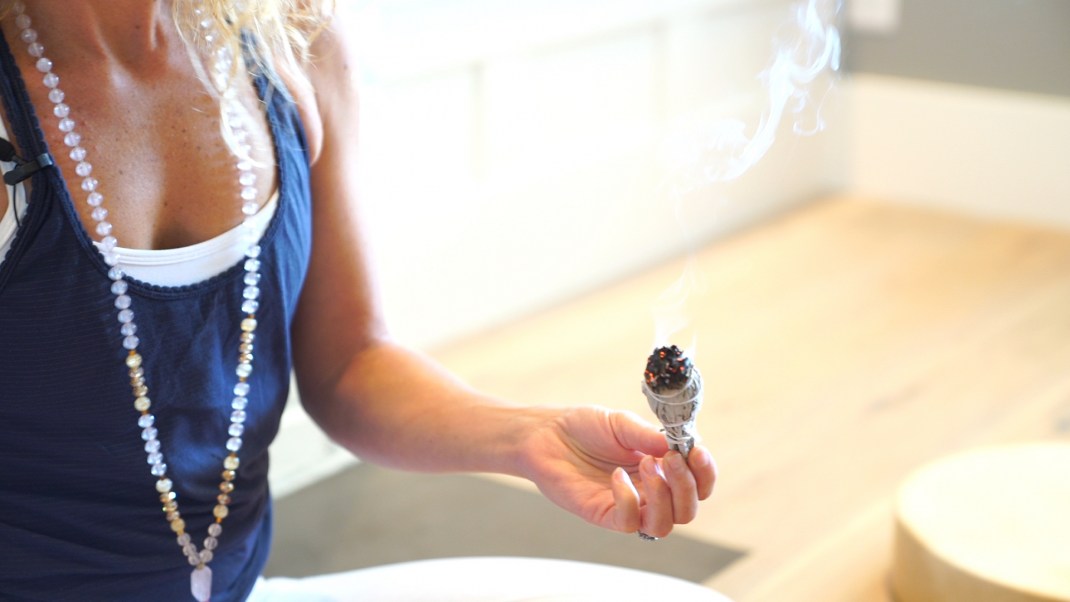 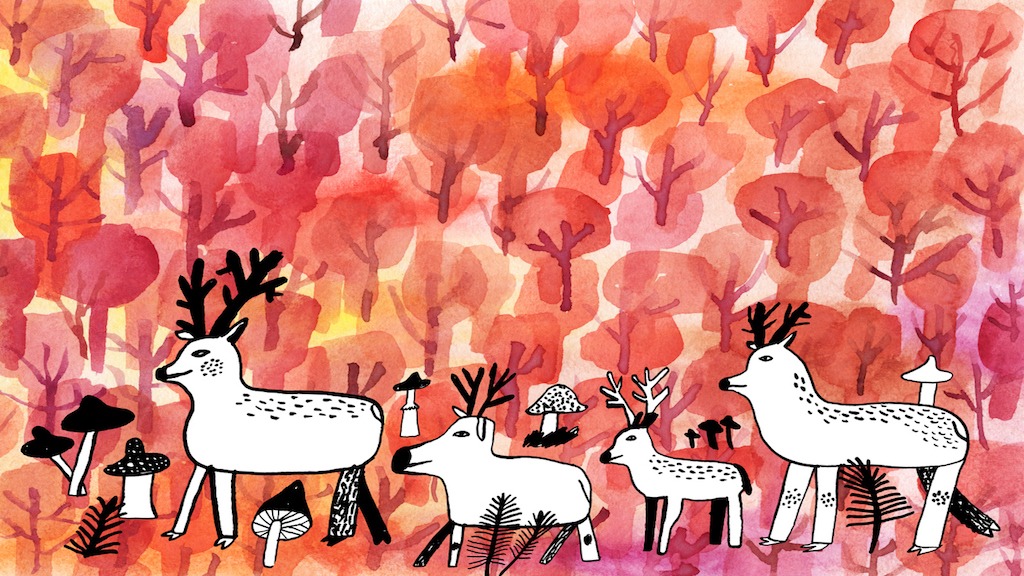 The Story of Santa Claus Might Come From Mushroom-Eating Shamans
December 24, 2019

How to Hold a Four Directions Ceremony
February 3, 2017