The Story of Santa Claus Might Come From Mushroom-Eating Shamans

Is it possible that the folktale we know and love about Santa Claus finds its roots in the psychedelic mushroom-eating shamanism of people living in boreal regions of Europe? While there is some contention around this theory, there are a number of undeniable motifs connecting Santa’s yearly trip drawn by flying reindeer, and the analogous rituals of an isolated peoples’ use of the psychedelic Amanita muscaria mushroom.

For those unfamiliar with Amanita muscaria or Fly Agaric as it’s also known, you’ve probably seen it depicted in pop culture from Super Mario to Alice in Wonderland, to the toadstool your average garden gnome is seen standing akimbo under.

Known for its distinctive red and white speckled cap, Amanita muscaria is one of the most recognized mushrooms in the world. Though it can be deadly when consumed improperly, some cultures eat it for sustenance after boiling away its toxins. For those looking for an otherworldly experience, its ibotenic acid-rich contents have led many on psychedelic journeys over the thousands of years of its known use.

If you live in a wooded area in the northern hemisphere, there’s a good chance you’ve seen it growing near an evergreen tree, especially a pine or fir. In fact, the mycelia of the mushroom intertwine with the roots of the tree in a mycorrhizal relationship – in this case, a positive symbiosis. And it’s here that we find the first instance of Amanita’s connection to the story of Santa Claus – the mushroom growing under the Christmas Tree.

Of course, one could draw the connection between Santa’s red and white outfit and the red and white splotches on Amanitas, but that’s not necessarily enough – a pairing of two colors isn’t uncommon. But when we dig deeper it becomes clear there is a multitude of links.

To the Sami people in the Lapland region of northern Scandinavia, as well as other nomadic tribes throughout Siberia, Amanita was an incredibly valuable commodity said to be worth as much as a reindeer.

And that perception of value transcends these nomadic humans all the way down to their reindeer, who are known to dig through the snow in search of the mushrooms or come running from miles away when the pungent scent of the fungi’s chemicals are picked up in the urine of a human ingesting it.

In fact, drinking the urine of someone, or some animal, that has ingested Amanita was the preferred method of consumption, as the aforementioned ibotenic acid must be filtered through the kidneys into a compound called muscimol, in order to attain the psychedelic trip. And whether or not they trip too, reindeer love to consume muscimol. 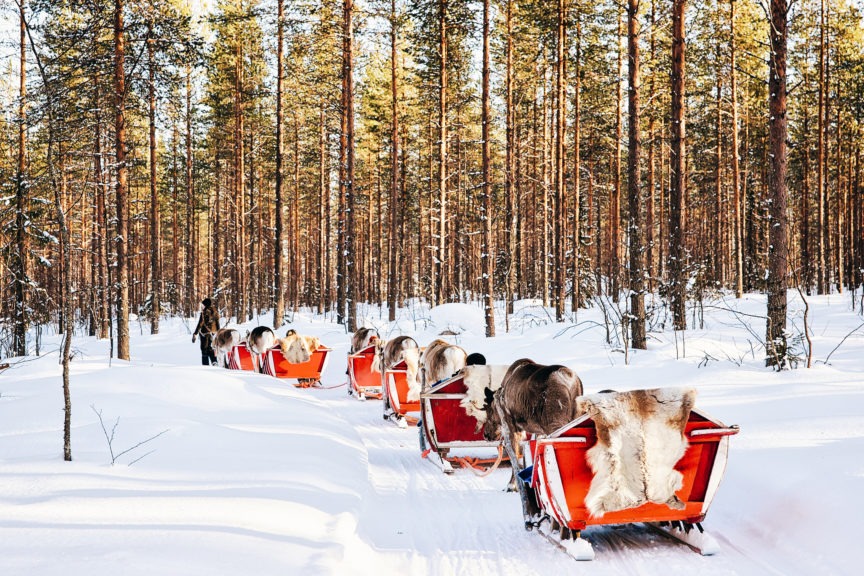 Reindeer sledding in Finland in Lapland in winter.

Once imbibed and the psychedelic trip initiated, it was said the consumer of Amanita began to look like the red and white mushroom itself, hence Santa’s trademark colors. Typically, this was the shaman who began his ceremony, transcending worlds above and below the Axis Mundi to speak with ancestors and return with wisdom and advice – a type of gift bestowed on each household.

In exchange for such wisdom, as well as his psychoactive urine, the shaman was shown gratitude in the form of food and drink – the primordial milk and cookies that fattened him up.

Some say it was also normal for the shaman to enter through a hole in the roof of the nomads’ tents in lieu of its main entrance, as it was regularly covered by mounting snowdrifts. The shaman would also bring a sack full of dried Amanita as gifts to families, which he gathered during treks in nearby forests throughout the day.

Another way to bypass or convert the amount of ibotenic acid in Amanita is to dry the mushrooms, similarly done with “magic” mushrooms to increase the potency of their psychoactive compound, psilocybin. The shaman’s sack of Amanita was distributed to his community, who would then dry out the mushrooms by hanging them in their socks over the fire, much like stockings hung on the mantle at Christmas.

Critics of the Santa Claus mushroom shaman connection insist the story of Kris Kringle actually derives from the story of the Christian St. Nicholas – a bishop who donned a red and white robe and was known for his extensive generosity and altruism. And to an extent, there may be some validity to this, in that it may have been the original impetus behind the archetype of Santa. However, it does nothing to explain the flying reindeer and other bizarre fairytale elements of Santa.

One reconciliation proposed by some is that elements of the story of Santa Claus might draw from both sources, with the shamanistic aspects possibly becoming incorporated through the collective unconscious, or through storytelling that transcended cultures over time.

The late Terrence McKenna was a proponent of the shamanic Amanita muscaria Santa story and even tied it into one of his more well-known archetypes he regularly experienced on psychedelic tryptamines.

McKenna would often speak of very specific entities met under a strong dose of psychedelics known as the self-transforming machine elves — elves — need I say more?

In his book Breaking Open the Head, Daniel Pinchbeck talks about recurring experiences people have reported on Amanita in which mushroom entities come and directly speak to the person who consumed the mushroom, asking them why they decided to eat Amanita.

“They were visitors to our world, making their own journey through the cosmos. And to a limited extent, when it suited them, they involved themselves in human affairs. In his book on visionary plant use through history, The Long Trip, Paul Devereux describes common features of Amanita intoxication: ‘the spirits of the mushrooms might appear to the individual and converse with him directly. He might even feel himself turning into a mushroom spirit. The mushroom spirits tend to wear wide hats on heads that sit on stout cylindrical bodies without an intervening neck, and the number seen depends on the number of mushrooms eaten,’” Pinchbeck writes.

This account of the feeling of becoming a mushroom or seeing anthropomorphic mushrooms corroborates the idea that the image of Santa comes from the feeling or vision of seeing a red and white speckled being, induced by the psychotropic properties of Amanita.

In the classic Lewis Carroll novel Alice in Wonderland, upon eating what was certainly Amanita muscaria, Alice shrinks down or explodes to a size much larger than her normal stature. This is a common sensation reported by users of the mushroom who say they, or other objects, appear larger or smaller to them.

Similarly, on Christmas, Santa is able to shrink himself down and grow back to his normal size in order to fit down the chimney to drop off presents, despite constantly snacking and expanding in waist size. Could this also be a reference to the bizarre perceptions of depth experienced under the influence of muscimol?

It’s hard to say, but all of these pieces of evidence certainly seem to be subtle, or sometimes not so subtle, references to the sacramental use of Amanita muscaria by the medicine man of a group of people living in the Arctic.

Does this change anything about the way one should celebrate Christmas? Well, we’re definitely not going to encourage anyone to go eat Amanita, or worse, seek out and imbibe the urine of a shaman who ate it. Though, we might recommend using the holiday to focus and reflect on one’s mental, physical, and spiritual health, while remembering and honoring the life-giving, fungi-growing planet we call Mother Earth, Gaia, or just home. Happy Holidays!

Want more on Daniel Pinchbeck’s exploration in shamanism, psychedelics and religion? Check out this episode of Mind Shift with Alex Grey: 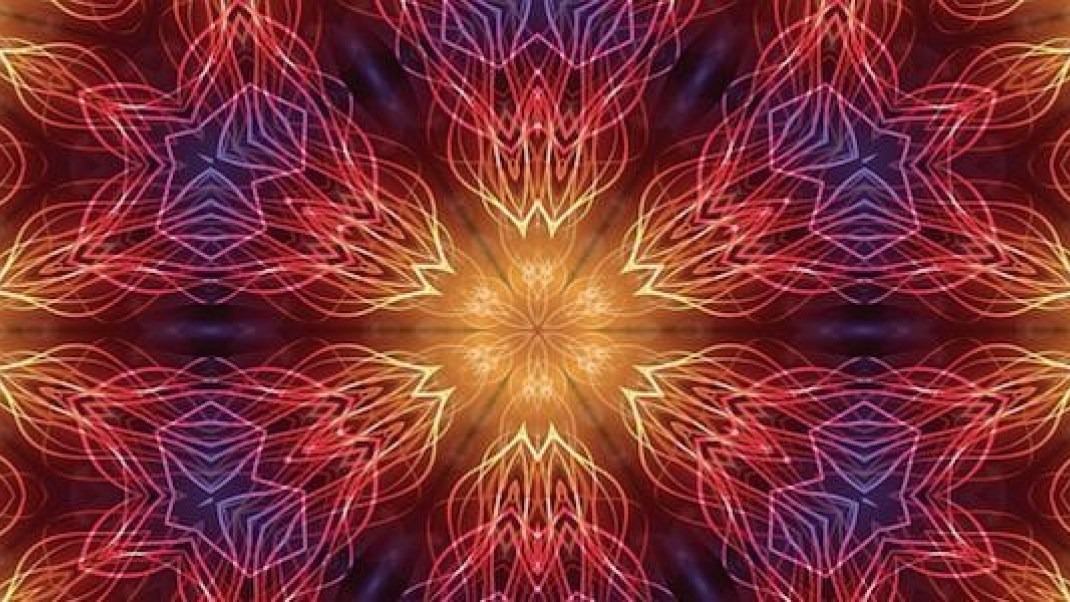 The Subtle Art of Shamanism and Energy Healing
November 25, 2015 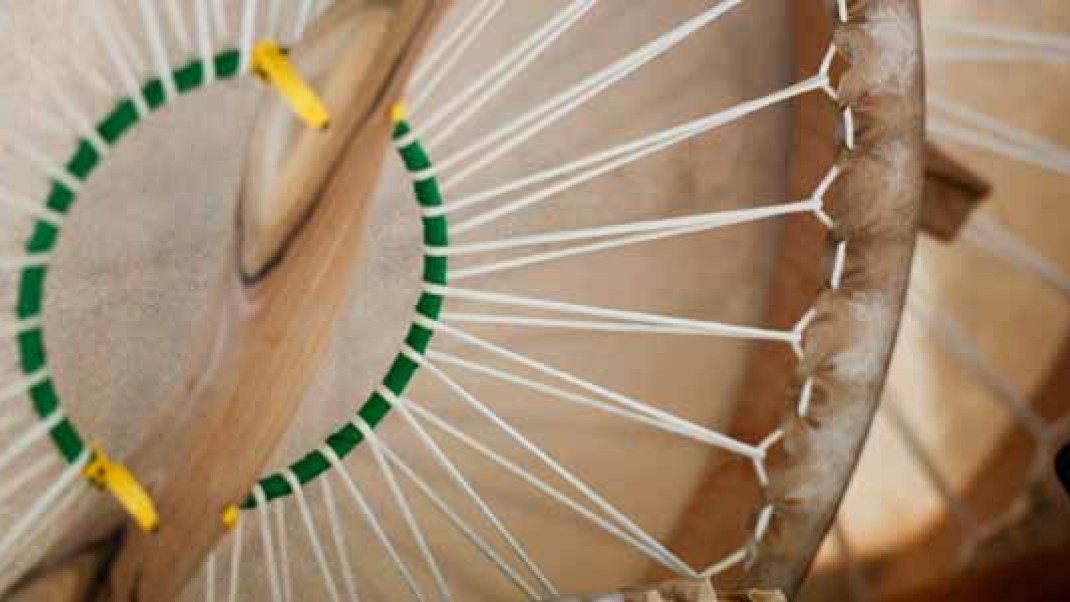 Soul Retrieval: The Shamanic Nature Of The Soul
August 24, 2015 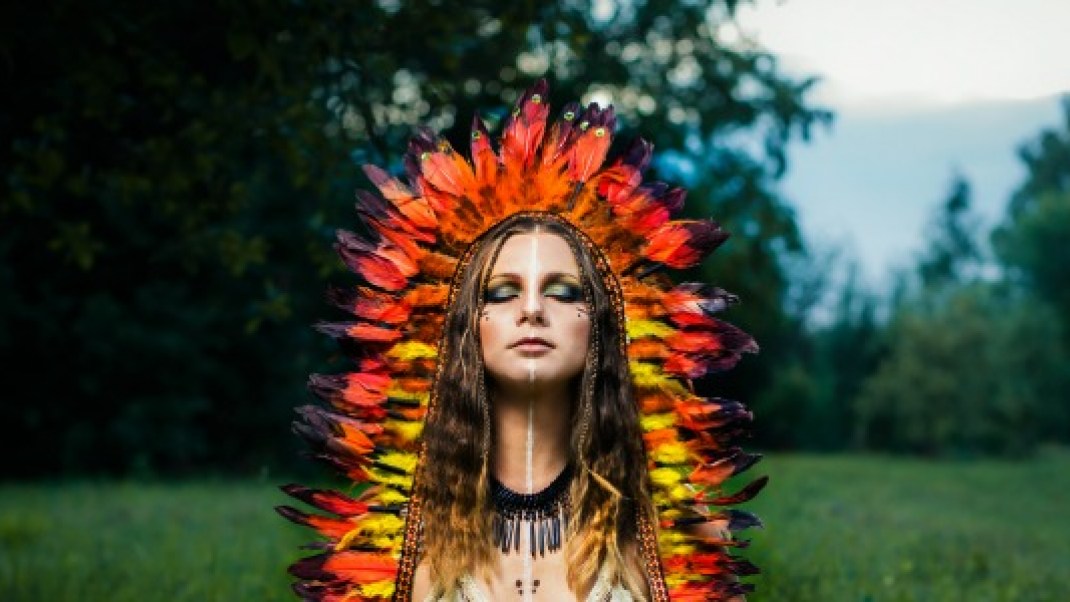 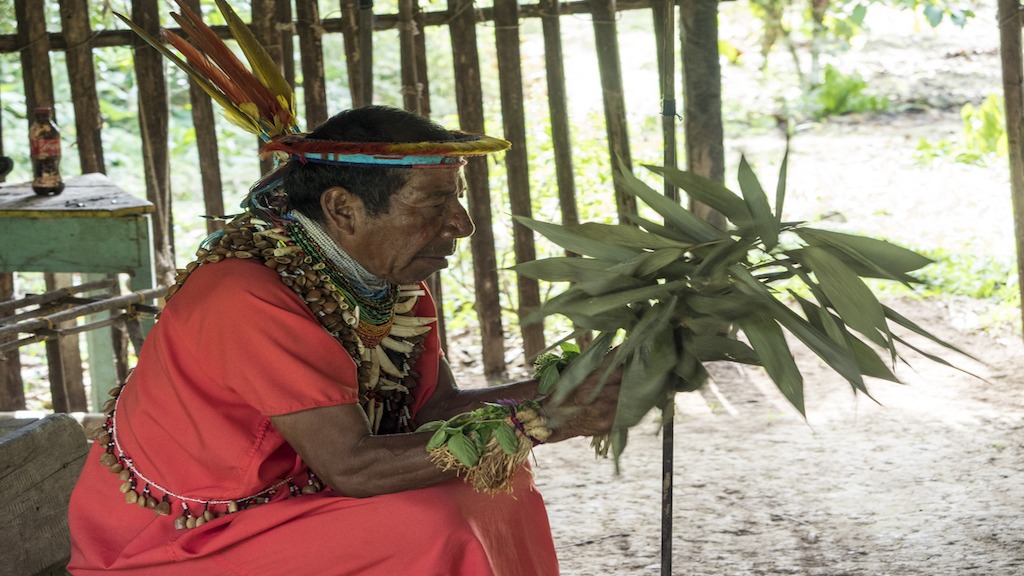 The Origins of Shamanism
September 3, 2019