Soul Ascension: The Evolution of Spiritual Being

A metaphysical term has become quite popular: When I first heard about “Soul Ascension,” I had a basic idea of what it could be, but was surprised when I delved into it further. There are many different definitions of Soul Ascension out there, depending upon which author you read, but one thing that does seem to be consistent, is a lengthy list of symptoms that indicate a person is going through the ascension process.

It seems that every expert on the subject has a slightly different set of symptoms, but to be perfectly honest, most of them seem to be more symptomatic of living in modern times than anything else.

Still, if it makes someone feel better to connect heartburn with spiritual evolution, then I don’t see the harm in it, as long as they aren’t neglecting other possible causes of the malady.

What is a Soul?

The concept of the evolution of the soul is nothing new. We’ve been preoccupied with what the soul is and how to make it better from the beginning of our history. One of the major questions I’ve always had is, what exactly is a soul? I got into a fair amount of trouble as a kid, because I constantly asked what it was that received punishment, or a reward, after our earthly journey ended. The answer was, our soul; my soul, to be precise. I was confused as to where it was, what it looked like and did it look like me as a kid, or was it already an adult? I also wanted to know why we couldn’t see souls and so on.

Some of the answers I received, especially after an hour or so of pestering my parents, were less than comforting, but it eventually left me with the realization that there was no real way to define much of what we accept in the spiritual and metaphysical worlds. What I call a soul may be something totally different than your point of view, if you believe in it at all. It’s this imprecise way of looking at things that bothers me about certain avenues of metaphysical study. It’s almost as if the ambiguity itself makes anything fair game and grants a license for any “expert” to say whatever makes sense in the moment. In turn, this becomes fodder for others to expand upon and it launches into its own genre.

As a rule, I tend to shy away from anything that seeks to explain real-world problems with ephemeral, metaphysical answers. I don’t think that we solve anything that way. This is a difficult society we live in. The world is kind of a mess and stress levels are probably as high as they’ve been in a long time. Social mores and any type of cultural cohesion seem to be on the decline and those of us who find it important to maintain a sense of ethics and something solid to believe in, can certainly recognize that we aren’t always supported by a large segment of society.

It’s impossible not to feel stress, if we’re paying attention to our surroundings. A simple commercial for pharmaceutical products can put me into a state of agitation, especially when I hear the side effects, which almost always include death. The daily tensions we feel, especially if we watch the news, are going to make us more tense than we might normally be. The sheer volume of fast and processed foods we eat have certainly added to the obesity problem. I’m not judging, as I have to deal with it, too. Time is a pressure cooker in most of our lives and we do whatever we have to. The advent of pocket computers, in the form of smart phones, means that people are checking their email right before going to bed, overstimulation keeping them up for half the night. There are all sorts of allergies that have nothing to do with pollen, being the result of pollutants, created by a society that perhaps doesn’t care enough.

Throw in global warming and a heaping tablespoon of politics and it’s a wonder that we don’t all begin screeching like angry parrots from time to time.

The Evolution of Spiritual Being

I bring all of this up because every single one of the problems that I’ve alluded to in the above paragraph, are considered by someone to be an indication of Soul Ascension, the evolution of the spiritual being as it rises through different planes, or changes frequencies, to eventually connect with deity. Basically, there’s nothing wrong with this idea, but I do believe that it could lead some people not to look at the real issues that are surrounding us. To me it seems to be a form of resignation, a way to shrug our shoulders and say, “I feel terrible, but that’s a good thing because it indicates that I’m on the right track.” There actually is some truth to this.

The fact that we are aware enough to be influenced and affected by the types of energies I’ve mentioned, is a good thing. It means that we are conscious and sentient enough to realize that there’s something desperately wrong with certain aspects of the world. I cannot say, however, in good conscience, that I feel lousy because my soul is evolving. This is as good a place as any to mention that some of the people who write about such things are anxious to enroll you in their course on how to alleviate the symptoms, or help you hasten your journey up the soul-evolution ladder. I may sound cynical, but I’ve been in the metaphysical world for most of my life and I’ve seen tons of what there is to see.

The Importance of Staying Grounded

It’s common in the West to use terms like Karma and Kundalini, without really understanding the importance of these words. I rarely use them myself, because more than once I’ve been scolded by people who do understand the concepts, informing me that both are largely misused in our culture. Karma is something that is incomprehensible to most of us, far beyond our grasp to completely fathom. Yet, it’s thrown around as if it were the Golden Rule, when it’s much more complicated.

As for Kundalini, I’ve met people who’ve claimed to have had full Kundalini experiences. I’ve also met a couple of folks who’ve definitely had such experiences. Suffice to say, that those who’ve been through the real thing are deeply changed by the experience and talk about it only with hesitation. A spiritual master once told me that most people he knew who thought they’d had Kundalini experiences had actually visited the energy, or had small amounts of it released. He went on to relate that he had an uncle in India who’d had a full-blown Kundalini expansion and essentially spent the rest of his life sitting in a corner, with a smile on his face, saying only a handful of words until the day he died.

This type of Soul Ascension has a price, one of reaching the goal and not wanting to come back.

I’m only offering this as something to ponder and not as a definitive last word on the subject. I only know what I was told, but the source was solid and I also think it benefits us to keep our minds open, just as I believe that it may be possible to experience Kundalini and still function.

Is Soul Ascension Synonymous with Enlightenment?

We certainly can look at holy figures as examples of Soul Ascension. The Buddha sought enlightenment and found it. This begs the question, is Enlightenment the same as Soul Ascension? What is Enlightenment? There is no doubt that the biblical account of Jesus portrays Soul Ascension, as well as corporeal ascension. Many religions point to this idea of rising to a higher state of being and uniting with deity and even suggest ways to do it. You might be surprised to know that ritual magicians also have methods of ascending to different planes and communing with divine beings, or so they say. Entire rituals are built around the practice of invocation and evocation, remembering that those words mean something different to the ritualist than they do to the rest of us.

Soul Ascension is All About Perspective

There is no doubt that we can improve our lives by a concerted effort to make them better, to relieve ourselves of the stresses of everyday life and modern living. It seems astoundingly clear to me that if we look and believe, we can make a difference in our own lives and feel more in control of our progress and our personal process of spirituality. It also seems clear to me that if someone is burdened with woes, trying anything that will help relieve that pressure is worth a shot. I see absolutely nothing wrong with giving something like Soul Ascension a try, as long as it doesn’t hurt anyone. The key is to be able to walk away from it, if it doesn’t supply the relief that it claims it will.

This is the duty of the seeker and is a responsibility that lies firmly on each one of us, that must be taken seriously.

There’ve been a lot of wildly popular methods offered in the past that promised to help our lives become better with a minimum of work. I don’t believe in easy fixes; I never have. Not knowing what a soul actually is, I can’t speak to whether or not Soul Ascension works, but it certainly is worth a try, for those willing to give it a go. I do worry about a philosophy that claims that almost anything that bothers us is an affirmation and a signpost to embrace that system.

The Importance of Conscious Work

I believe that if we live the best life we can, ethically and humanely, our spirit evolves. If we feel tension, based upon the woes of a society that ill treats its members, then it means that we are aware. That awareness is absolutely an aspect of enhanced consciousness. If we truly wish the best for others and try to find a way to help those in need, then we are undoubtedly ascending to a better frame of mind and a stronger version of ourselves. For me, it’s sensical not to consider the ailments we have and try to write them off as something positive. I’d rather look to those issues that bother me and work on their real sources, whatever they may be. Heartburn could be from eating pizza at 11 o’clock at night. An inability to sleep soundly, could have to do with financial worries that need resolution. A lack of desire in a relationship doesn’t have to be caused by the ascension of the soul, or an increase in vibration, but may be due to a lack of communication that could be improved with conscious work.

Everything we do to improve ourselves, any attempt to make our lives better and focus on the symptoms we have and follow their source, is betterment of ourselves and a form of ascension. It will make us feel better and that, in turn, will make us stronger. The strongest version of ourselves, that we can be, is undoubtedly what we should all aspire to. That’s more than good enough for me. 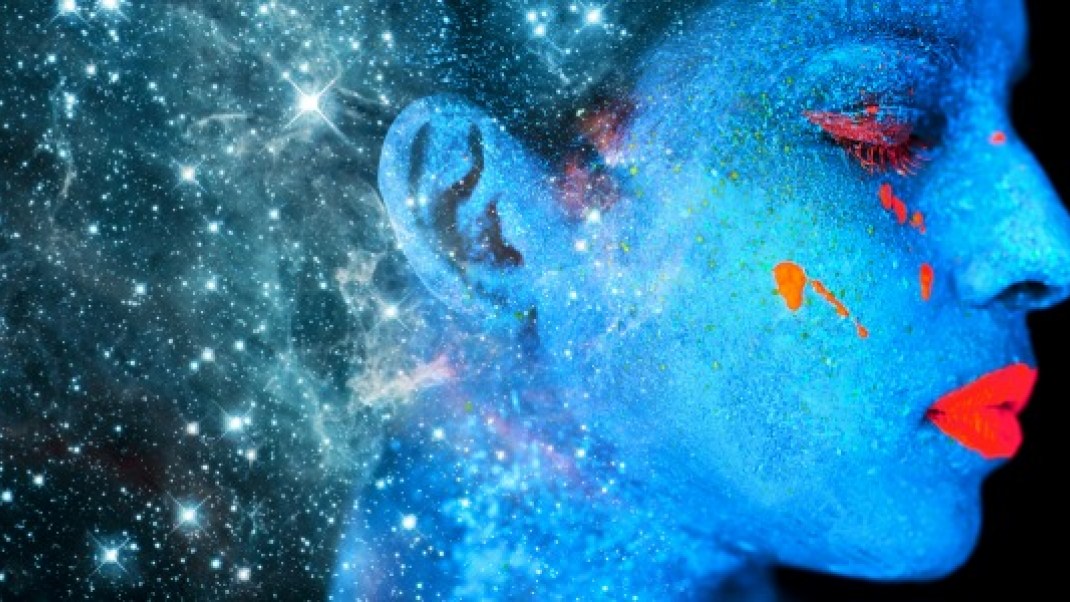 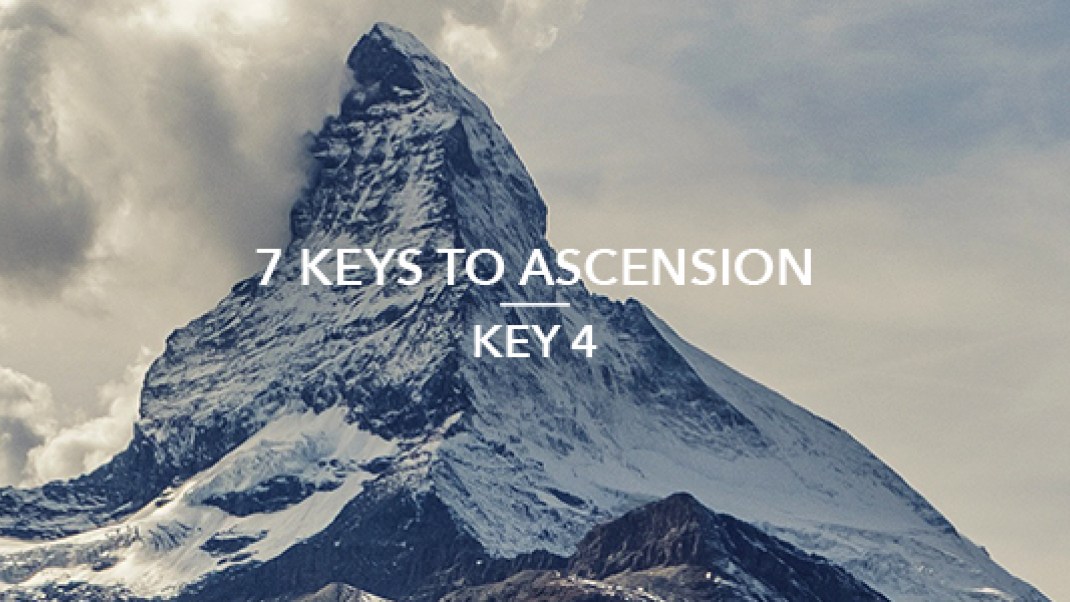 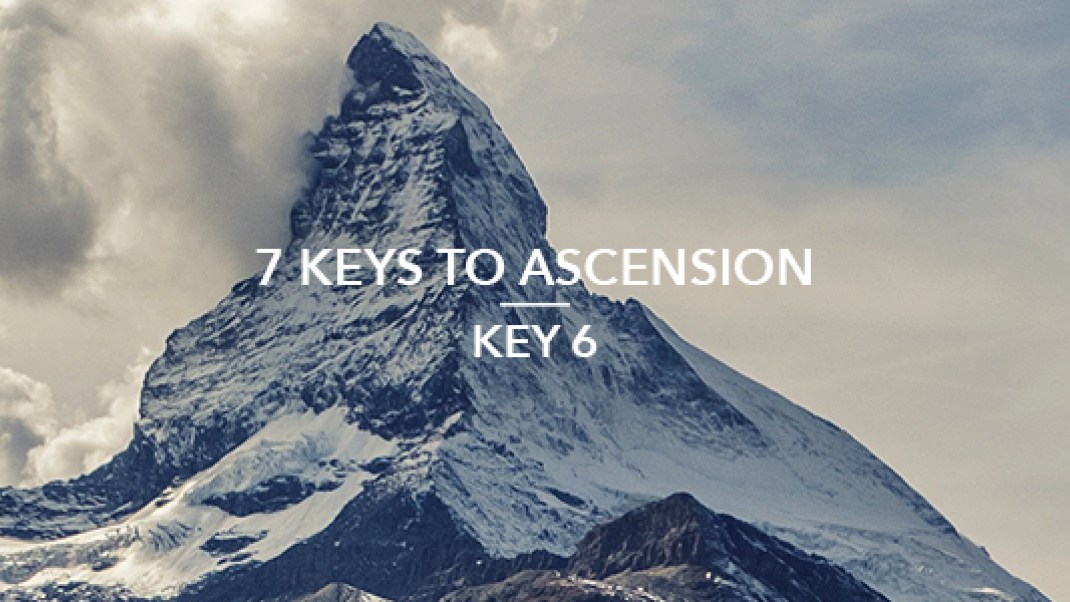 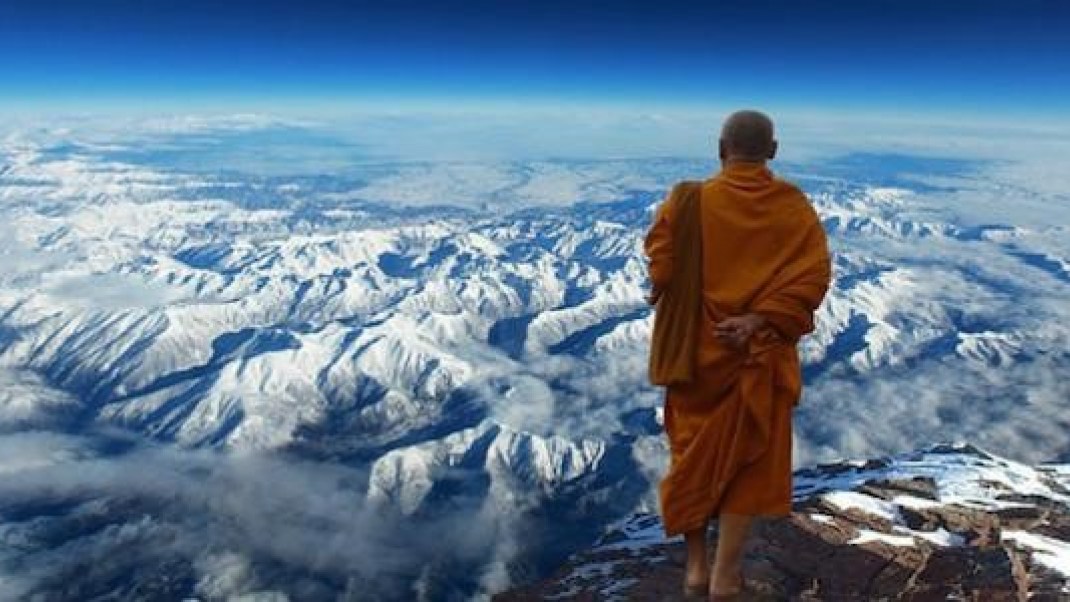 Becoming an Enlightened Being
November 20, 2015