Do We Live in a Holographic Universe?

The Holographic Universe idea suggests that our universe contains a hidden order that connects every point to every other point in the universe. It tells us the whole of the universe is in every gram, thus providing subtle connections between seemingly unconnected events and places. This perspective also relates to the idea of a simulated or virtual universe, whereby our sensory experience is just an illusion produced by an artificial reality.

When you look around your surroundings, you get the feeling you’re living in a three-dimensional world full of visceral shapes, textures, patterns, and objects of all types. You have the feeling that you can interact with these physical objects and get an instantaneous subjective feeling in your body of their depth, size, temperature, texture and weight. This gives you a sense of the physical space around you and your location within it.

But what if this experience of space, location, and depth is all an illusion, a construct of your mind that is beautifully sustained from moment to moment? What if the apparent solidity and shape of the world around you is, in fact, an incredibly well-orchestrated hallucination produced by your brain. Perhaps we live in a purely informational space where matter and energy are not our reality’s fundamental qualities.

Believe it or not, a theory in physics that has been gaining traction recently is the Holographic Universe idea. It suggests to us that our perception of three dimensions is the product of our mind decoding information that arises from a two-dimensional, flat world. This occurs in the same way that a computer constructs a realistic, moving computer game from billions of bits of ones or zeroes embedded in a CD or hard drive. In other words, our senses are only perceiving information and not real physical objects, people, or things. That feeling of physicality is an illusion produced by our brain.

Watch Nassim Haramein explain the concept of a holographic universe

The idea of the Holographic Universe began to gain popularity in the 1960s when physicists, like David Bohm and Karl Pribram, suggested that apparently coherent, wave-like properties of sub-atomic particles, something quantum mechanics could never explain easily, was produced by a subtle holographic ordering principle that exists at every point in the universe. Bohm later called this the “implicate order” of the universe. It suggests that every point in the universe is in some way connected to every other point.

Holography is something that you’re probably familiar with from seeing holograms, which are now embedded as security devices in credit cards. It looks three-dimensional but is actually embedded in a thin strip of film. You can see bigger holograms at theme parks and science museums, some of which really look like a 3-D object is right on front of you. You can walk around the object like it was really there, and see all the object’s details, but in reality, it’s just a ‘trick of the light.’ The hologram is just an image, the object isn’t really there, but its information is embedded in film and then projected onto space in a way that makes it look physically real. In a sense, the ‘whole is in every gram.’

Holograms are produced with lasers and two beams of light. One beam is reflected off the object onto a film. The other beam just acts as a reference. When a laser is projected through the film, the 3-D image comes to life. All the information is embedded in the strip of film. If you started cutting away or removing parts of the film strip, the image is still there, but it gets fuzzier and fuzzier as you remove more film. So, the whole image is actually in every part of the film.

What if reality works the same way? If we look at the way our brain works, it might be creating holographic images that look and feel 3-D to us, but in fact, are just bits of information stored on a lower-dimensional world. We wouldn’t be able to tell the difference because we spend our whole lives perceiving information through our brains.

This discussion came up in a big way with the discovery of black holes – objects with such gravitational force that they suck in all nearby light, far away in outer space. Everyone was wondering what happens to you or me as we approach a black hole; what exactly would happen to us? Or more specifically, what would happen to the information that makes up our brains and bodies? Where would it go?

A debate arose as to whether the information would all be destroyed forever, or whether it would survive on the surface membrane of the black hole. Physicists like Stephen Hawking suggested the information would survive holographically on the membrane for a while. Others suggested it would be destroyed and then emerge somewhere else. This became known as the Holographic Principle, and there’s a lot of discussion about this because the mathematics of black holes seems to be consistent with both quantum mechanics and Einstein’s relativity theory, something that has always been an issue in physics. For the longest time, gravity and quantum mechanics have never been compatible in a single theory.

The holographic idea has been used to help explain many phenomena that so far have defied explanation. Take remote viewing for example; how is it possible for someone to accurately perceive something at a distance and describe its color, shapes, and information so well? Perhaps, all the information of the universe is already ‘holographically’ embedded in every bit of space and the viewer just assembles the information that is already available to them. It was never far away to begin with. Similar explanations could be used to explain ESP, clairvoyance and precognitive phenomena. The idea is that even seemingly unconnected events have a hidden, yet persistent connection. Even though something looks like it’s far away from you, at another level it’s very close and you’re interacting with it in a subtle way.

Also, think about the idea of synchronicity; when seemingly unrelated events coincide in your life. When this happens, it seems like there is a hidden, almost spooky connection in the larger universe around you. How could unrelated events, people or places seem so correlated and orderly? Well, perhaps those things are already connected holographically, in a way that is not apparent to our mind but is nonetheless embedded in the fabric of the universe.

Then there is the idea of non-locality; when distant particles or objects are somehow correlated with one another. Quantum mechanics tells us that particles that have interacted in the past will be non-locally connected forever, and recent experiments support this. If you do something to one of the pairs of particles the other will instantly react, no matter how far away it is. This is known as quantum entanglement. But, how is this possible?

While the traditional Copenhagen viewpoint tells us that quantum entanglement is real, it doesn’t say how it happens. However, the holographic idea suggests that at a deeper level of reality there is an ordering principle embedded in the matrix of the universe. So, every point in space and time is connected to every other point making faster than light interactions possible.

Do We Live in Simulated Reality?

The holographic idea has been taken even further. Some suggest that if reality is just made up of bits of connected information, perhaps the whole universe is nothing but an artificial simulation much like a video game. After all, if you were a character in a video game, would you know it was just a game? It would seem real to you.

Perhaps what we see as ‘reality’ is just someone else’s simulation. Perhaps it was created by a deity or extraterrestrials just to see how we would survive in such a simulated universe. Or we could be kind of like a science experiment. Sure, our reality seems real to each of us, but how would we know the difference?

When we dream at night, we’re convinced, temporarily of course, that these dreams are really happening to us. When we wake up, we’re often relieved that what we were experiencing was just a dream. But how do we really know that our waking experience is not just a dream? One that we will someday wake up from.

Or are we living in a giant computer? If this computer were of sufficient power, perhaps it could create all moment-to-moment subjective experiences, kind of like the Holodeck on the Starship Enterprise in Star Trek. While this idea may seem like science fiction to us, it cannot be denied that the computers in our lives are getting increasingly sophisticated. Perhaps in our future, they will be so powerful that they can create a simulated or virtual reality that we experience as real. 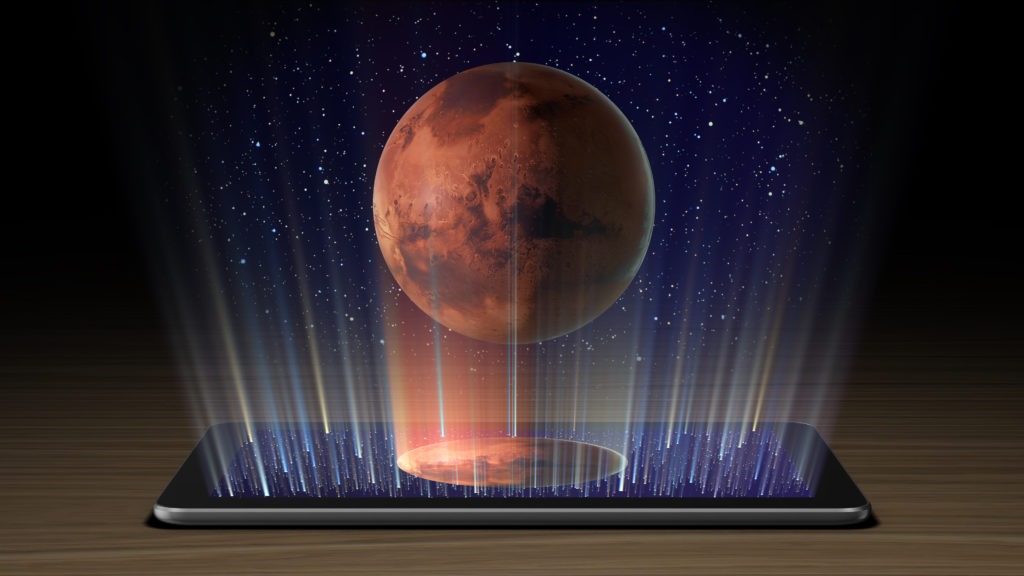 The problem with this point of view is that you can then ask, “what if the simulation itself is being simulated?” What it the beings who create our simulation are themselves someone else’s simulation? Where would it all end? This is known as a problem of infinite regress. As of yet, there is no answer to this question.

Personally, I don’t find the idea of a simulated reality very convincing, but I could be wrong. If you accept the idea that we live in a simulated reality, then we would have no free will, because we don’t exist independently of the simulation. We would just be like characters in a video game with no minds of our own.

Using Your Imagination to Create a Holographic Universe

Regardless of whether the idea of holographic or simulated reality is true or not, I often find it fun to imagine those seemingly unconnected events in my life are really connected in some way that I don’t fully understand. This can often create new ideas and insights into your life that you wouldn’t usually see. It creates the sense that you are responsible for your life and that you are influencing it in ways even you don’t fully understand. So, take time every day to imagine how different aspects of your life are connected and perhaps you’ll start seeing things in new and exciting ways. 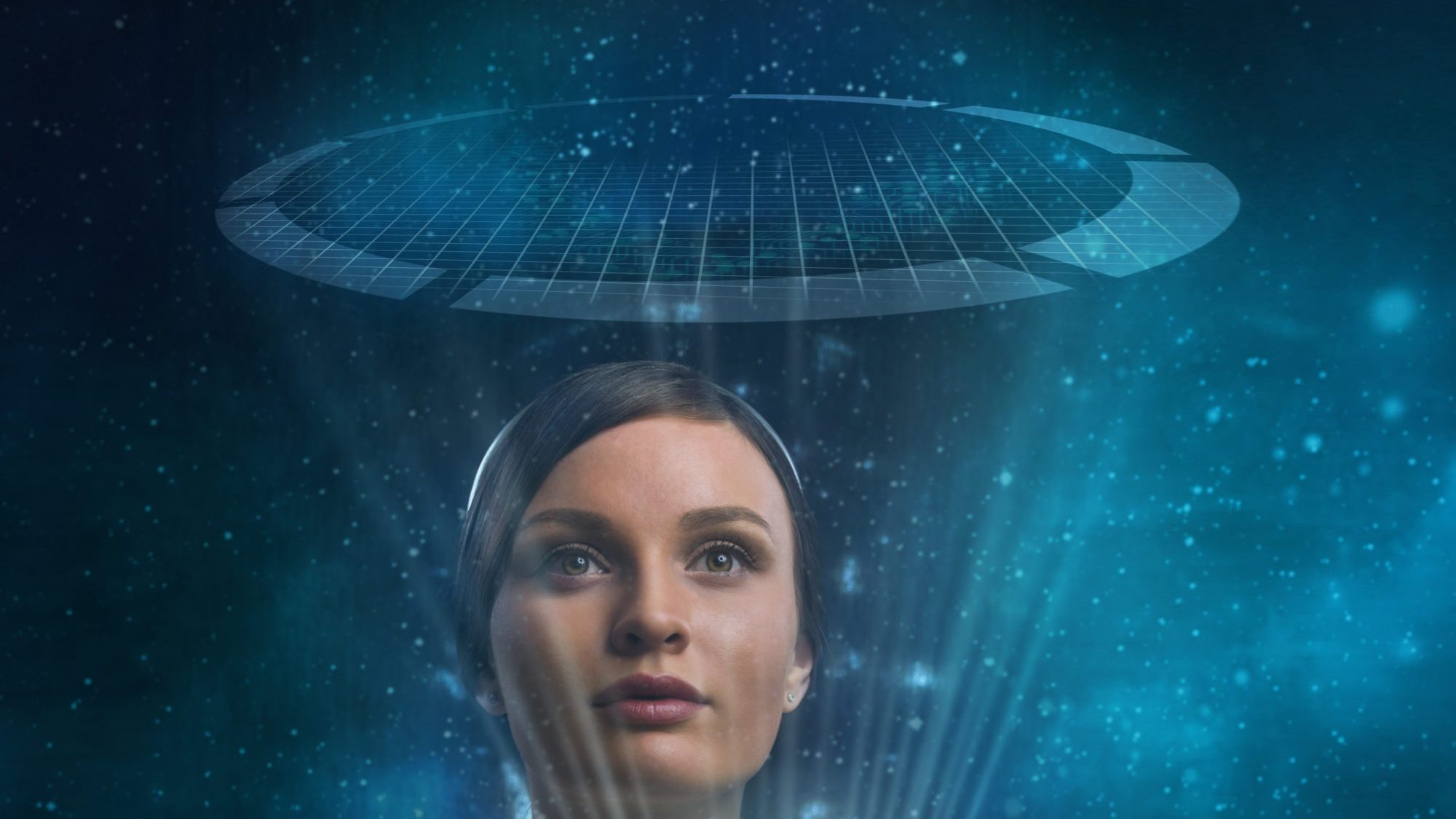 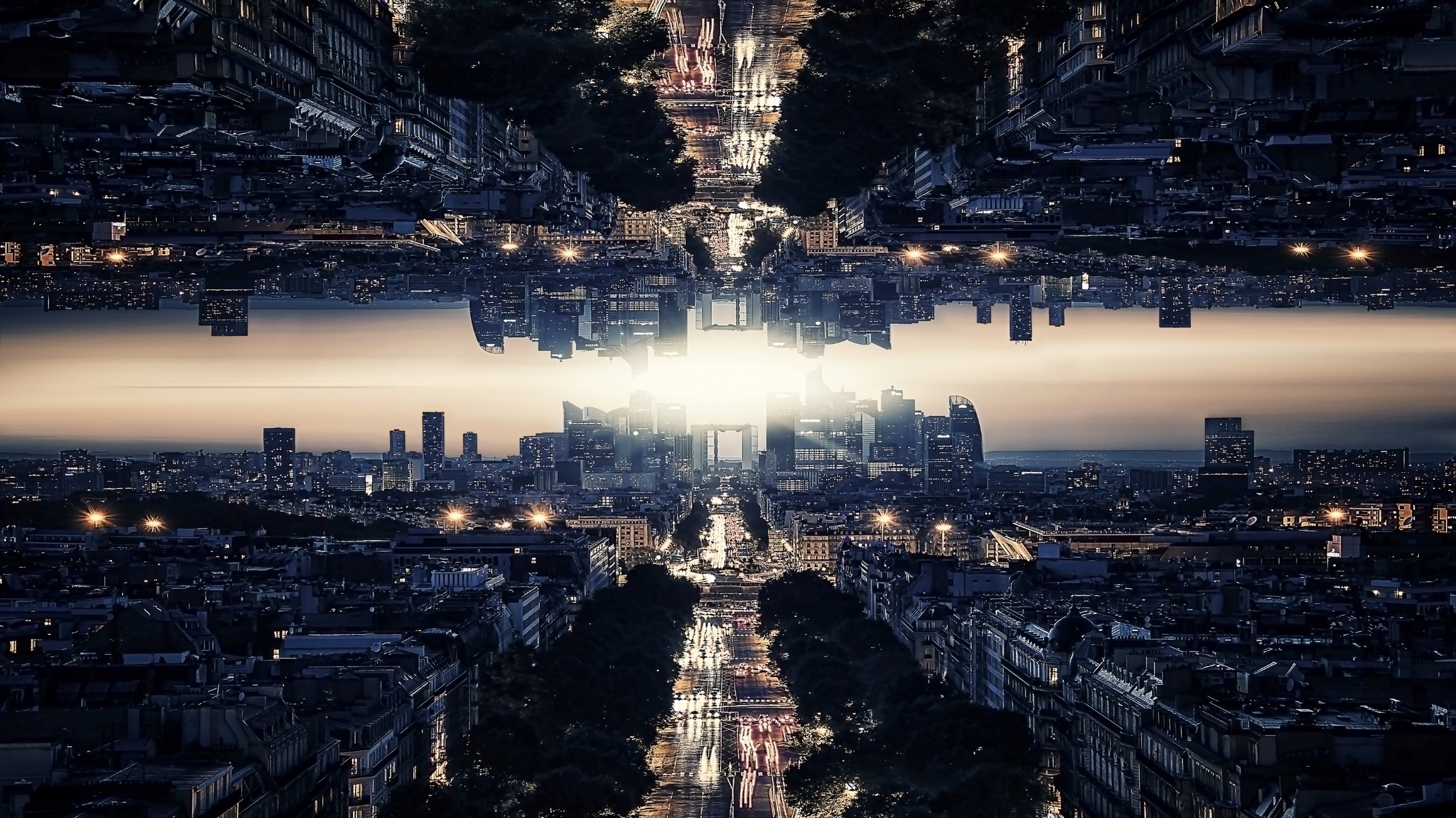 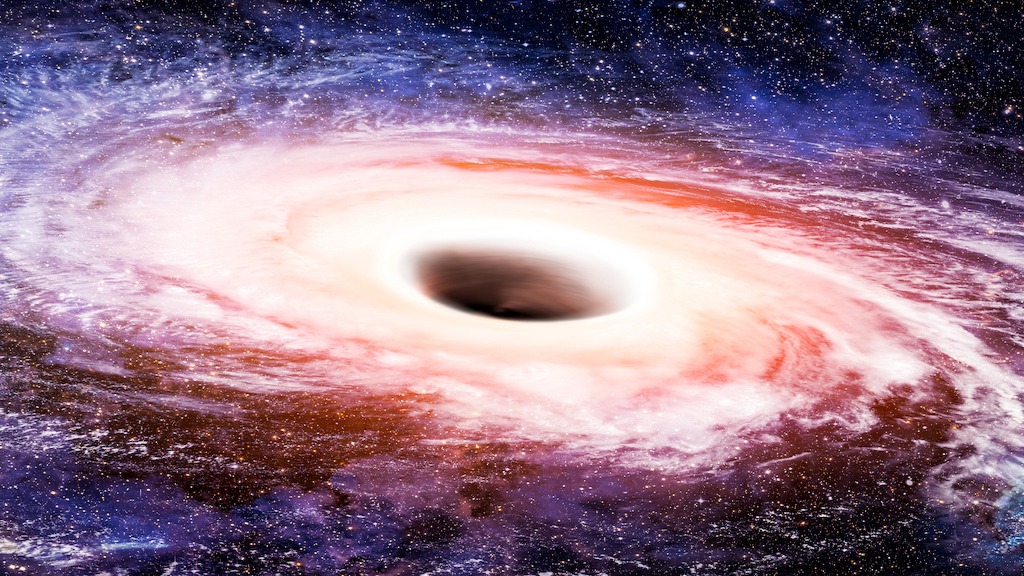 Are White Holes Real And Can They Connect to Parallel Universes?
August 20, 2019 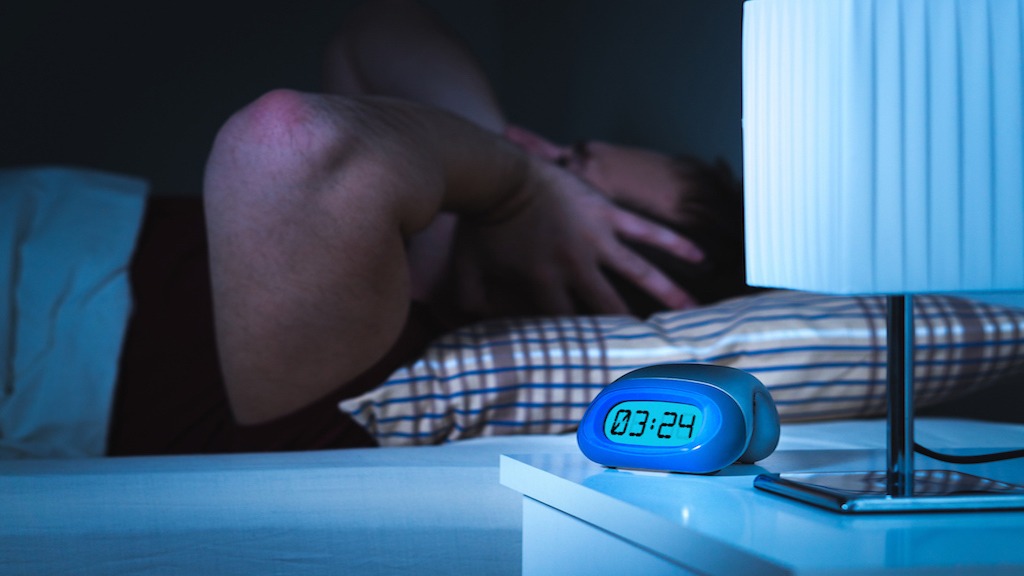