Just like the love we receive from our mothers and grandmothers, nature is a life-giving, lovable, and powerful healer. Is this interconnectedness and interdependence born from nature’s pre-engineered biology, or is there a type of plant consciousness? Are they sentient beings, with the ability to sense, feel, fathom, and communicate? The answer to this is more remarkable than you might imagine.

When we wander in the forest, we might be conscious of the abundant life around us. If we allow ourselves the opportunity, we might understand that when we walk among flowers and trees, our bodies, minds, and hearts are healed in some way. As we absorb the luscious beauty around us, somehow, with limited effort, we feel cleansed from head to toe. This is not just a feeling, it’s often a reality.

We see a robust and majestic pine tree, drenched in sunlight and surrounded by wet earth. Thirty feet away we see its equally vital twin in the shade, surrounded by dry soil. Scientists say that it’s not only that the twin tree has roots that will reach to the nearby wet ground for sustenance, it’s also that these two trees share nutrients and messages via an intricate underground network. This is why the tree in the shadows is as healthy as her sunlit neighbor.

“You know what a lima bean does when it’s attacked by spider mites? It releases a volatile chemical that goes out into the world and summons another species of mite that comes in and attacks the spider mite, defending the lima bean. While we have consciousness, toolmaking, and language, plants have biochemistry.” — Michael Pollan

As far back as the 1980s, researchers like Frank Kühnemann at Germany’s Institute for Applied Physics at Bonn University, have worked to understand how plants communicate. It’s not airy-fairy curiosity that gave birth to this pursuit; it originally began to help farmers understand why their crops soured when stored in local silos or during intercontinental transport to foreign nurseries.

Originally developed by scientists at the Catholic University of Nijmegen in the Netherlands and later improved-upon by The Institute for Applied Physics, a unique acoustic device was built to evaluate plants’ stress levels by measuring the energies of ethylene gas molecules provoked with lasers.

During harvesting, cultivation, drought, and after exposure to salt, poor ozone quality and cold air, plants emit ethylene gas. While they emit the gas when being eaten, attacked, or cut, they also emit the same levels of ethylene when their fruit is ripe.

That amazing smell after you cut your lawn?

The result of the grass reacting to being cut.

The German acoustic device determines the stress level of the plant by converting the levels of ethylene gas into corresponding sound waves. This helps us understand the levels of “pain” and stress the plants are experiencing.

Acoustics-based research surrounding plants has given farming a boost. More specifically, it’s helped farmers understand that storing apples with other crops can damage the other crops. This research also points to the stress that plants experience during travel, given certain types of plant-based traveling companions.

The results of these experiments and many since have shown us plants can respond and react to their experiences. They can also remember and learn from their experiences and can make adjustments based on what they’ve learned. Plants emit gases and chemicals into the soil around them and send messages through their roots to nearby plants. Suffice it to say that the world of plants is mind-blowing.

“Never go to a doctor whose office plants have died.” — Erma Bombeck

Do Plants Have Feelings?

When hearing that plants react and feel “pain,” your heart might fill with compassion and empathy. You might want to start a new organization aimed at protecting plants from cruelty! Certainly a noble pursuit.

While there are similarities among humans, animals, and plants, it’s important to consider that a plant’s purpose and systems are mostly dissimilar to those of humans and animals. When a human feels pain, they cry. When plants are cut or stored alongside rotting apples, they emit ethylene gas. This doesn’t mean the plant doesn’t feel pain, it means we have a lot to learn about the nature of plants, especially as it relates to the notion of suffering.

While humans, animals, and plants all have unique systems for connecting and each has a distinct cry for help, plants don’t have the same cortex and therefore, do not think and feel in the same way humans and animals do.

It’s within thinking that emotions arise. And it’s during the expression of emotions that we understand when a creature is in pain. That said, plants clearly have their own thinking and feeling systems, many of which we have yet to understand.

It begs the question, what is a vegan to do? If my cucumber can feel my bite, should I become a Breatharian? For now, vegans should probably continue to eat vegetables, but feel free to be more loving and grateful when you bite into them!

Although it started with the exploration of what seemed to be an insane premise, plants, just like humans and animals, can be shy or aggressive, connected or reclusive, and givers, receivers, or both. Upon certain conditions, plants will also warn their neighbors about impending attacks, problems, and the abundance and depletion of nutrients within the plant’s network.

Science seems to agree. According to Velemir Ninkovic, an ecologist at the Swedish University of Agricultural Sciences, “Plants … use signals to avoid competing situations and to prepare for future competition.”

By all accounts, it appears that plants are resourceful, proactive, communal and most certainly communicative.

“God sleeps in the minerals, awakens in plants, walks in animals, and thinks in man.” — Arthur Young 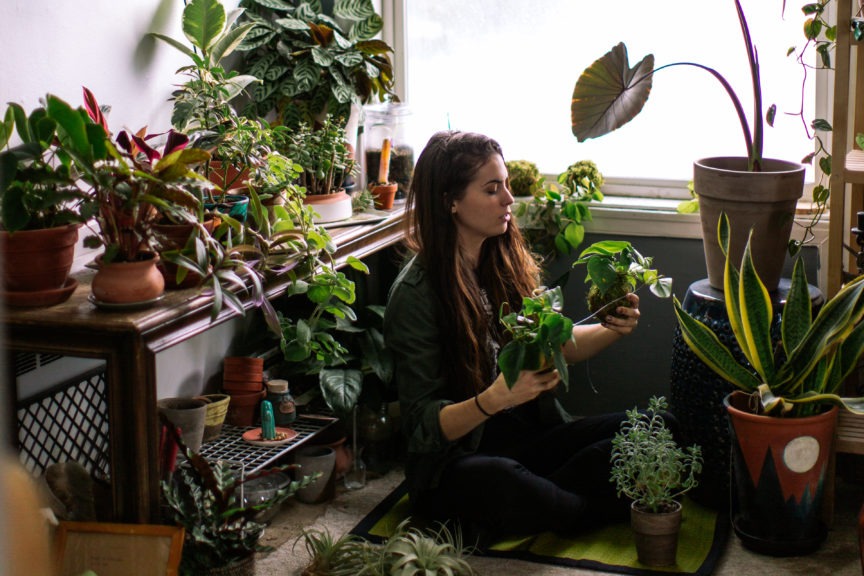 According to Kenneth Worth, Ph.D., “Plants produce serotonin, GABA, and melatonin, which act as hormones and neurotransmitters in animal brains, though it’s not yet known what they do in plants. Intriguingly, drugs such as Prozac, Ritalin, and amphetamines can disrupt these “neurotransmitters” in plants.”

Putting all the pieces together, here’s what plants can do:

Related to the above, if we can give plants even the slightest benefit of the doubt, it must be probable that plants are sentient.

What Do You Feel Around Plants?

While the scientific and hippie ideologies surrounding plants might not always be aligned, what’s most important is what we each feel and sense around plants. Do you talk to your plants? Do you touch them with love? Whether you’re an academic researcher, holistic healer, or magical wizard living in another realm, plants give us oxygen, life, colors, and vibrations, all of which provide measurable benefits.

Plant Research in India and China

In 1962, Dr. T.C. Singh, the head of Botany at an Indian University, concluded that plants exposed to music experienced accelerated growth. He also found that the violin provided the most value in this area. Other scientists over time have concluded that classical music has a profound effect on plants’ health. Dr. Singh also found that barefoot, traditional Indian dancing in the same room as the plants caused them to flower two weeks earlier than previously recorded.

Physicist and Indian plant physiologist Sir Jagadis Chandra Bose, concluded after decades of researching the effects of environments on plants that, like humans, plants are sensitive to noise and nurturance. He also concluded that plants feel pain and understand affection.

In China’s Fujian Province, farmers claim their crop yields increased and grain size significantly improved when using sound systems to play Buddhist chants in and around their fields.

It seems undeniable that plants are sensitive in similar ways to humans and animals. Even with gaps in scientific research, there appears to be consensus around the notion that plants sense, feel, fathom, and communicate.

Enjoy and connect with your plants, receive their rich abundance when wandering in the forest, and share your love with all living beings in your life. 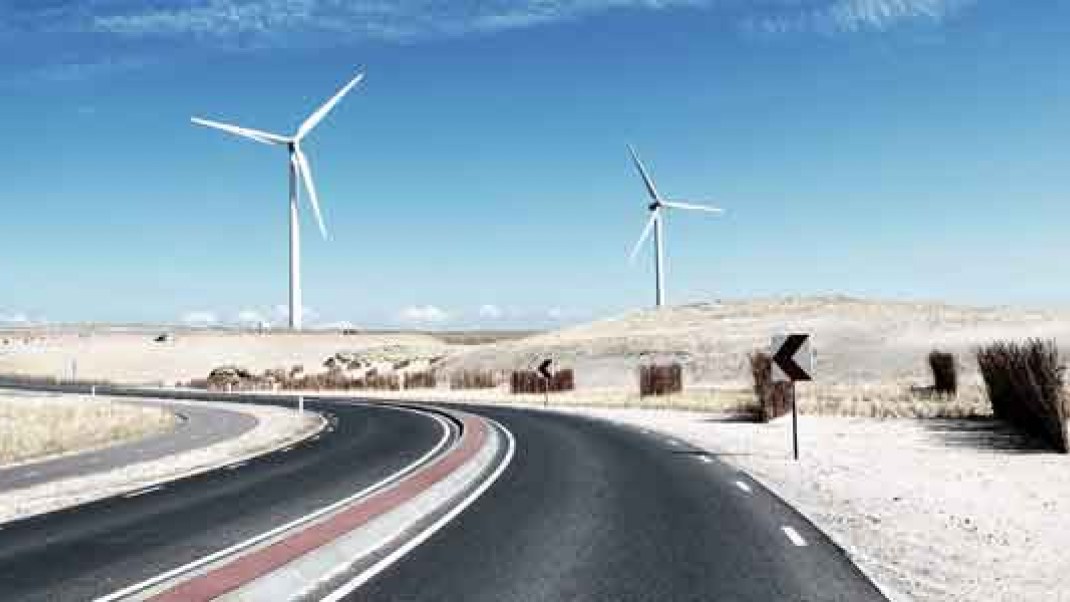 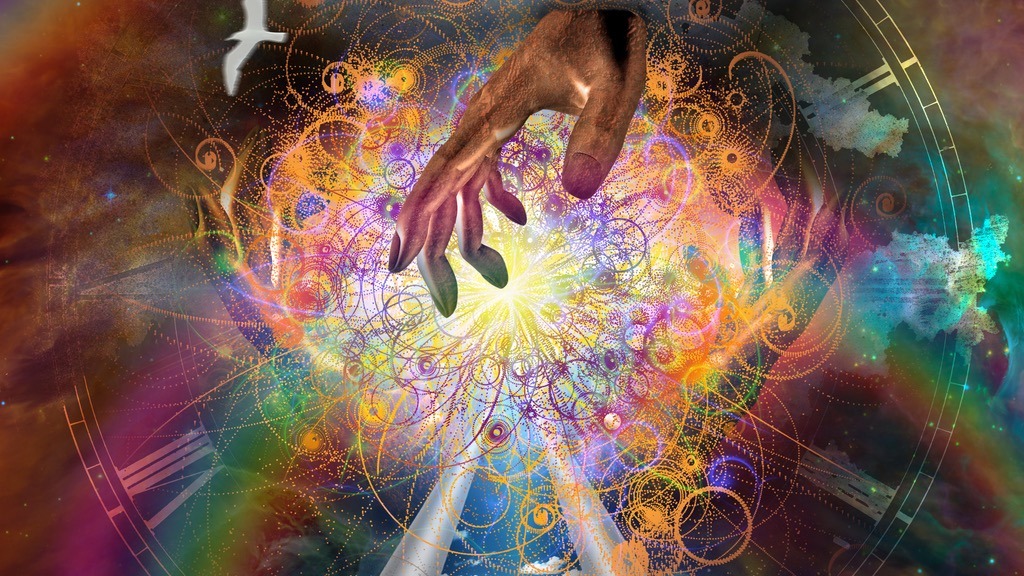 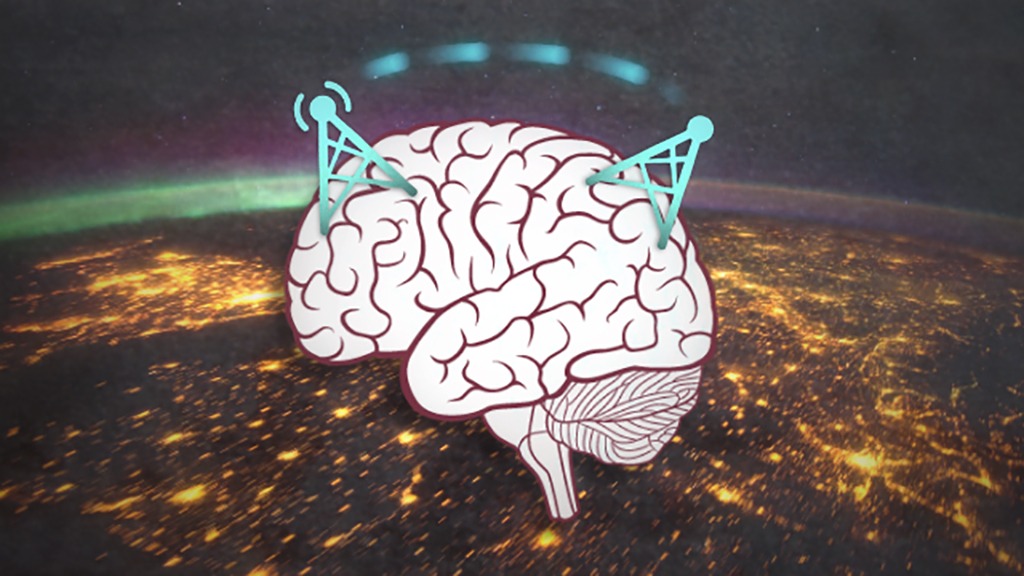 Tiny Crystals In Our Brain Could Unlock Psychic Powers
December 19, 2019 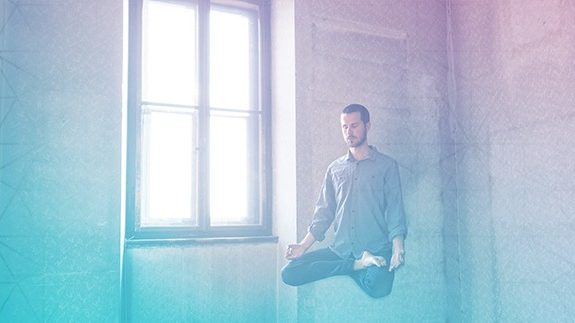